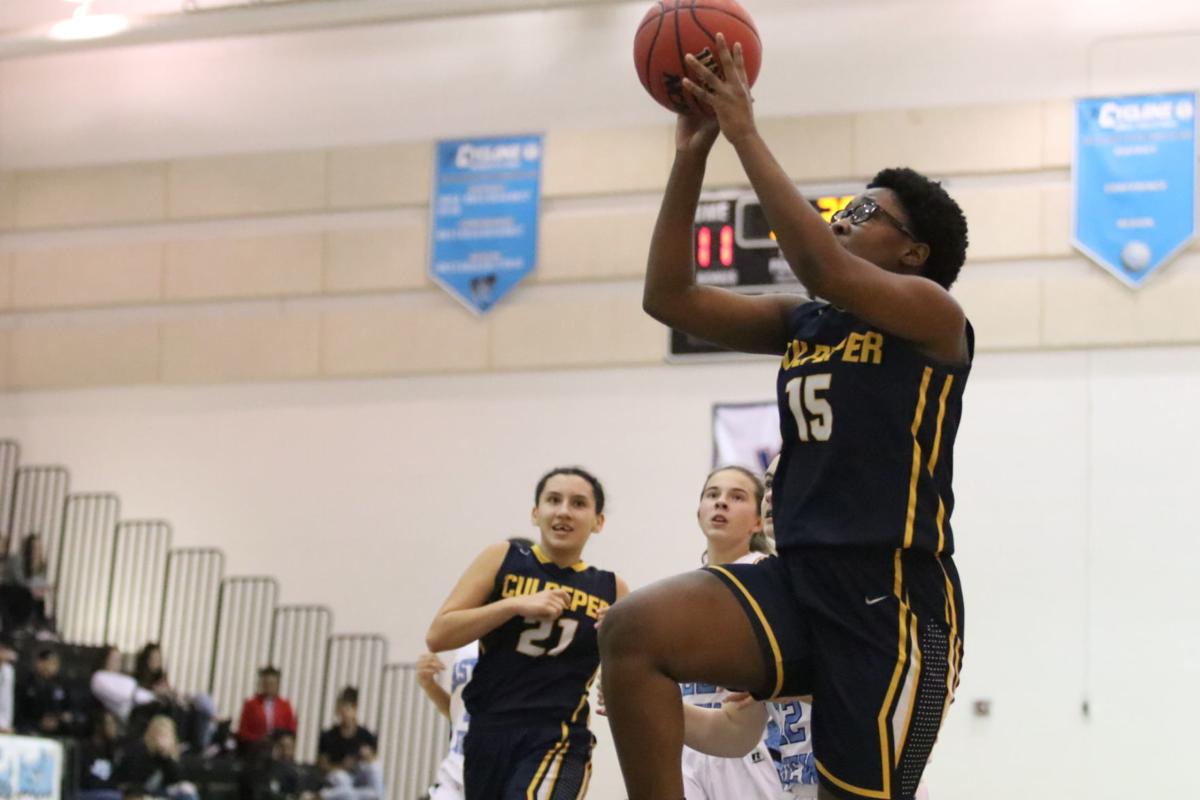 Culpeper County’s Camryn Patterson goes up for a shot during the J.V. Blue Devils’ 33-24 win over Eastern View on Thursday night. 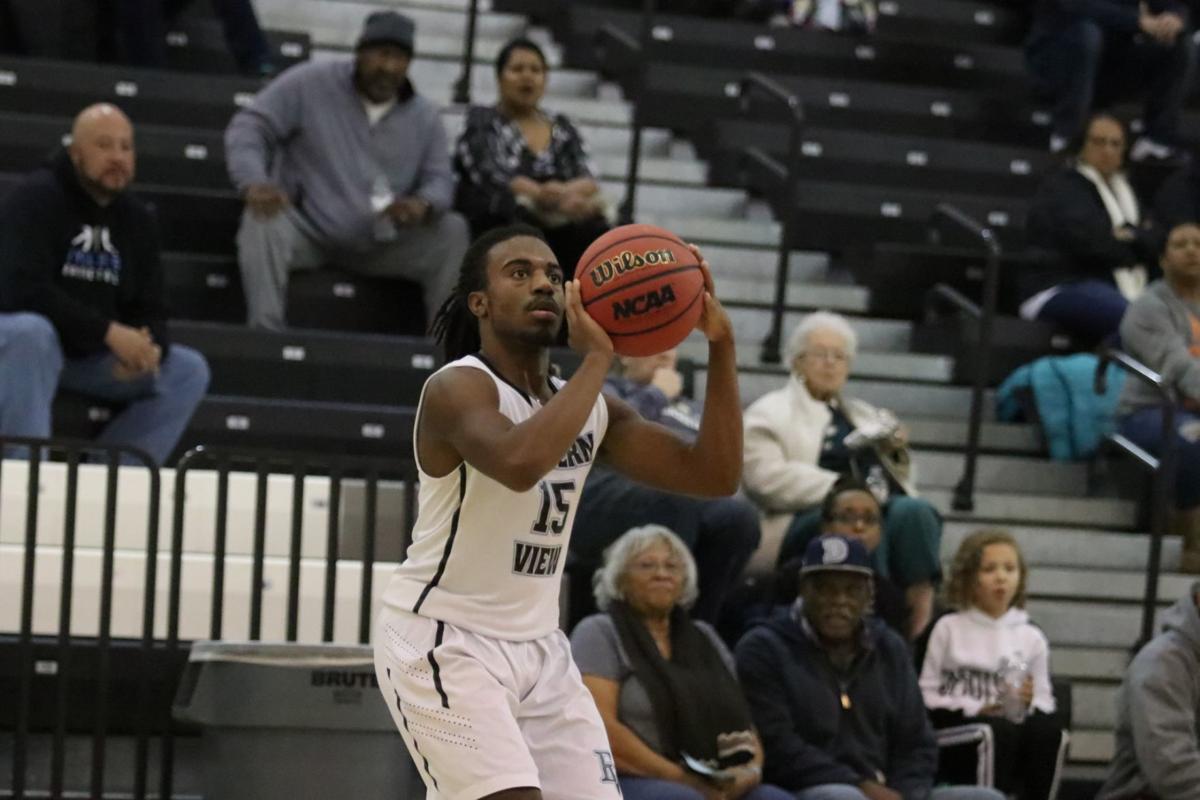 Culpeper County’s Camryn Patterson goes up for a shot during the J.V. Blue Devils’ 33-24 win over Eastern View on Thursday night.

The crosstown rivalry between the Eastern View and Culpeper County J.V. girls and boys basketball teams took center stage for the first time this season on Thursday night at Eastern View.

The girls took the court first, with the visiting Blue Devils earning a 33-24 victory over the Cyclones.

Culpeper (2-0) led the whole game, building a 20-9 lead at halftime and coasting from there.

Julianna Groves had 14 of the Blue Devils’ 20 first-half points on her way to finishing with a game-high 17.

Eastern View (1-1) managed to pull within three points by the end of the third period, but could draw no closer.

“We wanted to come out and play with a lot of intensity tonight,” Culpeper head coach Cody Young said. “[Eastern View] came out with a lot of intensity as well, so credit to their coaching staff for getting them up for the game. These games are always fun, especially with the whole community watching. Ultimately, I think my girls played really hard against a team that played them really hard as well.”

The Eastern View boys team had no trouble finding its offense in the nightcap, cruising to a 67-42 win.

By halftime, the Cyclones had built a 44-18 lead. They tacked on another 21 points to extend their advantage to 65-25 through three quarters.

Justin Corbin connected on four 3-pointers to finish the game with 16 points for Culpeper.

“It’s always good to win the crosstown rivalry,” Eastern View head coach Mike Russell said. “There is a lot of talent at both schools and we’re all friends. It was nice to be able to get everyone some playing time tonight.”