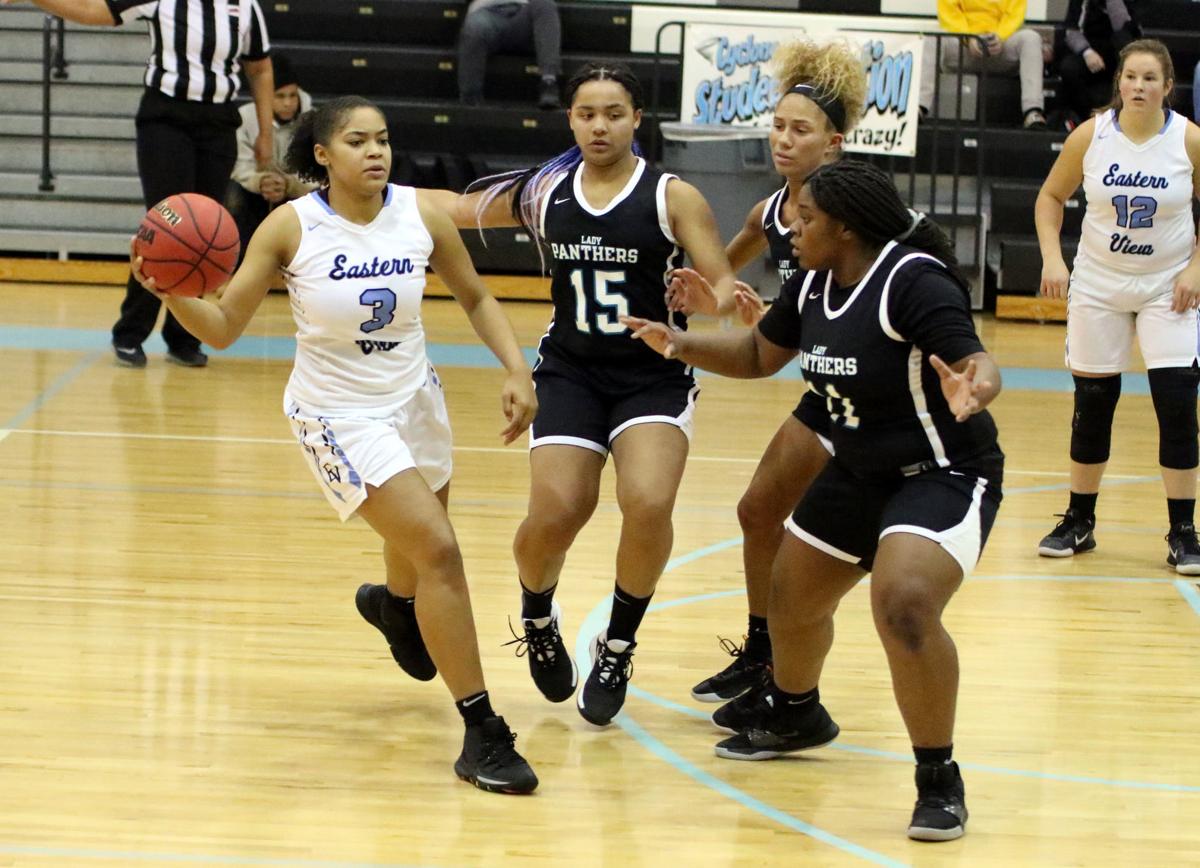 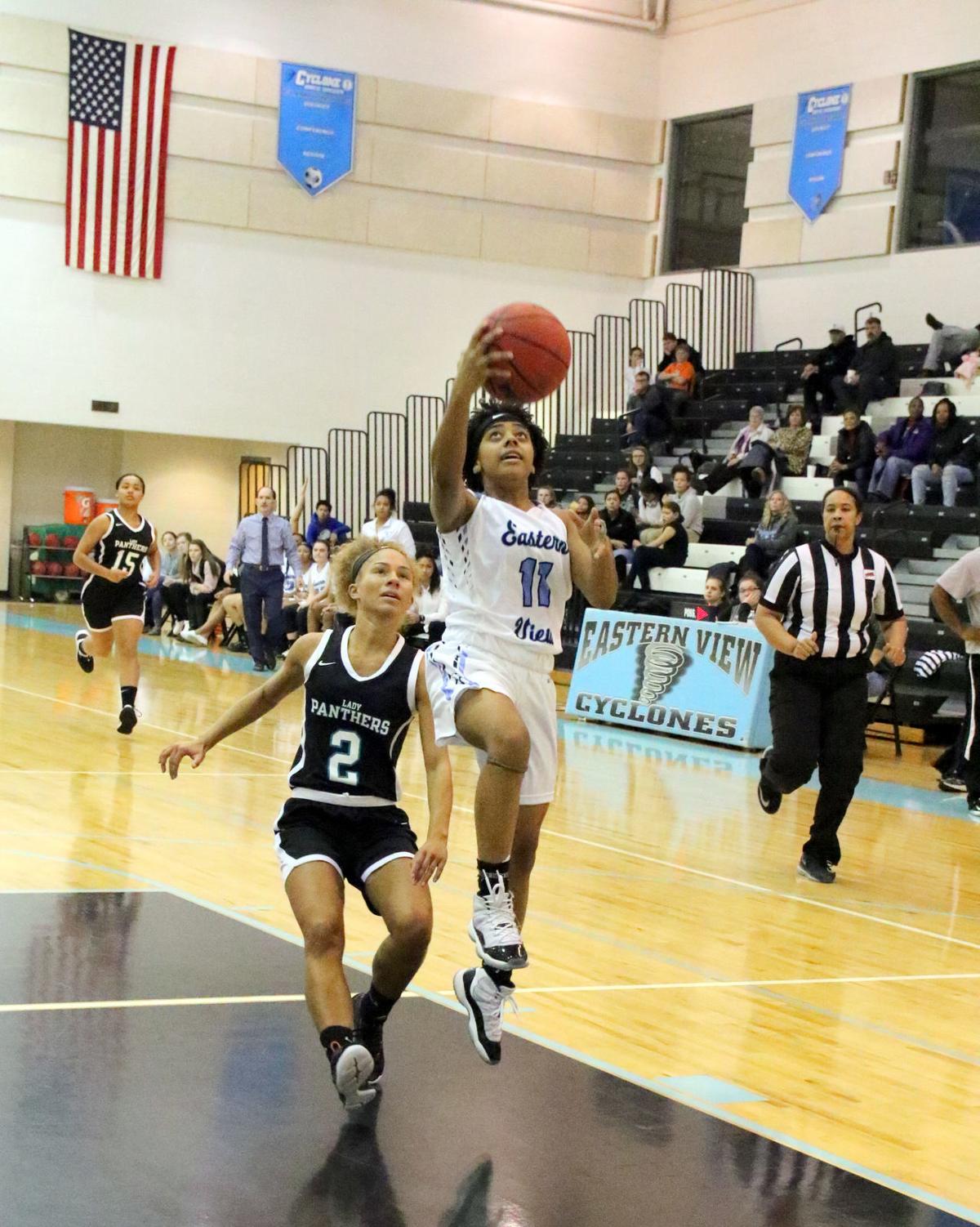 Prior to the start of the season, Eastern View girls basketball coach Mike McCombs said he wanted to figure out what kind of team he had early in the campaign.

On Thursday night against Massaponax, he got his answer.

The Cyclones rallied from a 16-point deficit after three quarters, pulling as close as three before the visiting Panthers held on for a 70-63 nondistrict victory.

Despite the setback, McCombs discovered he has a squad that will fight, hustle, and not give up the until the final buzzer sounds.

“You never like to lose, but I loved the fight that they had,” McCombs said. “Massaponax is a heck of a team. They shoot the ball well, their point guard is tremendous, and they're big inside.”

Led by junior guard Terese Greene, Eastern View (2-1) turned a 58-42 deficit into a 64-61 nailbiter with 1:08 to go in the game.  However, Greene fouled out with 17 seconds left, and Massaponax's Kyla Coles connected on both of the ensuing free throws to seal the win.

Greene and Coles were both spectacular for their respective teams.  Greene finished the night with 20 points, while Coles totaled 29 and went 10-of-12 from the free throw line.

“Kyla has been out the last three seasons with a knee injury,” Panthers head coach Ramon Hounshell said. “She really is the key to our success so far.”

The Cyclones also received stellar play at the point guard position from Trinity Washington, who scored 10 points and defended Coles throughout the contest.

“Those are two of the best point guards in the area,” McCombs said of Coles and Washington. “They really went at it all night long.”

Eastern View looked to be in control early on after building a 14-6 lead with a little over three minutes remaining in the first period. A euro step by Greene punctuated the hosts' early spurt, bringing the crowd to its feet and forcing Massaponax to call a time out.

Whatever Hounshell said to his squad in the huddle, it worked, as a bevy of turnovers and second-chance opportunities helped the Panthers take an 18-16 lead by the end of the frame.

The second quarter is where Massaponax (2-1) did the bulk of its damage, as the Panthers knocked down six 3-pointers to build a 42-31 halftime edge.  Raine Tweedy connected on three of those, while Kyla Coles had two and Aryonna Coles added one.

Tweedy went on to finish the game with 24 points.

“I knew this was going to be a game of runs,” McCombs said, “We’re a talented team. We just have to get mentally strong and learn to play through adversity. The fight was there tonight though and that was the important thing.”