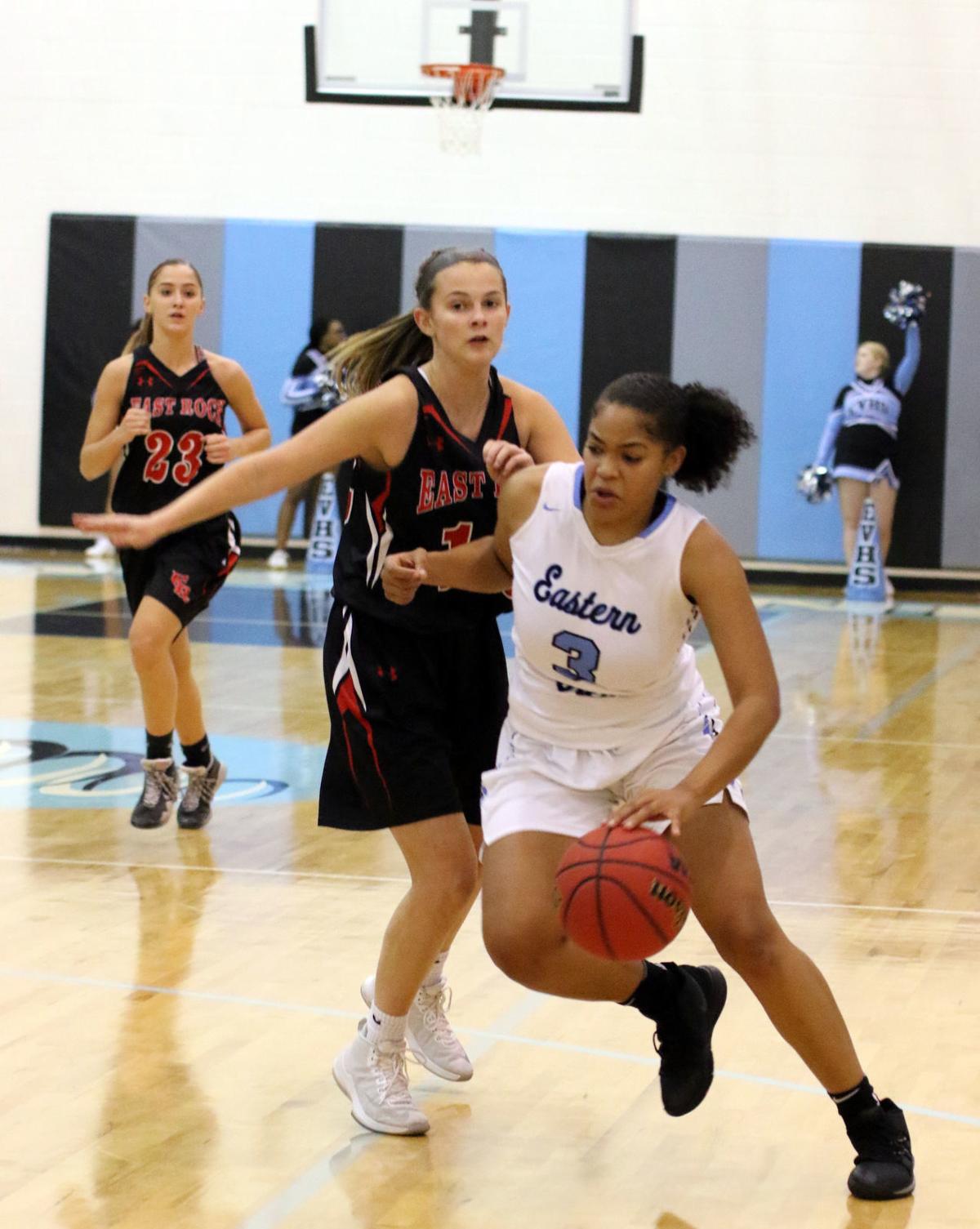 Eastern View’s Terese Greene drives to the basket for some of her game-high 19 points in the Cyclones’ 58-25 win over East Rockingham Tuesday night. 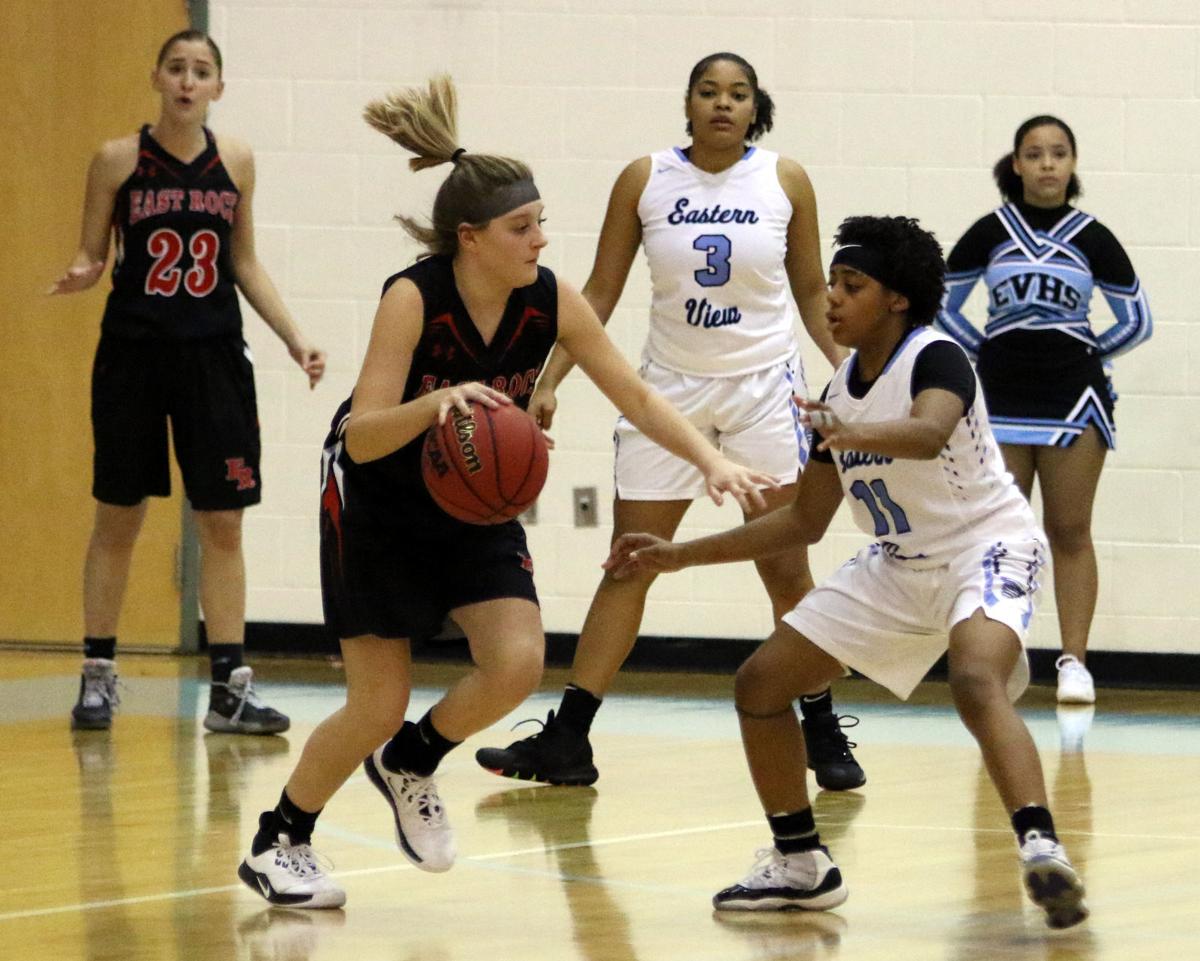 Eastern View’s Terese Greene drives to the basket for some of her game-high 19 points in the Cyclones’ 58-25 win over East Rockingham Tuesday night.

During the preseason, Eastern View girls basketball coach Mike McCombs made it no secret that he expected his team to win games by utilizing its speed and athleticism at both ends of the floor.

During Tuesday night’s season opener with visiting East Rockingham, the Cyclones gave their coach, as well as everyone in attendance, a glimpse of what that might look like.

Behind a game-high 19 points from Terese Greene and a suffocating defense that forced 40 turnovers, Eastern View coasted to a 58-25 nondistrict victory over the Class 2 Eagles.

“I thought we did a pretty good job defensively, which was the key to the game,” McCombs said. “We didn’t play the best; we had a lot of balls go through our hands and we didn’t finish as consistently as we’d like to, but the defense was solid.”

The Cyclones broke the game open during the middle two quarters, when they squeezed and trapped the Eagles into coughing up the ball 19 times. The frequent miscues turned a 10-5 Eastern View lead after the opening period into a commanding 39-18 advantage after three.

“That’s our goal,” McCombs said of his team’s full-court pressure. “We’re going to try and turn teams over so we can get out and run in transition with the athletes we’ve got.”

Greene did most of her damage during that time as well, scoring 11 points—mostly on layups and free throws that were a direct result of East Rockingham turnovers.

“The points are always going to be there for her, but I think she’s going to show everyone this year how improved she is defensively,” McCombs said of Greene, who notched six steals on the night. “She’s worked hard to become a more complete player.”

While no other Cyclone reached double figures, all 11 of them found the scoring column. Christa Brown connected on all three of Eastern View’s 3-pointers on her way to nine points, while Trinity Washington and Gianna Gilmore each chipped in six.

The Eagles were paced by Alexis Baugher’s six points.

The Cyclones have a week off before they return to action with a nondistrict matchup at Orange County next Tuesday. McCombs said there’s plenty of work to be done between now and then.

“We’ve got quite a few things to clean up,” he said. “We turned the ball over 20 times and missed a lot of layups, just to name a few.”