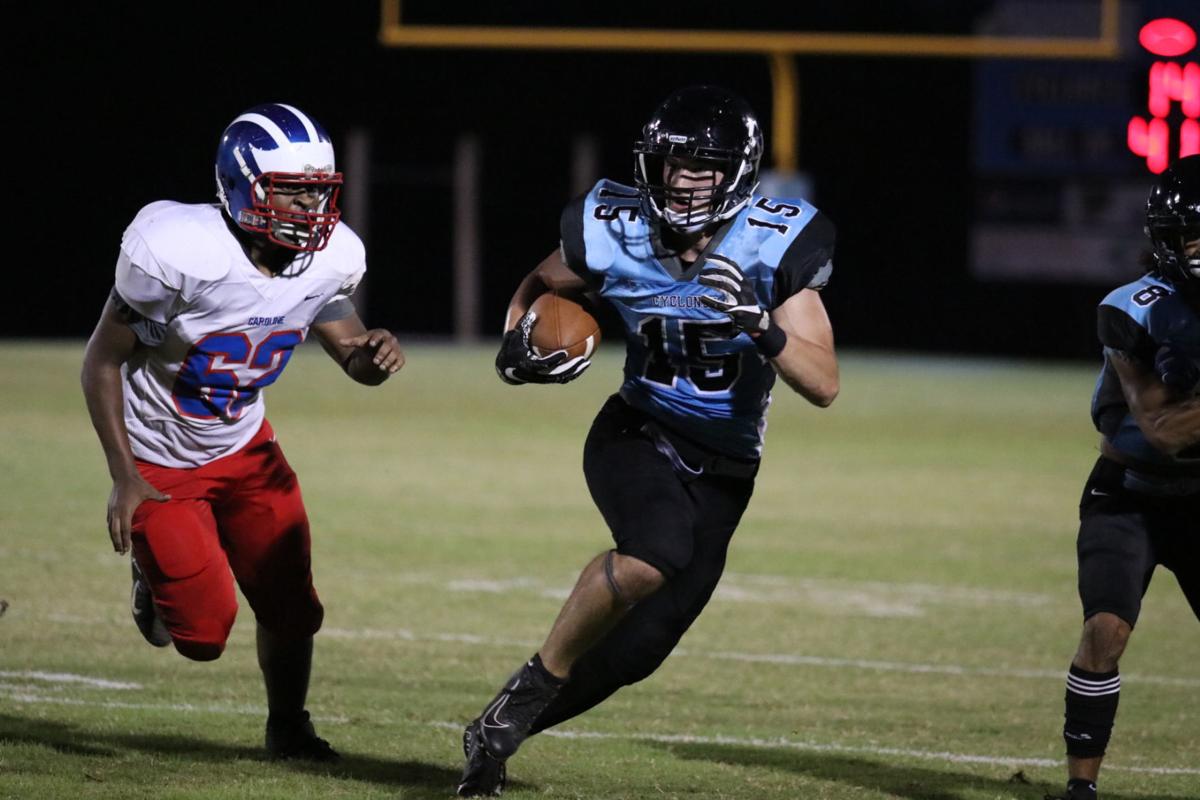 Eastern View’s Blake Leake (center) eludes Caroline’s Aaron Brown (left) during a game earlier this season. Leake and the Cyclones host Chancellor tonight with seeding in the Region 4B playoffs at stake. 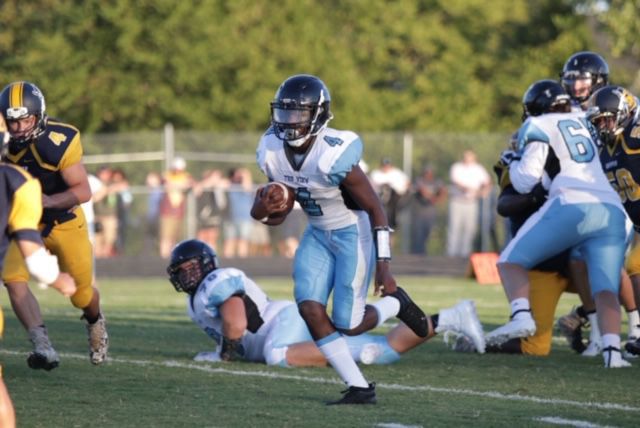 Raq Lawson, center, will try to help Eastern View defeat Chancellor and wrap up the No. 3 seed in the Region 4B playoffs on Friday night.

Eastern View’s Blake Leake (center) eludes Caroline’s Aaron Brown (left) during a game earlier this season. Leake and the Cyclones host Chancellor tonight with seeding in the Region 4B playoffs at stake.

Raq Lawson, center, will try to help Eastern View defeat Chancellor and wrap up the No. 3 seed in the Region 4B playoffs on Friday night.

For much of this season, it looked like the biggest challenge the Eastern View football team might face would come in the form of a Louisa County squad hungry to avenge a heartbreaking loss to the Cyclones in last year’s Region 4B semifinals.

My, how things can change in a heartbeat.

Eastern View, which was the No. 2-rated team in the Region 4B power-point standings just a week ago, saw its 44-game regular-season winning streak—and its grip on the aforementioned No. 2 spot in the region—go up in smoke in a 18-14 loss at Spotsylvania last Friday night.

To make matters worse for the Cyclones (8-1 overall, 4-1 Battlefield District), they lost senior Chance Graves—a standout on offense defense and special teams—to a season-ending knee injury even before that crushing defeat.

Graves has scored nine touchdowns for Eastern View this year: five receiving, two rushing, one via kick return and another on a punt he blocked before scooping and scoring.

Now No. 3 in the region, the Cyclones will attempt to hold fort by closing out their regular season with a victory tonight over a Chancellor team that has its sights set on a playoff berth for the first time since 2016.

“We know we can’t overlook anyone, especially after last week,” Eastern View head coach Greg Hatfield said. “[Chancellor] has a shot to make the playoffs, especially if they can beat us.”

If the Cyclones can get past the visiting Chargers, then they’ll lock up the No. 3 slot, which could lead to a very intriguing region quarterfinal matchup with current No. 6 seed Dinwiddie. Eastern View topped Dinwiddie 45-35 in last season’s region title game.

“We can’t worry about playoff scenarios,” Hatfield said. “All we can control is what we do on the field, and then we have to let the chips fall where they may with the dozen or so different potential scenarios that exist.”

In order to take care of business against Chancellor, Eastern View will have to contain Trevin Edwards.

Edwards, the Chargers’ junior quarterback, is the Battlefield District’s most accurate passer. He’s 85-of-131 (64.9%) for 1,342 yards with 14 touchdown passes and no interceptions. While his completion percentage and lack of a blemish through the air are both tops among district signal callers, his yardage total ranks a very respectable second as well.

“He’s very dangerous, both with his arm and his legs,” Hatfield said of Edwards. “We have to find a way to make someone else beat us other than him.”

Edwards’ top target is senior Kim Carruthers, whose 481 receiving yards is second only to the Cyclones’ Alex Spangler (486).