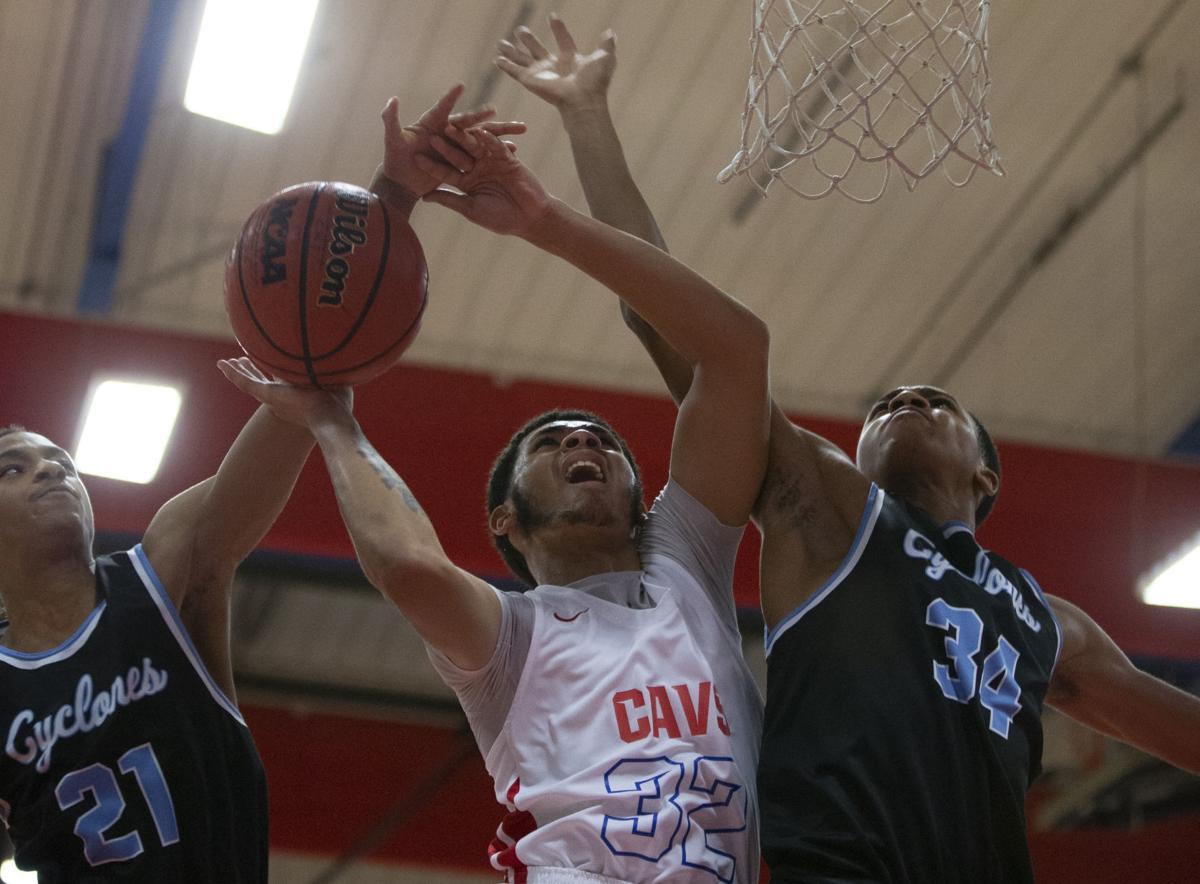 Meme Melvin, left, is the only returning Eastern View player from last season’s team while Spangler and Blake Leake recover from injuries. 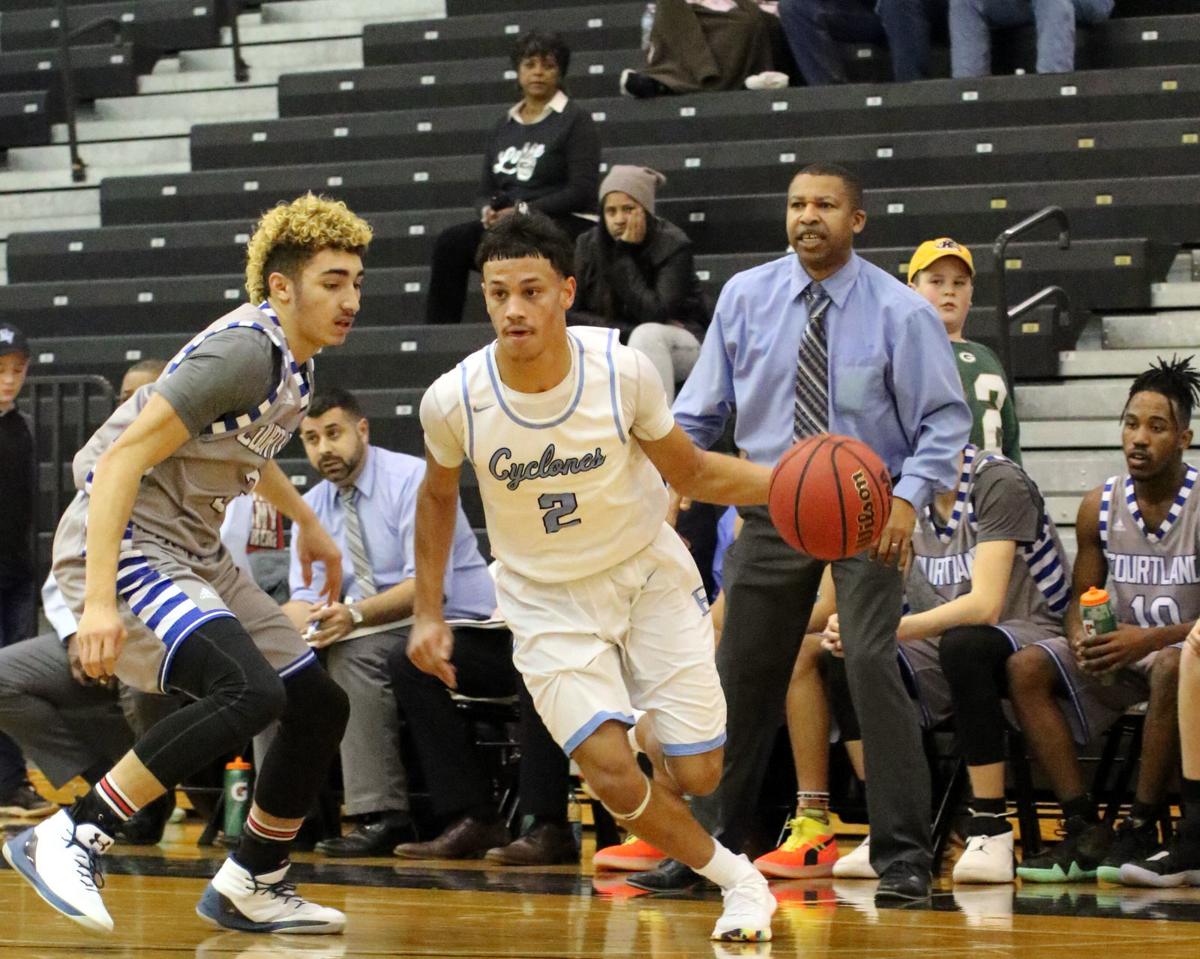 Eastern View’s Alex Spangler (2) is expected to return to the team in January after suffering an ankle injury during football season.

Meme Melvin, left, is the only returning Eastern View player from last season’s team while Spangler and Blake Leake recover from injuries.

Eastern View’s Alex Spangler (2) is expected to return to the team in January after suffering an ankle injury during football season.

Patrick Thornhill is excited about the possibilities for his Eastern View boys basketball team this season.

The Cyclones’ fifth-year head coach isn’t excited because his team is loaded with experience, as it has been on multiple occasions during his tenure. Instead, he’s eager to see what a squad full of new faces can accomplish this winter.

After finishing last season at 10-13 with a loss to Huguenot in the first round of the Region 4B tournament, Eastern View was expected to return three starters. Two of those—Alex Spangler and Blake Leake—were first-team all-Battlefield District performers, while the third, Zion Clark, received honorable mention.

However, the offseason had different plans for the Cyclones.

During the summer, Clark opted to transfer to Blue Ridge School, a basketball factory located in the St. George area of Greene County. Then, Leake and Spangler both suffered devastating injuries while leading Eastern View’s football team to the region semifinals.

While Leake (thumb) and Spangler (ankle) are both expected back on the court in January, their setbacks and Clark’s departure leave fellow senior Meme Melvin as the only player with varsity experience for the Cyclones when they welcome Orange (3-0) to town for their season opener on Tuesday night at 7 p.m.

“Meme is it,” Thornhill said. “But this will be a great opportunity for other guys to get plenty of minutes and gain experience and, hopefully, confidence at the varsity level.”

Several of the newcomers were a part of Eastern View’s J.V. team, which went 16-3 and won the district title a year ago. That included a spotless 13-0 mark against district competition that culminated in the Cyclones dethroning two-time defending champion Caroline 50-42 in the championship game.

Juniors Bryan Maxie, James Suter and D’Aze Hunter, as well as sophomores Raq Lawson, Rickey Butler and Corey Long, were all key contributors to that squad’s success, and they’ll be counted on to step into important roles at the varsity level this season.

“All of them played very well at the J.V. level, so we’re hoping they can acclimate well to the varsity,” Thornhill said.

In addition to the J.V. grads, Eastern View could be buoyed by the additions of three other players who weren’t a part of the program last year.

Senior Dylan White, who played for Eastern View’s J.V. squad two years ago, is back after sitting out last season. He’s joined by brothers Raymond Siaca Bey and Taharka Siaca Bey, who transferred in from Westfield and Paul VI, respectively.

Taharka, a sophomore, will form the Cyclones’ backcourt alongside Melvin, Maxie and Hunter.

White, who stands 6-foot-3, will give Thornhill plenty of options in the post, as he’s expected to rotate with the 6-foot-4 Long and 6-foot-5 Butler.

“Depth shouldn’t be an issue,” Thornhill remarked. “Again, it’s just a matter of giving all of these guys some time to gel and build some chemistry.”

“The biggest thing they’ve brought to our team is their dedication to defense,” he said. “They’re both really good on-ball and help defenders who communicate well, which will be an improvement for us in both areas over last season.”

Despite the influx of newcomers, the Cyclones could still find themselves in the thick of the district title race when Spangler and Leake return. Caroline, Courtland and James Monroe finished in a three-way tie for the regular season championship last year, with Caroline taking the district tournament crown. While the Cavaliers return three starters from that squad, leading scorer and all-Region 4B performer Kaylen Taylor has not played in their first three games due to a broken arm suffered in a fall league game in September, which has resulted in an 0-3 start. Meanwhile, Courtland returns only one starter and James Monroe just two.

“I’m not sure yet what we’re capable of expectation-wise,” Thornhill said. “The guys have been picking things up pretty well, but they’ll need to continue to bring everything they’ve got to every practice and every game. I’m excited to coach this group and see them continue to get better.”