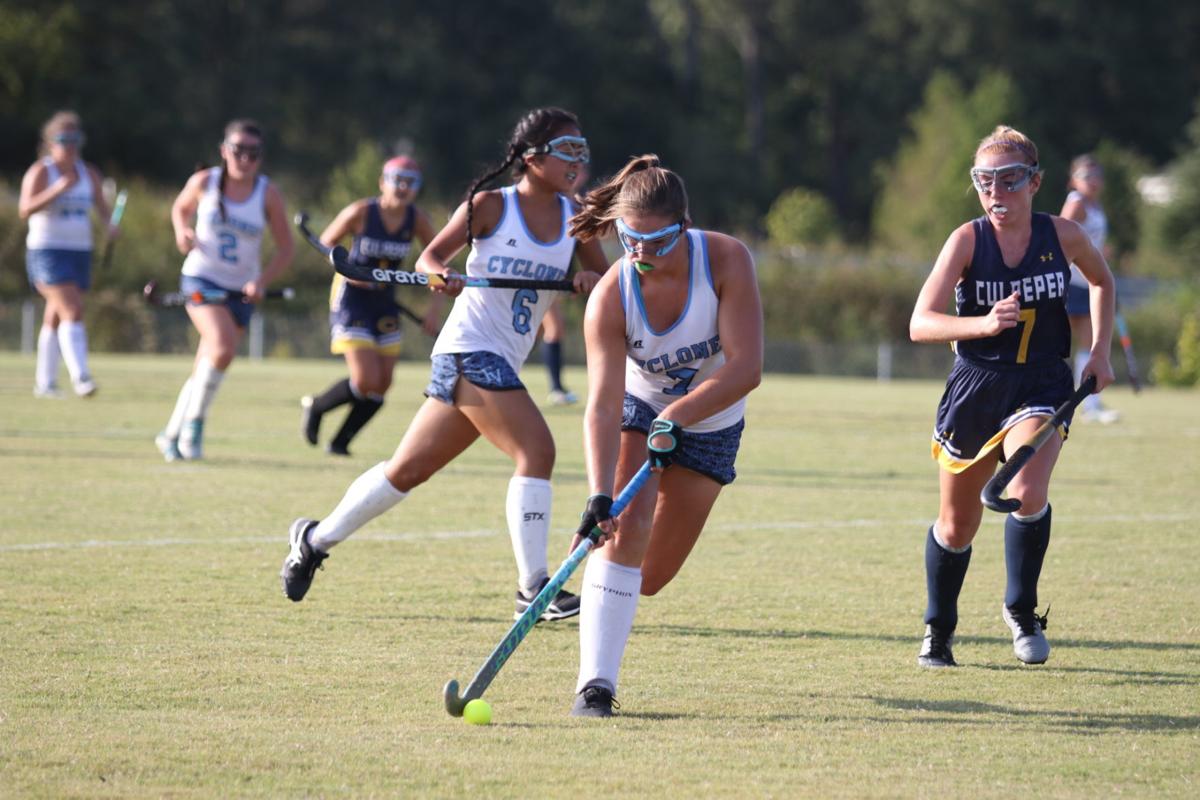 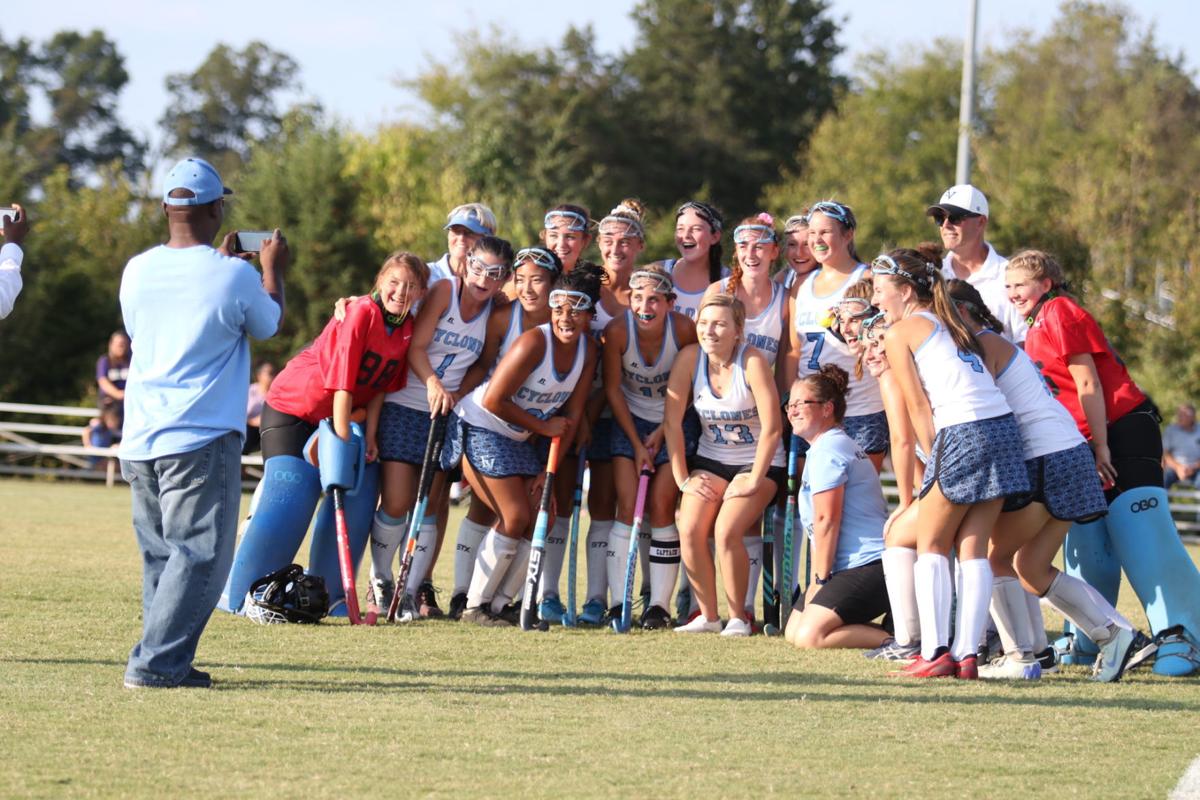 Marking the first time any Culpeper field hockey player has scored 100 goals, Sarah Hatfield is congratulated by her EVHS teammates.

Marking the first time any Culpeper field hockey player has scored 100 goals, Sarah Hatfield is congratulated by her EVHS teammates.

During her freshman year, Sarah Hatfield told Eastern View field hockey coach Peggy Allen that she wanted to be the best player and leading scorer in Cyclone history. That year, Hatfield scored only one goal as she was pulled up to varsity half way through the season.

On Monday afternoon against crosstown rival Culpeper, Hatfield’s goal became a reality as she scored the 100th goal of her field hockey career.

“When she told me that her freshman year I just laughed and said okay. This is the first time I believe at any Culpeper school that someone has scored 100 goals,” Allen said. “I’m extremely proud of her. She is a kid that is going to give you 190 percent every time she steps on the field. She’s always trying to improve, work hard, and help others. I’m just really glad she had this happen for her.”

Hatfield needed four goals coming into the game to reach the 100 mark, and she was able to finish with five goals and three assists to help the Cyclones earn an 8-0 victory over the Blue Devils.

“The most important thing is that the team got the win and I’m glad my goal contributed to that,” Hatfield said. “It was gratifying knowing that my hard work has paid off. I set high goals for myself and the team and I still have goals I want to achieve.”

Cassidy Morrison also added two goals and two assists of her own while Avery Stanley chipped in with one.

Last week Eastern View struggled against James Monroe in what Allen described as a “melt down”.

“We got all in our feelings and fell apart at the JM game,” Allen said. “After the game those kids were chewed out, not by just us but by each other. They were disappointed that we weren’t playing as a team and couldn’t finish. So today they came out and wanted to prove that they were a better team and unfortunately, they took that out on Culpeper. It wouldn’t have mattered who we played today because those kids came out fired up with a point to prove.”

Morrison scored the first goal less than 15 seconds into the game. With a little over 17 minutes left in the first half, the Cyclones had already built a 6-0 lead.

“They kind of came out with a chip on their shoulder and we’re going come out tomorrow with the same mentality because we have to be able to play 60 minutes of field hockey,” Allen said.

Hatfield’s 100th goal was scored with 21 minutes remaining in the second half. Play was halted and her teammates and coaches congratulated her in the middle of the field.