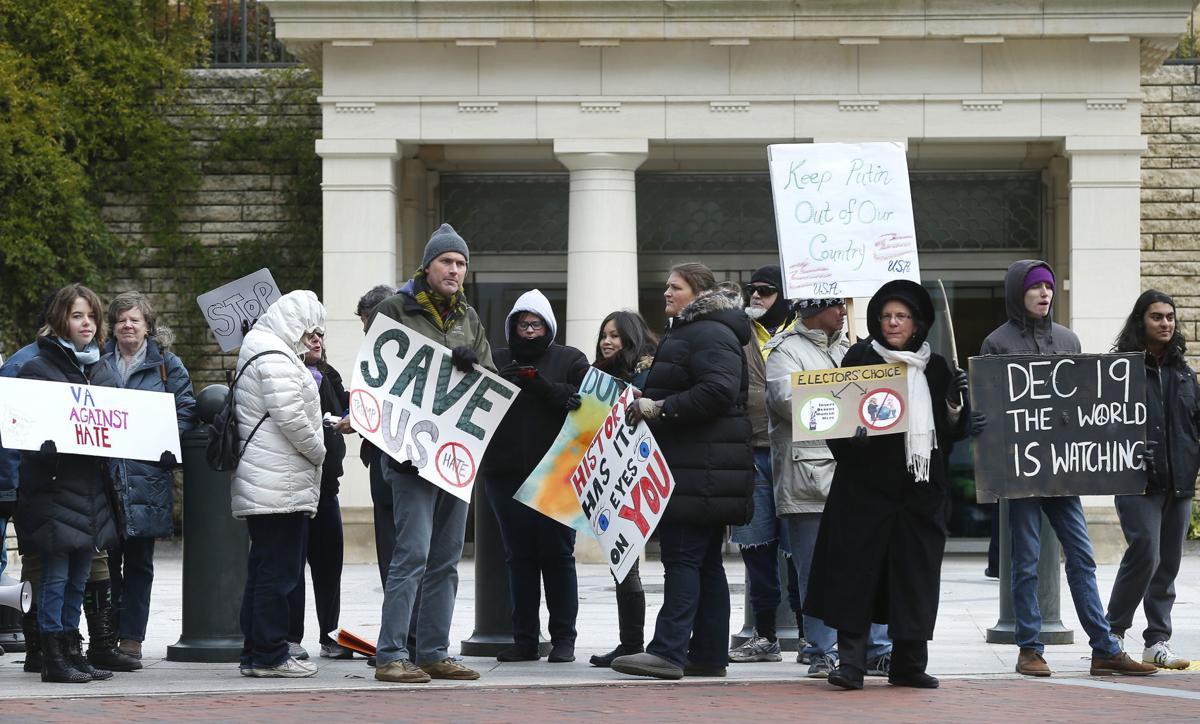 People protest outside the Virginia State Capitol in Richmond before the Commonwealth of Virginia Electoral College program in Decemeber 2016. 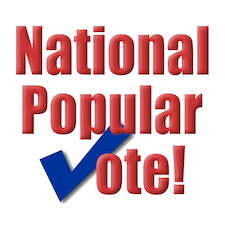 People protest outside the Virginia State Capitol in Richmond before the Commonwealth of Virginia Electoral College program in Decemeber 2016.

Over the course of 100 days in Philadelphia during the summer of 1787, delegates to the Constitutional Convention, including several notable Virginians, hammered out the U.S. Constitution.

Having spilt blood and spent treasure to free themselves from tyrannical King George III, they were anxious to forge a workable, elected government. Among their hard-fought compromises were several created to ensure they would not exchange the oppression of the king for the “tyranny of the majority,” the domination of smaller states by larger ones.

For example, after wrestling with various ideas, the delegates designed a two-part legislature. One, the House of Representatives, would assign representation based on population. The other, the Senate, would give two votes to every state regardless of size.

Why? Because otherwise, the more populous states would control every decision made by the new Congress.

That makes sense, doesn’t it? Even though it seems hardly fair that New York would have the same number of Senate votes as, well, Rhode Island. We’re used to the design, it works, and it ensures that the needs and concerns of more rural states (which are very different than those of urban centers) are not continually overrun.

Technically, when you vote for president, you’re voting for electors who meet in December to formally choose the president. Each state gets one elector for each of its members in Congress. So Virginia, with its 11 representatives and two senators, gets 13.

In designing the Electoral College, the Founders were aiming to form as stable a government as possible. Previous direct democracies (described as “two wolves and a lamb voting on what’s for dinner”) had failed. The Founders wanted to avoid that.

What’s more, they felt a directly elected, populist president would wield too much power. And they wanted to protect the rights of citizens who live in smaller states.

The Electoral College forces presidential candidates to campaign all over the country, listening to and gaining the support of all kinds of voters, from Brooklyn to Bozeman. They’ve had to build broad coalitions of urban and rural voters, of blue collar and white collar workers, farmers, tech industry professionals, teachers, and students in order to gain the 270 electors they need.

That last election has some Democrats screaming that the Electoral College is outmoded, outdated, and needs to go. But what would happen if a president were elected strictly on the popular vote?

Basically, every election would be decided by New York, Florida, California, and Texas. Candidates would spend all of their time and money campaigning in those states, addressing the needs of urban voters only.

I don’t know about you, but I don’t want New Yorkers deciding everything. Yet Virginia Democrats apparently thought that was a good idea.

The House of Delegates voted to have the Old Dominion join the National Popular Vote Interstate Compact, an agreement that would force Virginia’s 13 electors to vote for the candidate chosen by the national popular vote.

Joining this compact would have nullified Virginia’s voice in this most important of all elections, enabled the tyranny of the majority, and upended a system that has worked well for 233 years.

State politicians should act for the benefit of citizens of their state, not the Democratic National Committee. Thankfully, the bill to join the National Popular Vote Interstate Compact, HB177, died in a Senate committee.

We are safe, for now.

In the course of fewer than 100 days, Democrats in Richmond have turned Virginia upside down. From radical abortion measures to gun control to bills that fail to protect religious liberties, the General Assembly has driven the Old Dominion so far left I soon expect to see the Pacific Ocean.

I believe they’ve overreached. I don’t believe Virginians want to be California or New York. And I believe there will be a response in November.

In the meantime, keep an eye on Richmond through the news, your state senator, your delegate, or websites like richmondsunlight.com.

However you do it, stay informed. And plan to vote in November.

Linda J. White, a former assistant editorial page editor of The Free Lance–Star, lives in Fauquier County. She can be reached through her website, lindajwhite.net.