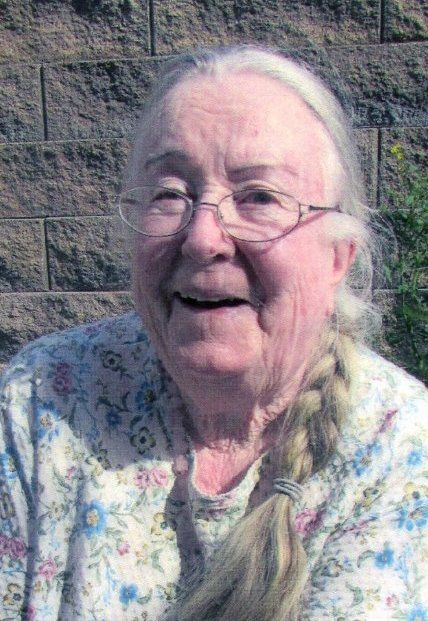 Renate Anna Ruzich, 94, of Orange, Virginia, passed away Sunday, April 19, 2020, peacefully after a long illness. Renate was born Renate Anna von Kuenheim on February 20, 1926, in East Prussia, Germany. Renate was preceded in death by her husband of 56 years, Lieutenant Colonel (Ret.) Rudolph Louis Ruzich, her parents, Sigfried von Kuenheim and Anna Paulini, her sister Karin von Kuenheim, and her brother Gert von Kuenheim. Renate grew up on a large family estate in East Prussia that had been a grant from the Catholic Church for service as Knights during the Crusades in the 14th Century. Since that time the von Kuenheim family continued the tradition, serving as officers in the world-renown Prussian Cavalry. Unfortunately, at the end of World War II, this came to an end, as the entire family was forced to flee from the advancing Soviet army on its push toward Berlin. She endured many incredible hardships as a teenager, after becoming separated from her family and making the journey to Berlin on her own. Once reunited with her family in Berlin, she worked as a model and translator for the Allied Forces, until she met the brash, young American Lieutenant that would become her husband. During Rudy's 23 years of service in the Army, the two of them travelled all over the world, as he was assigned to 17 different duty stations in places like Korea, Turkey, Formosa and Taipei. During that time she loved to explore the countryside, often on her own and preferably on horseback, and got to know these different cultures intimately. Rudy's final duty station was at the Pentagon, and after his retirement they moved to a farm in Culpeper, Virginia, where she continued her passion as an equestrian and a Dressage judge, earning national acclaim. Only when it became physically impossible for her to continue did she retire and eventually move to Orange, Virginia, where she would live for the rest of her days at the Dogwood Village senior living home. She is survived by her son Peter Ruzich of Culpeper, Virginia. Sadly, it is impossible to have funeral services in her honor because of the COVID-19 outbreak, but a memorial celebration of her life is tentatively planned for what would have been her 95th birthday, on February 20, 2021. She will be interred along-side the love of her life at the Culpeper National Cemetery on April 27, 2020. Unfortunately any graveside services will not be allowed. In lieu of flowers, memorial contributions may be made in her name to the Rappahannock Animal Welfare League, at 160 Weaver Rd., Amisville, VA 20106. An online guestbook and tribute wall is available at www.foundandsons.com Found and Sons Funeral Chapel of Culpeper is handling all arrangements