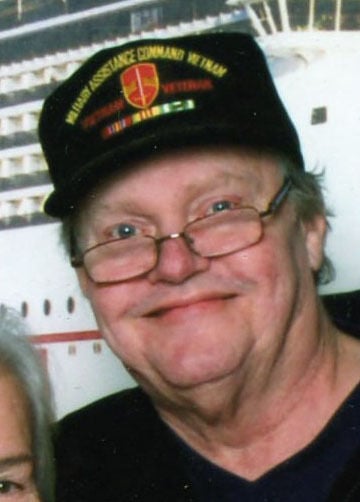 Dennis Paul Morgan, 71, of Remington died Monday, September 30, 2019 at Fauquier Hospital. He was born September 9, 1948 in Weymouth, MA to the late Paul and Louise Everett Morgan. Mr. Morgan was a Vietnam veteran having served in the United States Air Force. He was a member of the Church of Jesus Christ of Latter Day Saints in Warrenton and a former member of CARA in Culpeper. He was also a CB and ham radio enthusiast. His CB handle was "Four Toes". He is survived by his wife of 48 years, Barbara Morgan; two children, Tina Louise Pullen (Daniel) of Rhoadesville, and William Robert Morgan; one brother, Douglas Dean Morgan of Lynchburg; two grandchildren, Alexis Starr Vance (Ronnie), Dustin Dennis Morgan; and one great grandchild, Ronnie Vance, Jr. A Celebration of Life will be held on Sunday, October 6, 2019 from 2 to 4 p.m. at Found and Sons Funeral Chapel, 850 Sperryville Pike, Culpeper, VA. A graveside service will be held on Monday, October 7, 2019 at 12 p.m. at Culpeper National Cemetery (New Section) with Pastor Ron Young officiating. Military honors will be provided by Culpeper VFW Post 2524 and the United States Air Force. An online guestbook and tribute wall are available at www.foundandsons.com Found and Sons Funeral Chapel of Culpeper is serving the family.

To plant a tree in memory of Dennis Morgan as a living tribute, please visit Tribute Store.
+1
+1