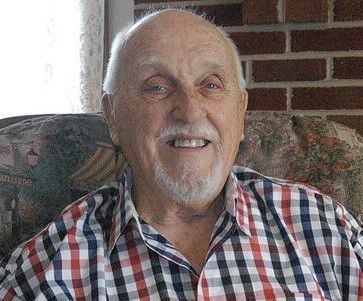 Howard Money Mills, 94, of Stephens City, Virginia, formerly of Culpeper, Virginia, passed away Sunday, December 15, 2019, at Evergreen Health and Rehab. Mr. Mills was born in 1925 in Falls Church, Virginia, son of the late Joseph and Blanche Mills. He was a dedicated veteran of the United States Navy, having served aboard the USS Texas Battleship during the World War II conflict, achieving the rank of Fireman 1st Class. Mr. Mills was a graduate of Strayer Business University earning an Associate's Degree. He was owner/operator of Freeman & Sherburne Insurance, Inc. in Vienna, Virginia, retiring in 1990. Mr. Mills was a member of the Lions Club in Merrifield, Virginia and a member of Woodland United Methodist Church in Culpeper, Virginia. In the past he served on the Culpeper Human Services Board, was instrumental in starting the Triad Program in Culpeper, and helped start the Full Circle Thrift Shop in Culpeper. Mr. Mills was a true patriot to his country. He was a member of the USS Texas BB35 Veterans Association and his service to his country bestowed many American and Foreign official decorations and citations, American Campaign Medal; Asiatic-Pacific Campaign Medal with two Bronze Stars; Navy Occupation Service Medal with Asia Clasp; WWII Victory medal; Philippine Liberation Ribbon-Foreign; Honorable Service Lapel Button; Navy Honorable Discharge Button; Congressional Veteran Commendation, awarded by U.S. congressman Eric Cantor, the Patriot Medal, and the French Legion Medal of Honor. His memory of D-Day and wartime experiences were shared with many. Mr. Mills spoke often to students and at civic events, expecting nothing in return. His passion to share the cost of freedom was heard by many, young and old. He married Nancy Williams on October 23, 1982 in Dunn Loring, Virginia. Surviving with his wife are daughters, Cynthia Venne (Joseph) of Ashburn, Virginia, Karen Pearson (Patrick) of Stephens City, Virginia, and Leisa Mueller (Jeffrey) of Simpsonville, South Carolina; grandchildren, Eric Venne, Victoria Brown, Anthony Stevens, Amber Stevens, Emma Pearson, Mackenzie Pearson, and Darby Pearson; and great grandchildren, Joshua Venne, Derick Stevens, Greyson Stevens, and Gabriel Venne. Along with his parents, Mr. Mills was preceded in death by his first wife, Ellen May Mills; sisters, Mary Mitchell, Nannie Weakley, and Dorothy Byrnes; and brothers, Joseph, William, Lewis, and Frank Mills. A celebration of life will be held at 2 p.m. on Saturday, January 18, 2020, at Found and Sons Funeral Chapel, 850 Sperryville Pike, Culpeper. The family will receive friends one hour prior to service. In lieu of flowers, donations may be made in his name to Battleship Texas Foundation, One Riverway Suite 2200 Houston, TX 77056. An online guestbook and tribute wall are available at www.foundandsons.com. Found and Sons Funeral Chapel of Culpeper is serving the family.

To plant a tree in memory of Howard Mills as a living tribute, please visit Tribute Store.
+1
+1