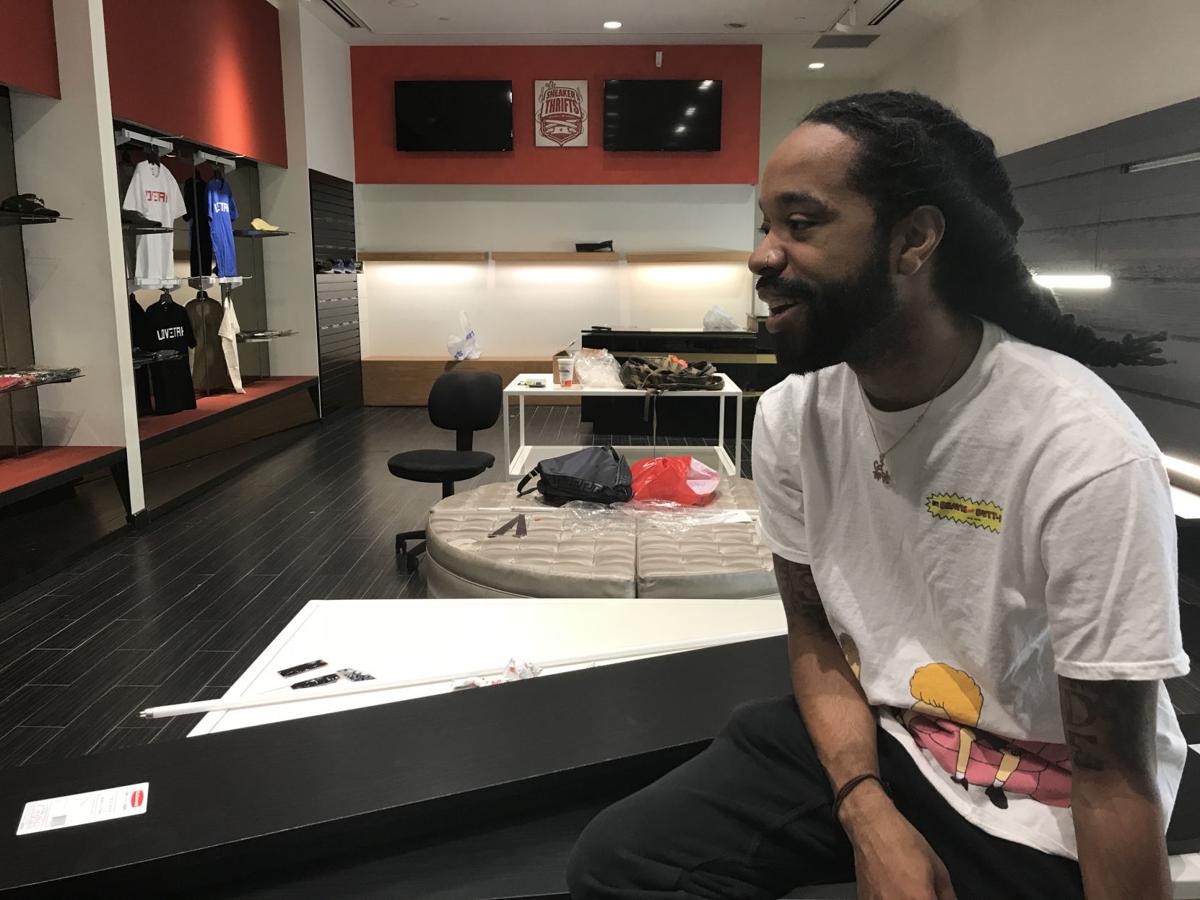 Brandon Miles talks about opening a second store, The Sneaker Thrifts, in Fashion Square Mall in Charlottesville. The storeowner teaches young people the ins and outs of business and trading, while selling used shoes. A grand opening celebration will be held Sunday. 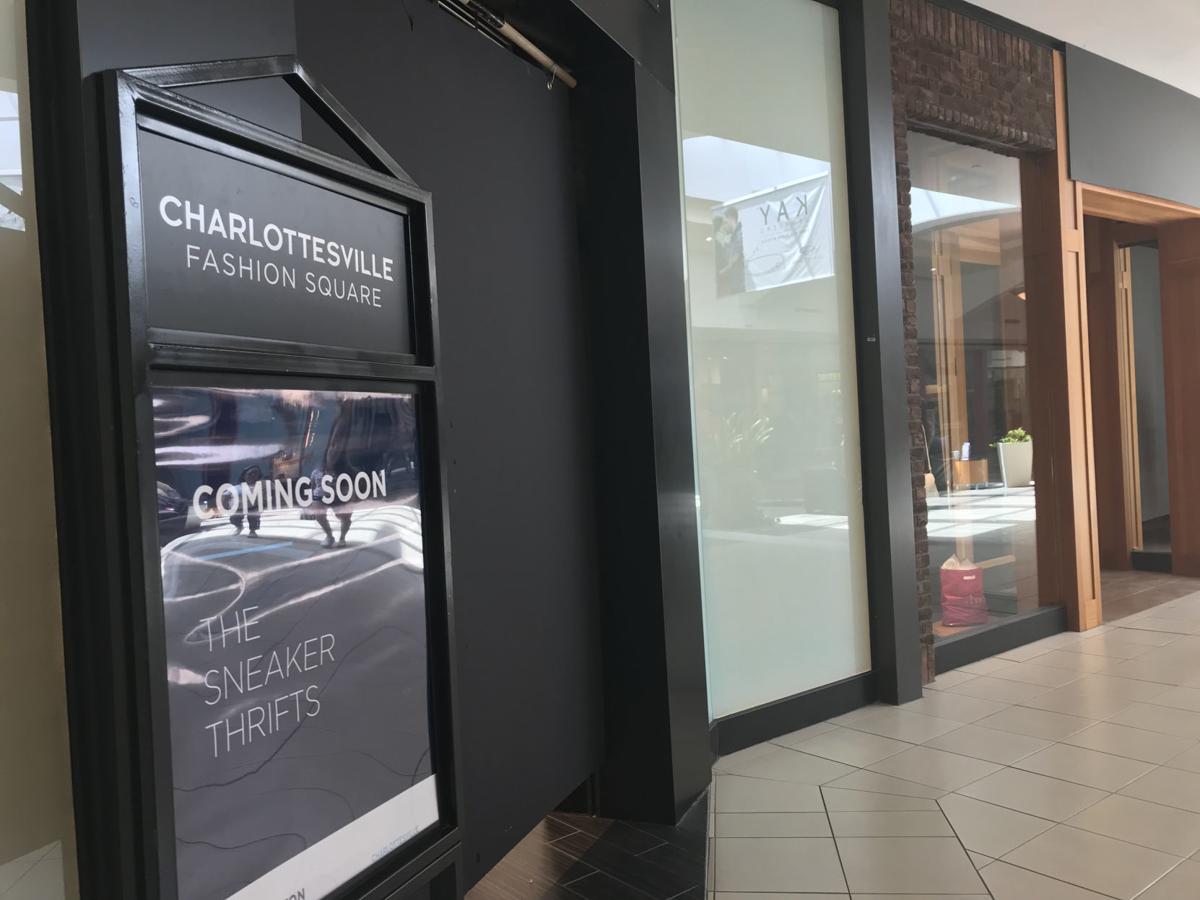 Brandon Miles talks about opening a second store, The Sneaker Thrifts, in Fashion Square Mall in Charlottesville. The storeowner teaches young people the ins and outs of business and trading, while selling used shoes. A grand opening celebration will be held Sunday.

A local community-centric entrepreneur is expanding his brand to Charlottesville.

Brandon Miles, a 2006 graduate of Culpeper County High School, will open The Sneaker Thrifts boutique Sunday in Fashion Square Mall in the former storefront location of Steve Madden, a shoe retailer that closed earlier this year. This will be second location for The Sneaker Thrifts, which opened five years ago in Culpeper.

The Sneaker Thrifts provides a platform for the local brands of small businesses, and it’s a place where young people can trade in their lightly-used brand name shoes for another pair or get cash for them. Miles, of Unionville, has been collecting shoes for more than half his life, and sees the trading aspect as a good way for young people to learn about business.

“Like the stock market, you can trade them. After a while, you know what shoes retain value,” he said. “It turns from a hobby into a very lucrative business.”

Miles plans to keep his Culpeper location open while training some of his younger associates how to run it and become first-time business owners as he shifts focus to Fashion Square. He said he’s been eyeing that particular spot in the Charlottesville mall for several years and it finally became available.

The Sneaker Thrifts, the sequel, is located just beyond the Red Robin restaurant entrance in the hallway that used to be anchored by Sears, which also closed this year. It’s near the former site of Payless Shoes, now shuttered, and a few storefronts down from Journeys, another shoe store that is open.

This Sunday, from noon to 6 p.m., The Sneaker Thrifts will host its grand opening, featuring free school supplies, vouchers from Buffalo Wild Wings, free haircuts and hairstyles, shoe raffles and video game tournaments. Miles is also hoping to host players from the 2019 national championship basketball team at the University of Virginia.

The business owner was driven to grow his business beyond Culpeper and hopes for bigger and better exposure in a bigger city. The fact that UVA won the NCAA Tournament solidified his decision.

Miles said “the sneaker game” in Charlottesville used to be crazy, spearheaded by a friend, Kevin Grace, and his Laced Up clothing line. Grace was killed in a car accident two years ago, but his legacy lives on.

“He got a lot of people into buying and selling and trading,” Miles said.

Items from Miles’ clothing line, Get Thrifted, will be for sale at the new location of The Sneaker Thrifts, featuring Cavaliers colors, as well as other new items. The business owner said family members and the Brandy Station-based business do the screen-printing for his line. Miles emphasized that part of his mission is supporting other small enterprises, and the community at large.

Several times a year or more, he hosts events for local youth, including buying out movie theaters to watch films, such as “The Black Panther,” and more recently the remake of “The Lion King.”

“Charlottesville is a really big location so I am going to start doing more community events,” Miles said.

A lot of small business owners forget that it’s the community that keeps their lights on and money in their pockets, he said, but not Miles.

“I am one of those people that looked up to people who gave back,” he said.

Miles also works part-time as a counselor at the Boxwood drug addiction treatment center in Culpeper.

“Being in the mental health field, I like to help keep people active,” he said. “That is what keeps me grounded.”

When his Culpeper store got broken into two years ago and dozens of pairs of sneakers were stolen, Miles leaned on his core beliefs to carry on.

“Doing the community events is what kept me going,” he said.

The Sneaker Thrifts in the Fashion Square Mall at 1600 Rio Rd. E, Charlottesville, will be open 10 a.m. to 9 p.m. Monday through Saturday and noon to 6 p.m. on Sundays.