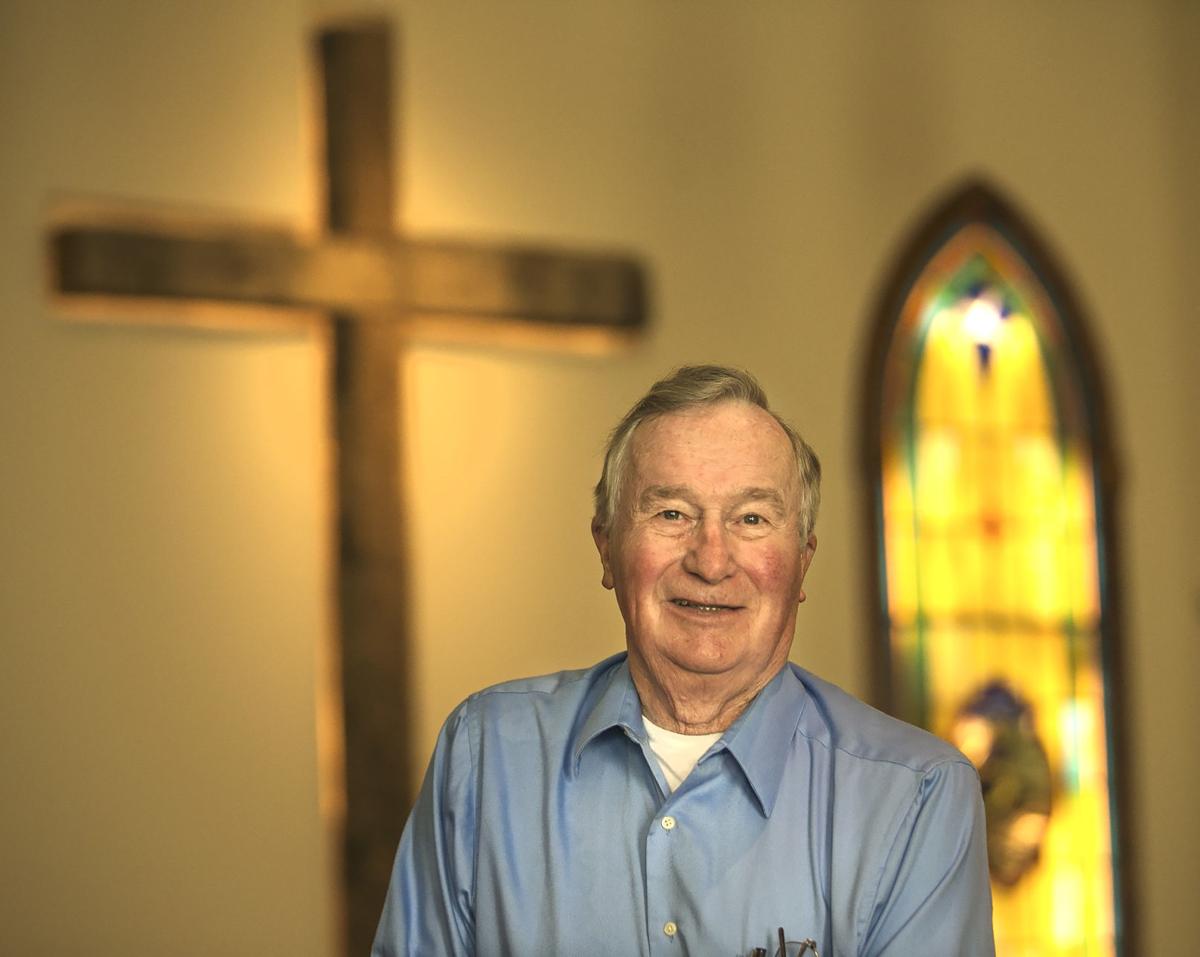 Pastor Peyton Embrey has served as pastor at Mount Carmel Baptist Church in Midland for 50 years. He arrived in August of 1969 and has served there since. 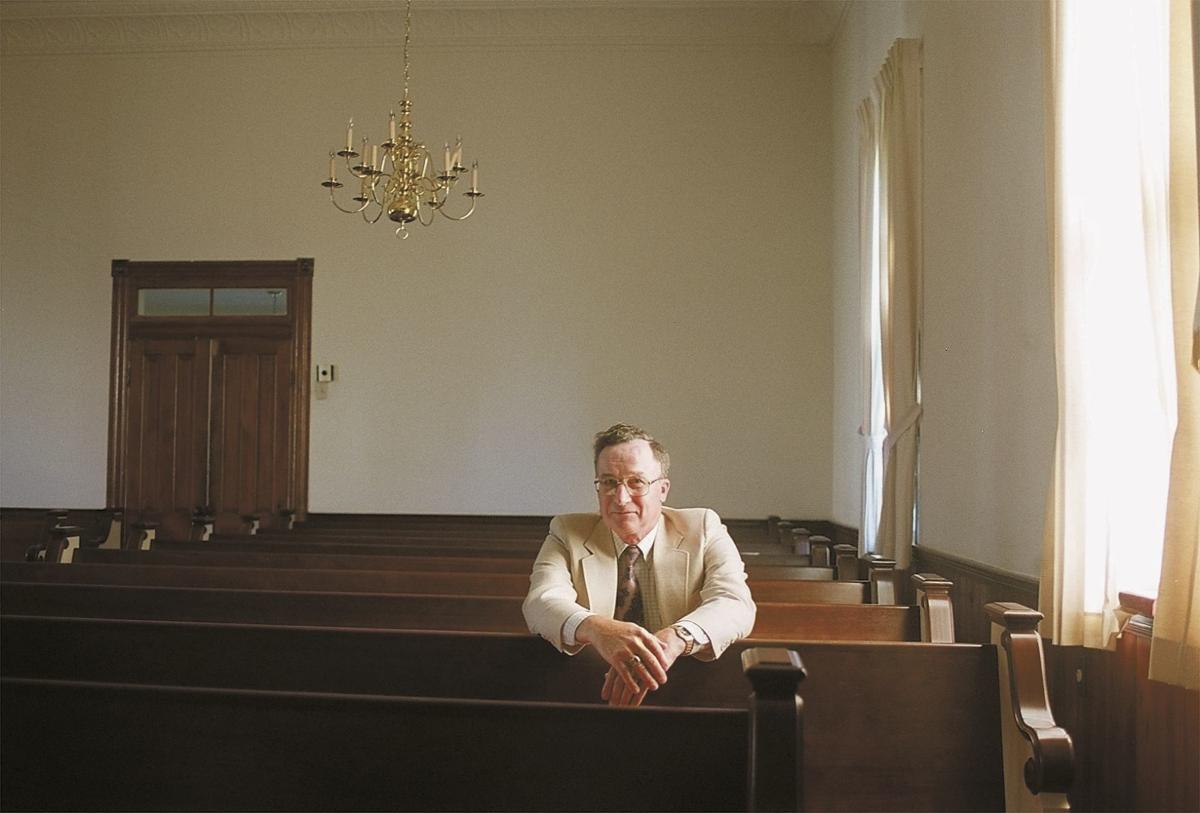 Shown in 1999, Embrey says he’ll stay at Mount Carmel until he feels led by God to go elsewhere. ‘An old broom knows where the dirt is,’ he says. 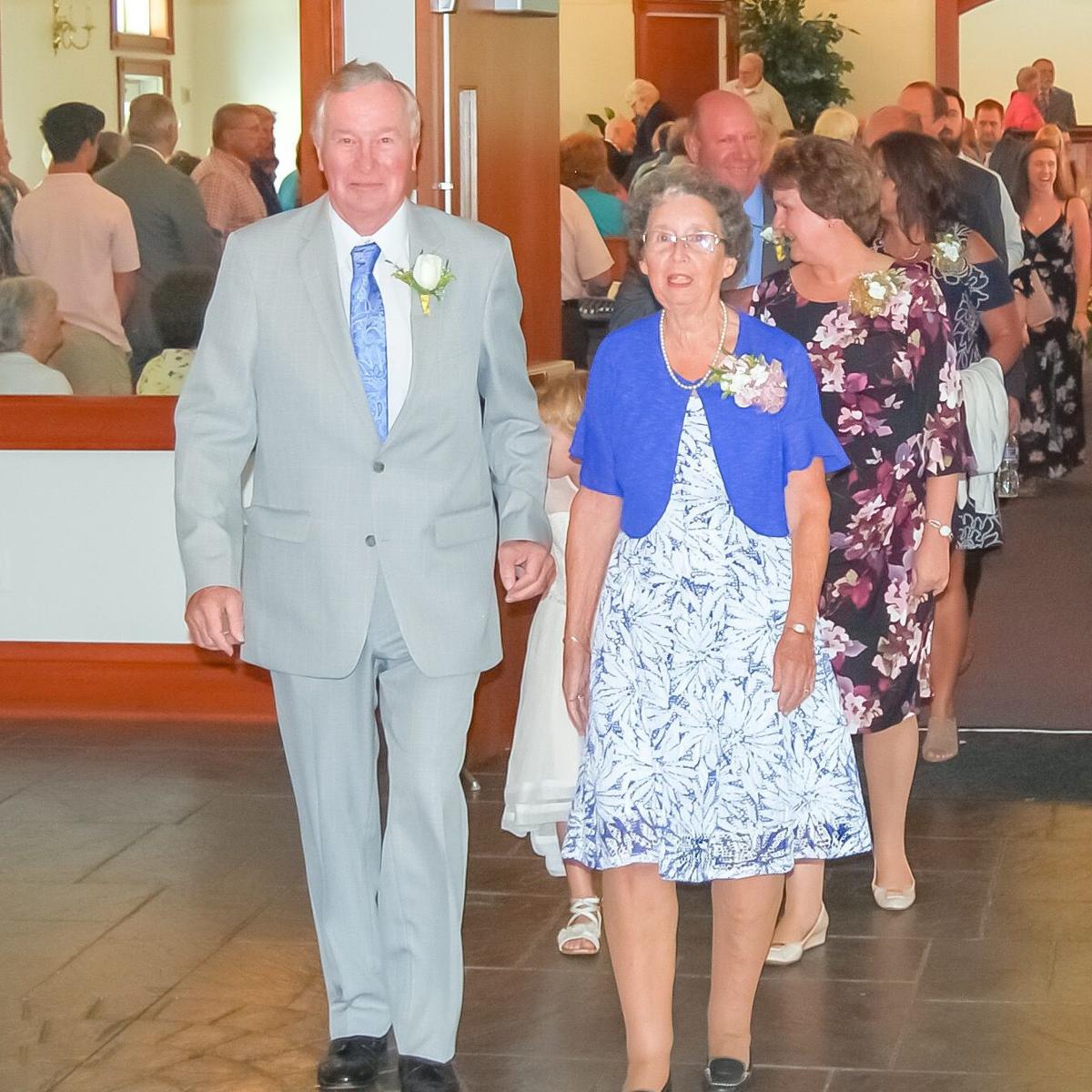 About his wife, Carol, Embrey says, ‘She’s spent half her time waiting on me and the other half waiting for me.’ 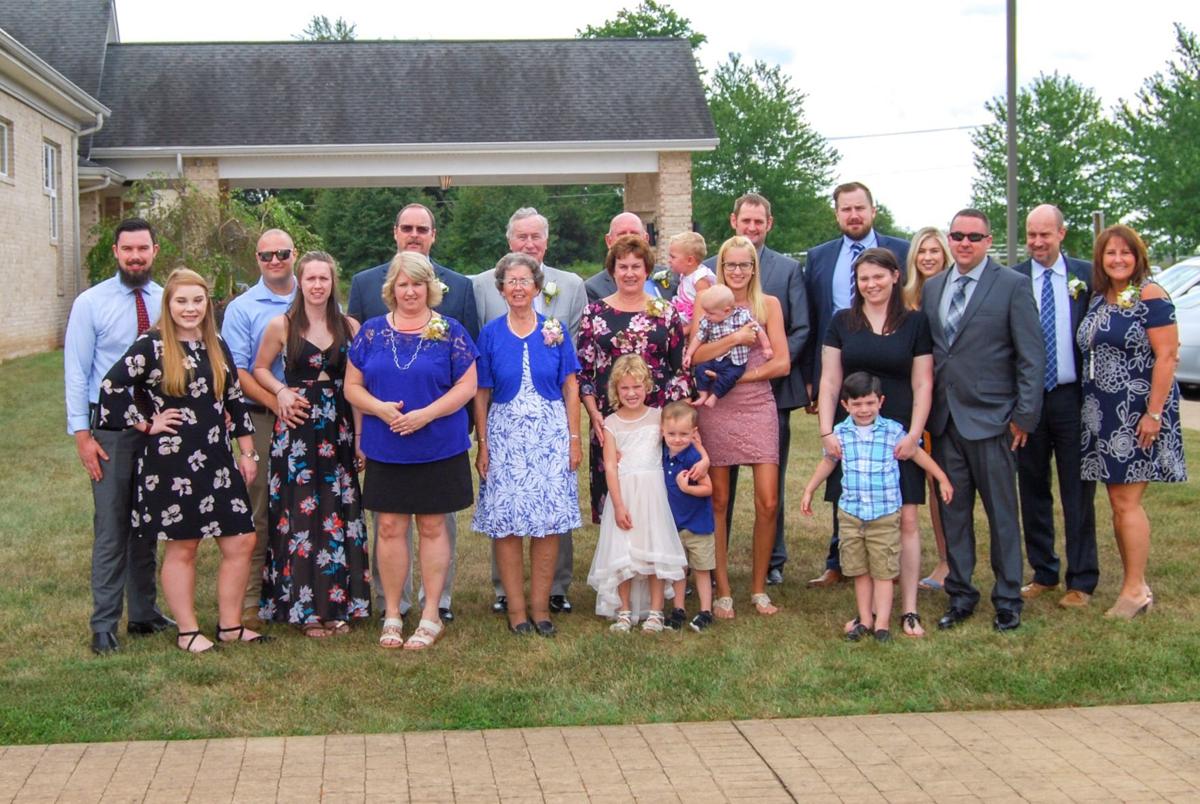 Carol and Peyton Embrey (front and back row, fourth from the left) with their children, grandchildren and great-grandchildren.

Pastor Peyton Embrey has served as pastor at Mount Carmel Baptist Church in Midland for 50 years. He arrived in August of 1969 and has served there since.

Shown in 1999, Embrey says he’ll stay at Mount Carmel until he feels led by God to go elsewhere. ‘An old broom knows where the dirt is,’ he says.

About his wife, Carol, Embrey says, ‘She’s spent half her time waiting on me and the other half waiting for me.’

Carol and Peyton Embrey (front and back row, fourth from the left) with their children, grandchildren and great-grandchildren.

No single story could sum up Peyton Embrey’s 50-year experience as pastor of Mount Carmel Baptist Church in southern Fauquier County, but one comes close. About eight years ago, the congregation decided to replace the old sanctuary in the church, which was organized in 1886, destroyed by fire in 1901, rebuilt and enlarged over the decades.

Member Wesley James led a group of craftsmen who took the old sanctuary apart, piece by piece, in 2010. Then James gave the old wood new life. He used it to make a pulpit, altar and chairs, flower stands and coat racks, baseboard and frames for the arched, stained glass windows.

But the piece that stands out is an old rugged cross, crafted from a hand-hewn beam believed to have been part of the original building. It’s the first thing visitors see when they enter the sanctuary.

They have to turn to the left to view the pulpit from which Embrey addresses the congregation of about 150 people on Sunday mornings.

The physical arrangement works just fine for the low-key pastor. He’d much rather have people focused on the cross than him.

In fact, he’d rather not be in the spotlight. He’d rather talk about the craftsmen in his congregation, the worship team that plays music and the social committee that fills tables in the fellowship hall with food.

“He is a humble man and very much a selfless servant,” said Rev. Darrell Webb, a leader with the Southern Baptist Conservatives, of which Mount Carmel is a part. “He understands that he’s simply another member of the church, but God’s just called him out to be the lead elder.”

Embrey has told hundreds of funny stories from the wooden pulpit to illustrate his point. He once compared himself to Barney Fife, the bumbling deputy on “The Andy Griffith Show,” and said he wholeheartedly believes a light moment may help someone who’s hurting.

“I have a saying, that if you see a turtle on a fence post,” he says, “you know he didn’t get there by himself. We’re all just turtles on fence posts, and I know how much I owe to the people here.”

Speaking of owing, there’s one more piece of the sanctuary story that speaks to the character of the 77-year-old Embrey, who has no plans to retire. The church borrowed $400,000 on a 30-year loan for the project, and the pastor said there was no way the church was going to be in debt that long.

Through his “patience and persistence,” the church doubled down on payments, said member Phyllis Dodson. Within six years, “the entire debt was repaid, and we held a note-burning service on Nov. 19, 2017,” she wrote in comments that summarized a recent event celebrating Embrey’s 50-year achievement.

Embrey read over the three pages of highlights and said how much he appreciated Dodson’s efforts, but asked a reporter to please not to put all that in the newspaper.

He shows the same kind of humility when he says to call him pastor, not reverend.

“I think of the scripture,” Embrey said. “Holy and reverend is His name.”

Southern Baptist pastors average about four years at a church, Webb said. He estimated the average is twice as high for Virginia churches, but even then, Embrey’s tenure towers over the norm.

Hazel Jacobs is a lifelong member of the church, and said she and her husband, Eugene, were the first couple Embrey married. That was in 1972, three years after Embrey had been called to Mount Carmel, but two years before he was ordained, so he had to get special permission to perform the ceremony.

“Peyton’s been in my life a very long time, and his demeanor is so calming,” she said. “He’s such a caring person and a good listener.”

Paul Estes was 15 when Embrey baptized him, one of more than 300 believers he’s immersed in water. Like others who know him, Estes, now 49, said, “What a blessing it’s been to have his wonderful teaching.”

“He is well-loved by our congregation,” said Estes, who works part time as a ministry assistant. “I really appreciate his faithfulness over the years and sharing God’s word with us.”

Estes just wishes he occasionally could beat him to the punch line, “but it’s really hard to get one up on him because of his quick wit.”

However, in August, when the church officially celebrated Embrey’s 50th anniversary with a party that was so big it had to be moved to another facility, Estes had his moment. He and other church members organized the event at the nearby Dayspring Mennonite Church, and more than 300 family and church members, friends and special guests attended.

Unbeknownst to the pastor, Estes brought enough treats from Lapp Valley Ice Cream near Lancaster, Pa., to feed the whole crowd. Embrey and his wife, Carol, regularly go to the Amish country when his schedule allows, and for years, he’s claimed it was the best ice cream in the world.

It’s one of many times the congregation has shown its love.

‘I hurt with them’

Mount Carmel members showed their compassion Friday during funeral services for longtime member John Dodson. The husband of Phyllis Dodson, who’s been in the church’s music ministry for 60 years, John Dodson had a massive stroke last Sunday. When the congregation learned doctors said to “let him go,” they urged Embrey to leave the pulpit and be with the family.

Jonathan James, one of at least six members of the congregation who have entered the ministry under Embrey’s direction, took over the service. The 20-year-old son of the carpenter who made the pulpit furniture said Pastor Peyton always told him to have a sermon on the back burner, and he did.

But he didn’t use it. Instead, he talked about how people have to live in hope, no matter what’s happening around them.

Later that afternoon, some church and family members joined Embrey and the Dodsons at the hospital and reported on how touching James’ service was.

Embrey turned to Phyllis Dodson and quipped, “You hear that? The nerve of these people, saying how well they can operate the church without us.”

Later in the week, he took on a more serious note as he said a downside of being in the same church for 50 years is having to conduct funeral services for members who have become like family to him.

“The Lord has called a lot of precious people home, and as a pastor, it wears on you, it really does,” Embrey said. “I have to find the strength to give the family strength and to be a source of comfort when I’m feeling what others are feeling. I hurt with them and for them.”