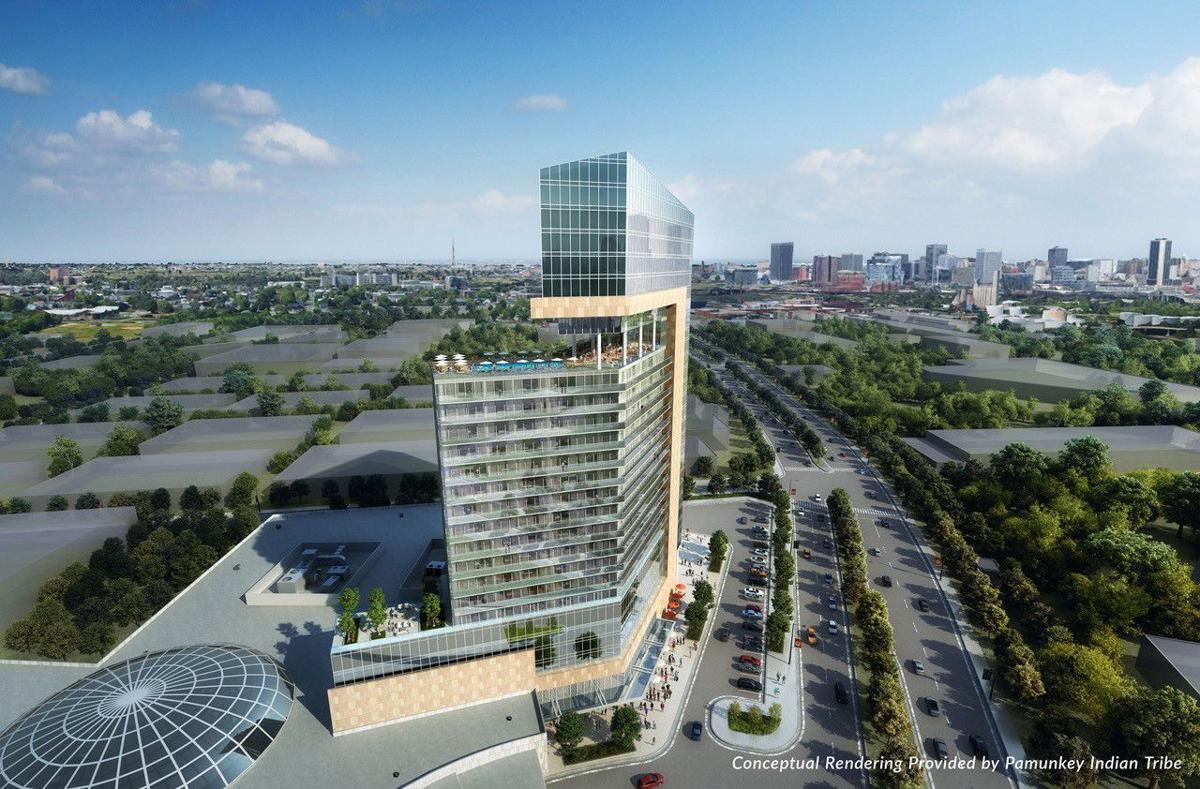 This is the Pamunkey Tribe’s conceptual rendering of the proposed Richmond casino and resort. 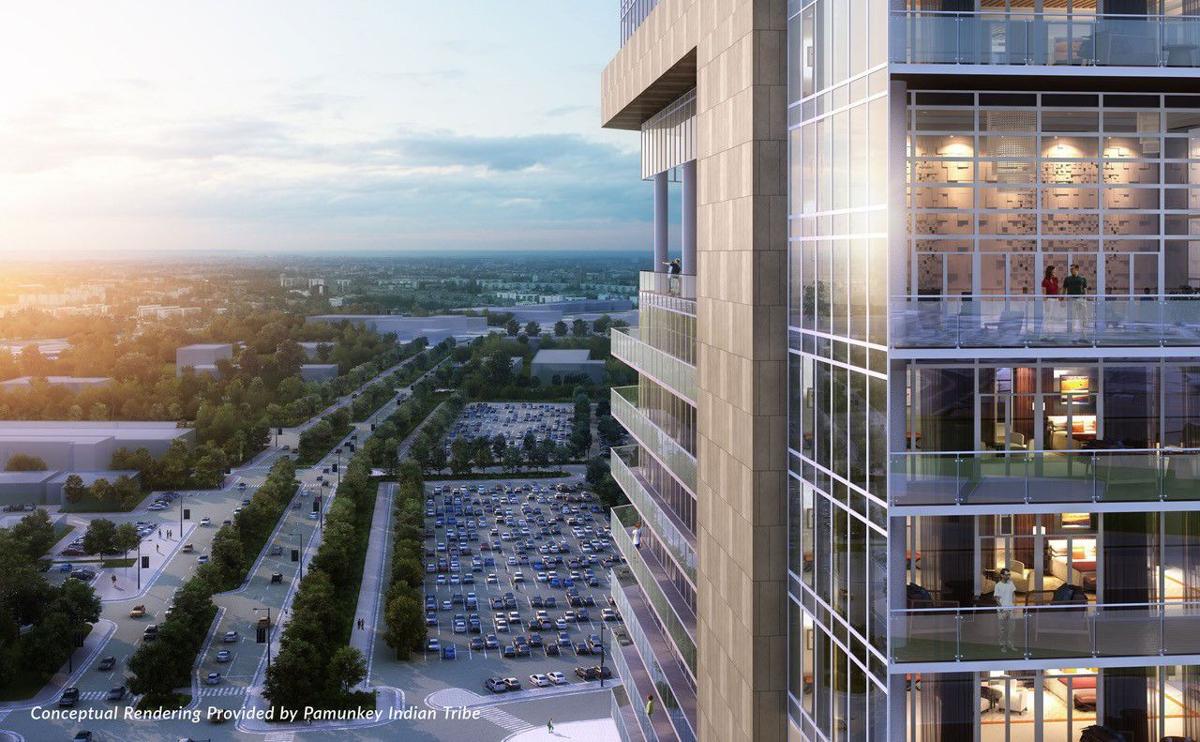 A conceptual rendering of the proposed casino and resort in Richmond.

This is the Pamunkey Tribe’s conceptual rendering of the proposed Richmond casino and resort.

A conceptual rendering of the proposed casino and resort in Richmond.

The Pamunkey Indian Tribe plans to develop a casino resort in South Richmond, staking a second claim under a potential state law that would legalize casino gaming both in the capital and in Norfolk.

The Pamunkeys said they have either purchased or placed contracts on four properties—three on Ingram Avenue at Commerce Road for a $350 million casino resort and a fourth parcel on Jefferson Davis Highway near Walmsley Boulevard. That would be to create a workforce training center that the tribe ultimately would seek to convert to a community use such as a grocery store or health clinic.

“We are very excited about our plans to bring a great resort and casino to Richmond,” said Robert Gray, chief of the Pamunkey Indian Tribe. “Not only does this help fulfill the government’s intent to use gaming to help us secure our future, but it will also be a great economic boost for the City of Richmond and its citizens.”

The project would be in addition to a casino that the tribe plans to build along the Elizabeth River in Norfolk under an agreement it signed on Monday to purchase 13.4 acres from the city next to Harbor Park, home of the Triple-A Norfolk Tides baseball team.

However, the Norfolk project depends on the General Assembly passing and Gov. Ralph Northam signing legislation this year to allow commercial gaming in Virginia. The state adopted legislation last year that specifically would allow casinos in five cities, including Richmond and Norfolk, but the legislation would have to be passed again this year to become law.

In contrast, the Richmond project could move forward regardless of the legislative outcome because the Pamunkeys are the only Indian tribe in Virginia that have federal gaming rights under the Indian Regulatory Gaming Act.

Smith said the agreement with Norfolk is based on a state licensed commercial gaming operation, so the tribe would have to renegotiate the deal to assert its federal gaming rights there.

The proposed project in the Oak Grove neighborhood of South Richmond would include a 275-room hotel tower that would offer views of the James River to the east and downtown Richmond skyline to the north. The tribe’s plan also includes a spa, fitness center, pool, a “high-end steak and seafood restaurant,” a sports bar and 1,000-space parking garage.

Colonial Downs Group has opened Rosie’s parlors at the New Kent track and in Hampton and Roanoke County, with plans for potential operations in Danville and Dumfries in Prince William County, where voters approved referendums in November. The company estimates it already has invested $300 million and will hire more than 1,000 employees.

Colonial Downs is owned by Peninsula Pacific Entertainment, which claims more than 20 years of experience in the casino gaming industry, so it also could compete for a license to operate a casino in Richmond if legislation passes this year to allow it.