Students from the Teenpact Leadership school pray in front of the statue of Confederate Gen. Robert E. Lee in the old House chambers at the Virginia State Capitol in Richmond. 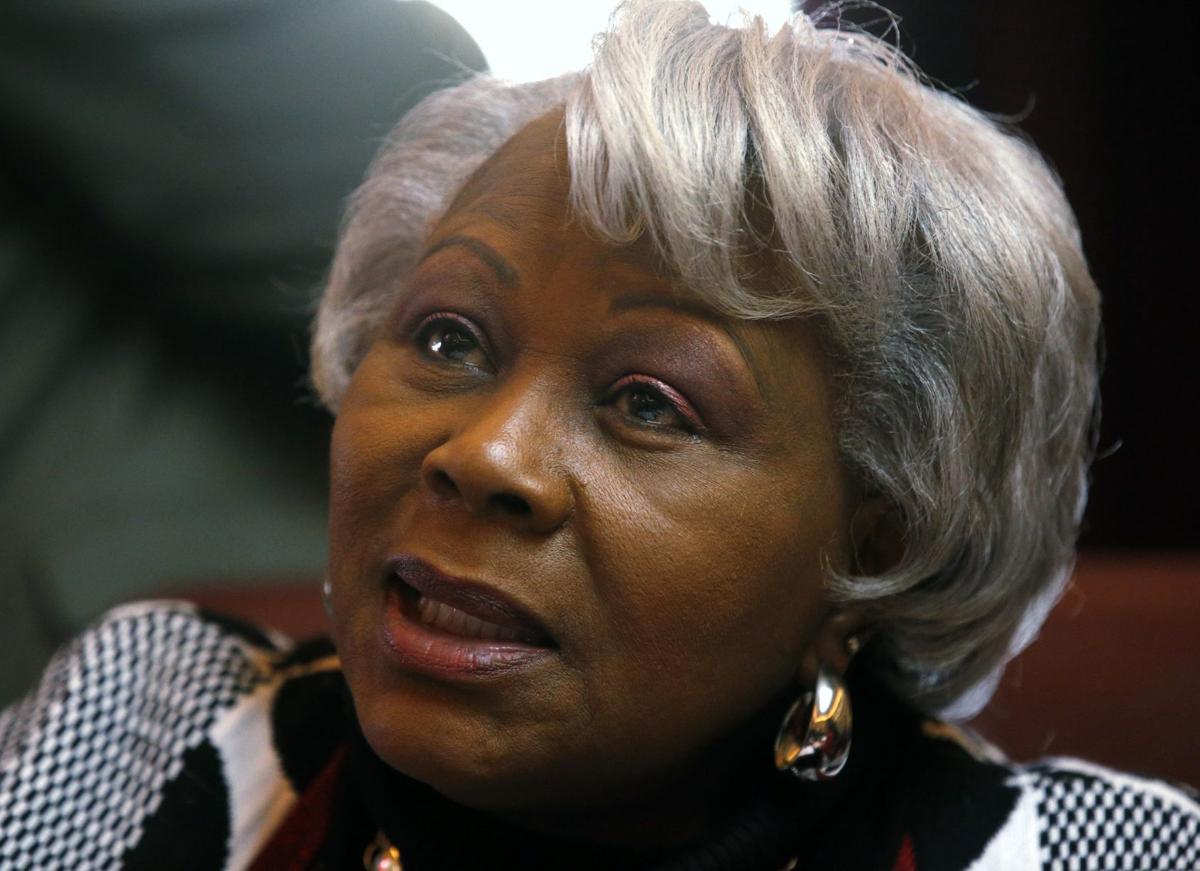 Sen. Louise Lucas, D-Portsmouth, looks up at the voting board in the Virginia Senate during consideration of her bill to eliminate Lee-Jackson Day as a state holiday and replace it with an Election Day holiday.

Students from the Teenpact Leadership school pray in front of the statue of Confederate Gen. Robert E. Lee in the old House chambers at the Virginia State Capitol in Richmond.

Sen. Louise Lucas, D-Portsmouth, looks up at the voting board in the Virginia Senate during consideration of her bill to eliminate Lee-Jackson Day as a state holiday and replace it with an Election Day holiday.

Senators voted along party lines on Tuesday to scrap Lee-Jackson Day, which falls on the Friday before Martin Luther King Jr. Day, and replace it with Election Day. The bill now heads to the House of Delegates.

“It’s a very good day for the commonwealth of Virginia, for moving Virginia forward in helping to bring us all together,” Lt. Gov. Justin Fairfax said in an interview.

Fairfax, a Democrat who is the second African American to serve as lieutenant governor, stepped off the dais in 2018 and 2019 when Republicans moved to adjourn in memory of Confederate Gen. Thomas Jonathan “Stonewall” Jackson. There was no need for his “silent protest” this year because the Senate did not adjourn in Jackson’s memory on the day bearing his name, which was Friday.

The Senate on Tuesday approved Senate Bill 601 from Sen. Louise Lucas, D-Portsmouth, in a 21-19 vote.

Before the vote, Lucas said the change would make it easier for people to vote.

“Many Virginians experience barriers to getting to the polls on Election Day, and there are usually long lines at the polls in the early morning and before the polls close,” she said.

Virginia has marked a state holiday for Lee’s birthday since 1889. It added Jackson to the Lee holiday in the early 1900s. In the mid-1980s, the state began marking the federal holiday for the slain civil rights leader on the same day, as Lee-Jackson-King Day.

In 2000, Gov. Jim Gilmore, a Republican, called for splitting them into separate holidays.

Sen. Siobhan Dunnavant, R-Henrico, was initially the lone Republican to support the measure but changed her vote.

“I was moved by [Sen. Mark Peake, R-Lynchburg] saying we need to add to history,” she said. “I know it was a vote that didn’t sway the numbers, but I think that it was a vote in favor of preserving our history.”

Before the vote, Peake spoke about not erasing history.

“We can promote everyone. We can promote diversity,” he said. “We can add things without taking away or tearing down other things.”

A similar conversation is happening with the state’s Confederate monuments. Legislators are weighing whether to give localities the authority to take down the monuments, many of which were raised decades after the Civil War.

Sen. Mamie Locke, D-Hampton, has made the proposal in the Senate. The bill has been referred to the chamber’s local government committee.

On Jan. 6, the Richmond City Council voted to ask the state for authority to decide the fate of its Confederate iconography. Five Confederate monuments were unveiled on Monument Avenue between 1890 and 1929. Four of the five are on city property. The Lee statue on Monument Avenue is on state property and would not be affected.

Virginia’s 110 Confederate monuments are the second-most of any state, trailing only Georgia’s 114, according to a 2019 study by the Southern Poverty Law Center.