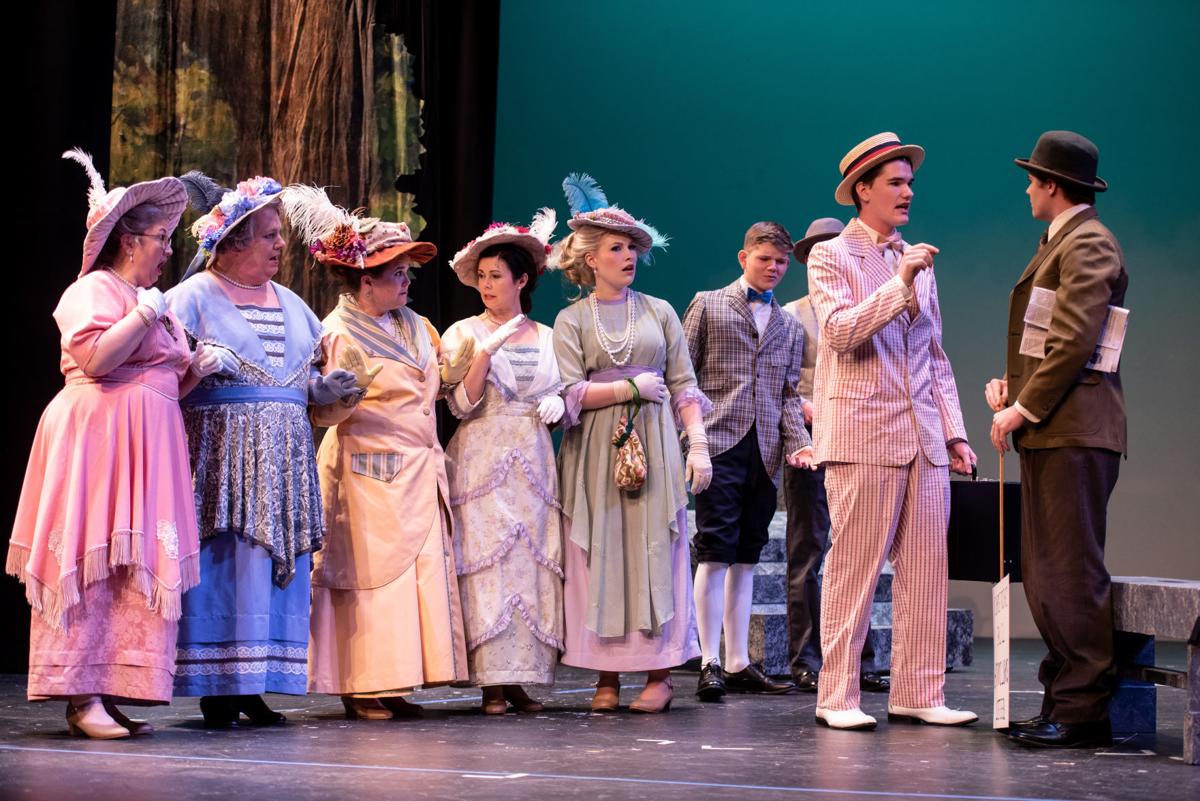 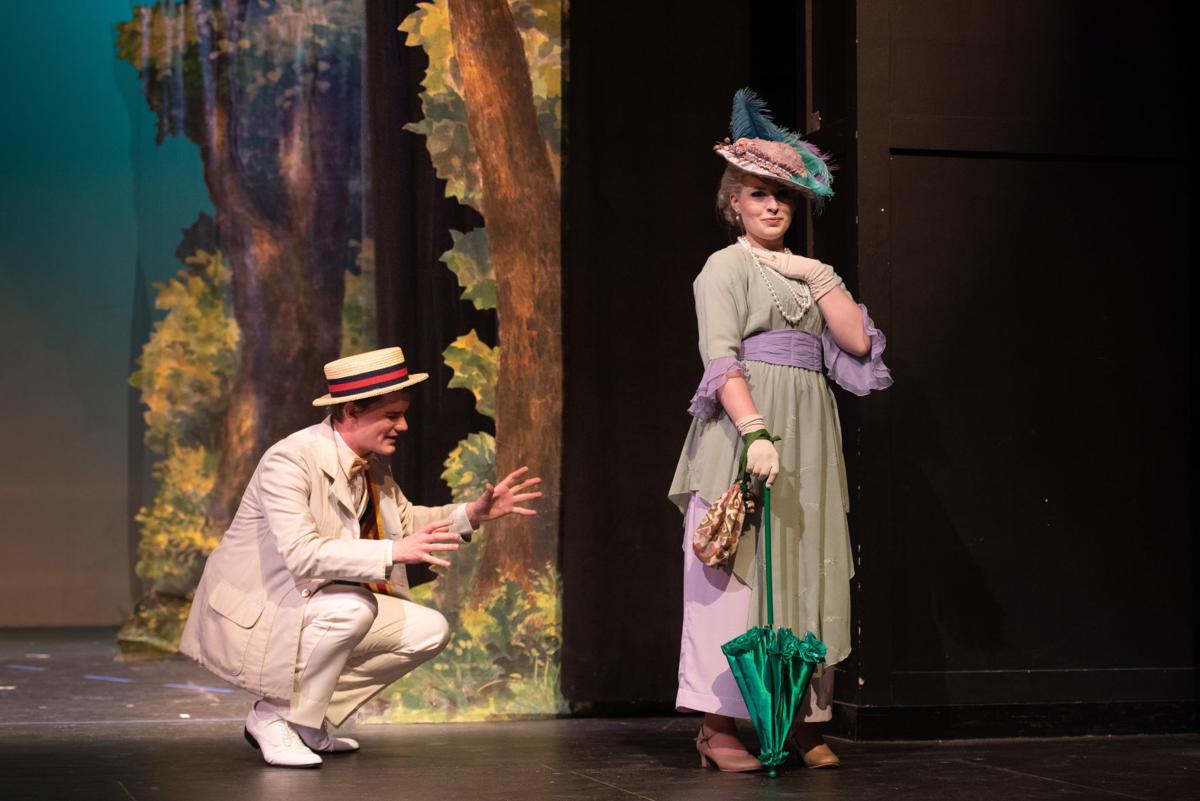 Reed Taws plays Harold Hill and Lillyana Freitas is Eulalie Shinn, the mayor’s wife, in Woodberry Forest School’s production of ‘The Music Man,’ on Feb. 13, 14 and 15. 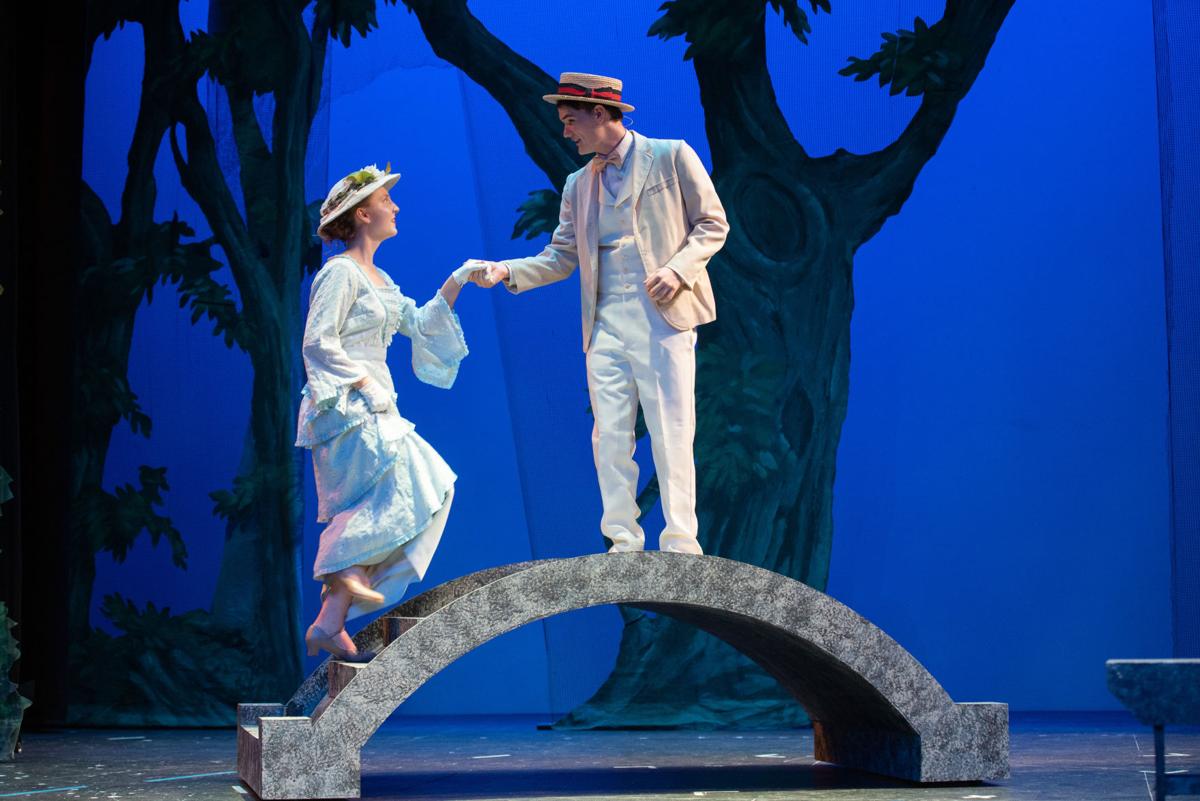 Andrea Payette of Rapidan is Marian Paroo and Reed Taws from NC is Harold Hill in ‘The Music Man,’ produced by Woodberry Forest School in Madison County this weekend. 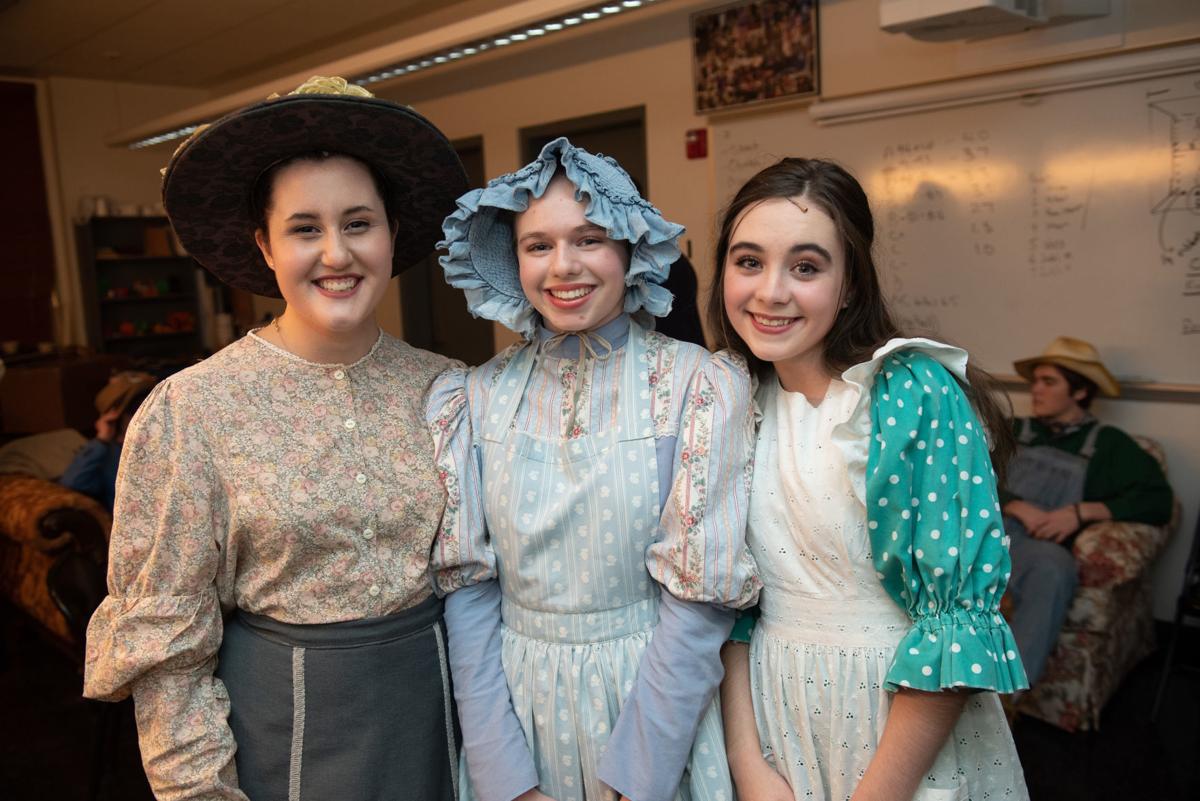 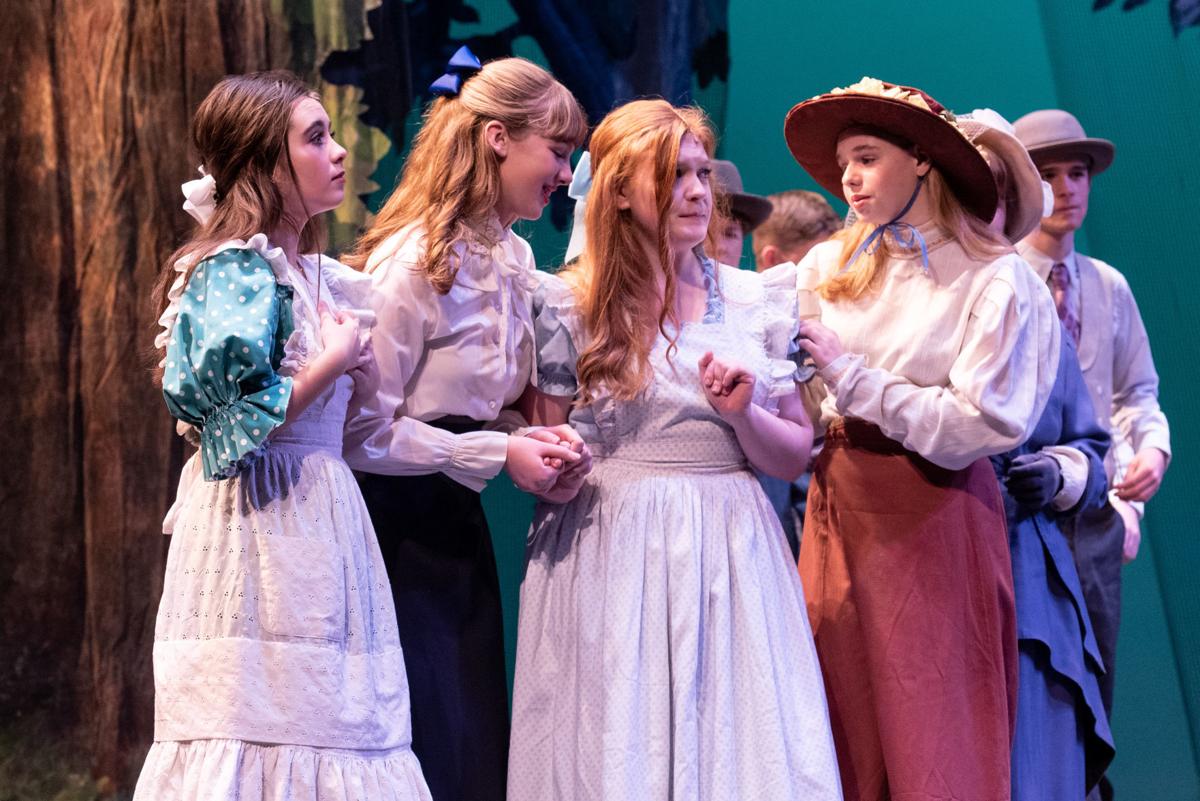 Reed Taws plays Harold Hill and Lillyana Freitas is Eulalie Shinn, the mayor’s wife, in Woodberry Forest School’s production of ‘The Music Man,’ on Feb. 13, 14 and 15.

Andrea Payette of Rapidan is Marian Paroo and Reed Taws from NC is Harold Hill in ‘The Music Man,’ produced by Woodberry Forest School in Madison County this weekend.

That’s the dilemma facing professor Harold Hill this weekend in a deluxe production of an American classic at Woodberry Forest School in Madison County.

Admission to the performances, which are open to the public, is free.

Payette is a junior at Orange County High School in the Blue Ridge Virtual Governor’s School. This is her 11th Woodberry Forest School production.

The role of Harold Hill will be performed by Woodberry Forest senior Reed Taws of Wilmington, N.C. Other Woodberry Forest students in the cast include Ben Hulsey of Madison County, Riley Cluff and Rhew Diel of Orange and others from farther away in Virginia, North Carolina, Georgia, Florida, Alabama—even one from Lithuania and one from the United Arab Emirates.

Much loved for decades, “The Music Man” tells the story of fast-talking traveling salesman Harold Hill and his attempts to swindle the people of River City, Iowa, by selling them band instruments and uniforms with the understanding that he will be the band leader—although he doesn’t know the first thing about leading a band.

His plan to escape is foiled when he falls in love with Marian, the librarian—who, by curtain call, might actually succeed in turning Hill into a respectable citizen.

In 1957, the show was a Broadway hit that won five Tony Awards, including Best Musical. It’s been successfully revived on Broadway a number of times over the years, with a popular 1962 film adaptation and a 2003 adaptation for TV starring Matthew Broderick and Kristin Chenoweth.

Playing favorite musical numbers such as “Goodnight Ladies,” “The Wells Fargo Wagon,” “Till There was You,” and of course the blockbuster “Seventy-Six Trombones,” the production’s band will feature professional musicians from around the region.

The play is directed by Woodberry Forest English Department Chair Ted Blain, who is retiring this year after leading the school theater program for 38 productions.

This will be Blain’s final play at Woodberry Forest. A Roanoke native, Blain came to the school in 1982 and holds a bachelor of arts degree from Washington and Lee University and a master’s degree from the University of Virginia. Blain has published two mystery novels and several short stories and essays.

Performances begin at 8 p.m. (doors open at 7:30 p.m.). Seating is general, so coming early is suggested. Community members are particularly encouraged to attend on Saturday, Feb. 15, the final performance.

Woodberry Forest has a very active drama department. In addition to two plays and one musical on the main stage each year, the school’s black-box theater produces at least two smaller shows each year. For more information, contact Barbara Wimble, barbara_wimble@woodberry.org or 540/672-3900, x5211.