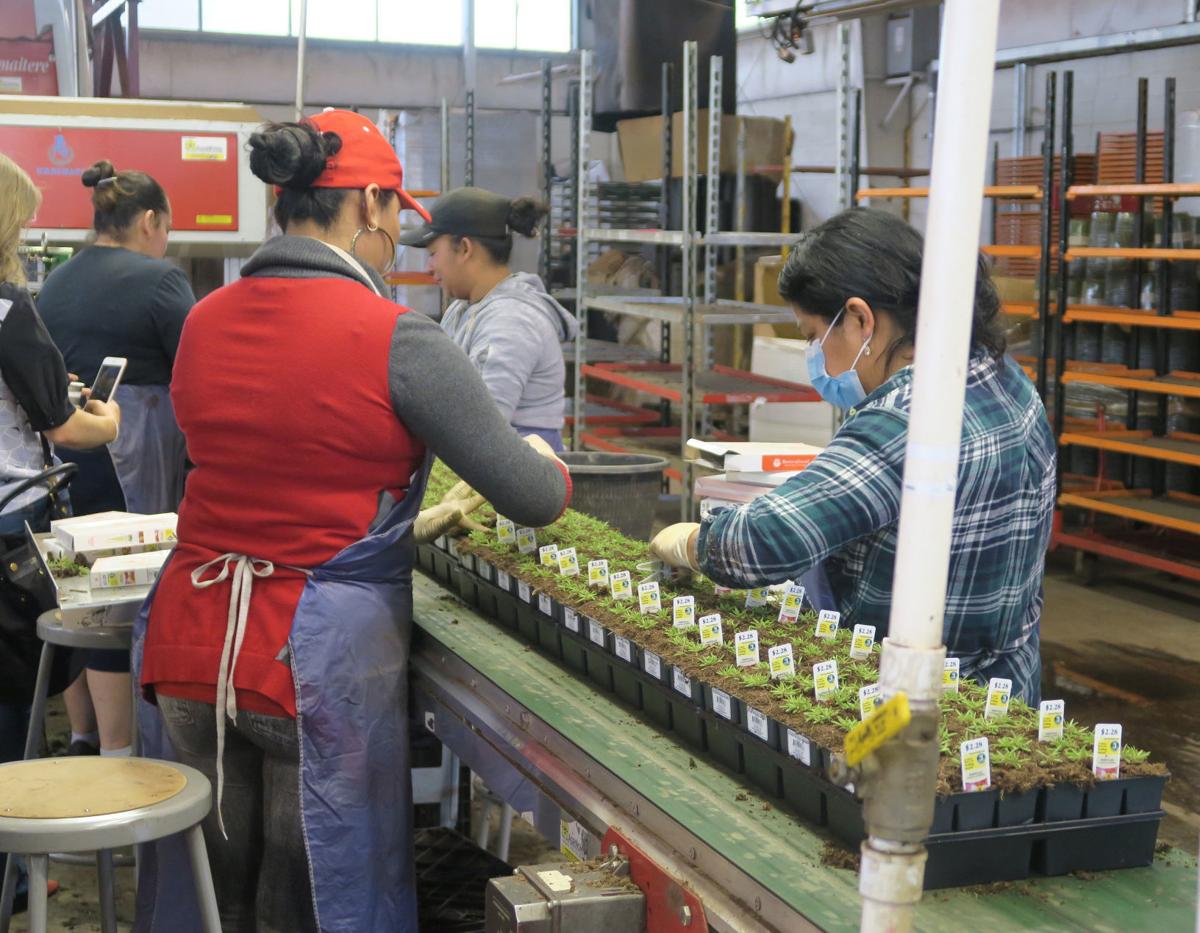 Battlefield Farms workers care for plants coming off an assembly line inside the Rapidan greenhouses. Congresswoman Abigail Spanberger visited on Arbor Day, talking with the business owners about immigration reform and more vocational training for middle- and high-school students. 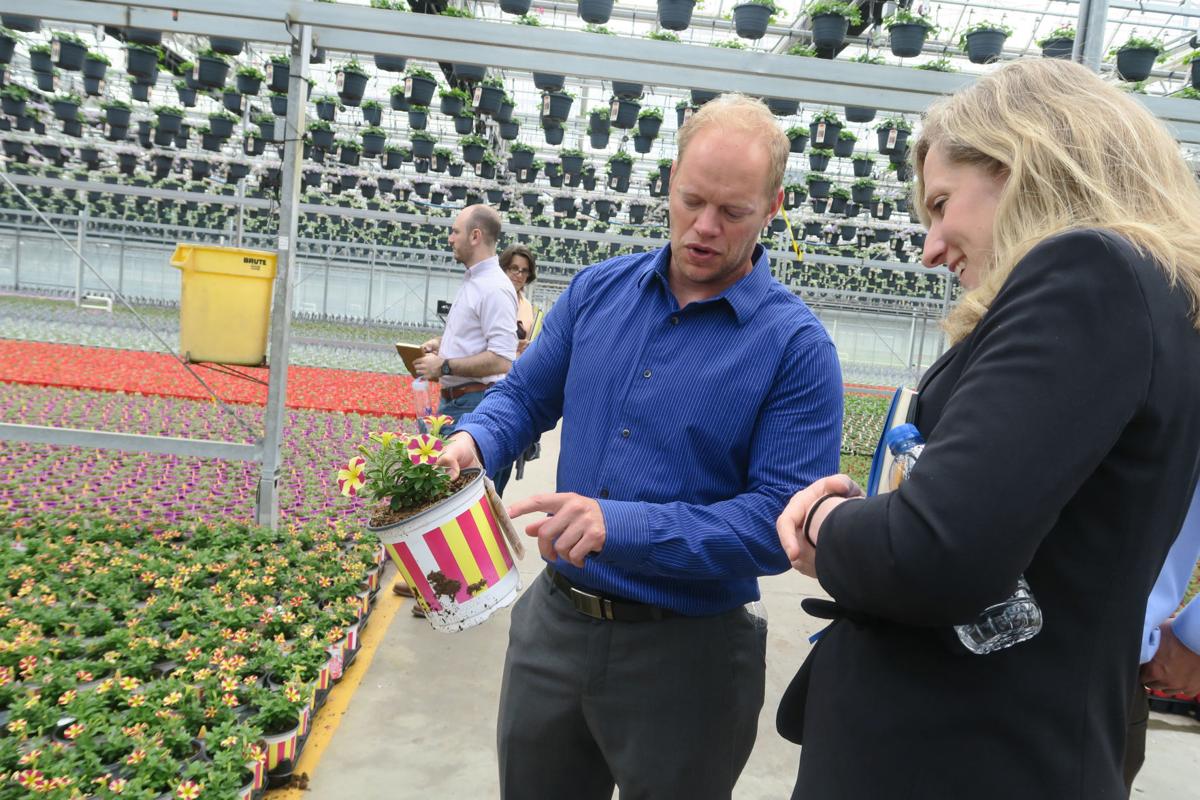 Battlefield Farms workers care for plants coming off an assembly line inside the Rapidan greenhouses. Congresswoman Abigail Spanberger visited on Arbor Day, talking with the business owners about immigration reform and more vocational training for middle- and high-school students.

Life for farm employers and workers may become more predictable with House passage Wednesday evening of a bipartisan bill tackling some of the problems facing U.S. agriculture.

The legislation also would create a merit-based visa program for agricultural workers to earn legal status through their continued employment. That will help fill the gap between workers’ availability and the demand for year-round workers, particularly in dairying and horticulture, the measure’s advocates say.

The existing H-2A guest-worker program does not meet businesses’ employment requirements and has long needed change, they say.

“Right now, many farmers in our industry struggle to find the workers they need to tend to their livestock, and the current seasonal H-2A program only exacerbates this challenge,” said Jay Bryant, CEO of the Maryland and Virginia Milk Producers Cooperative Association. “This bill would make smart changes to the H-2A program, including allowing the employment of temporary workers in year-round jobs and implementing the use of E-Verify to confirm the work authorization of new hires.”

He thanked Spanberger for addressing the hurdles faced by the 7th District’s dairy producers.

The workforce bill is supported by more than 300 U.S. agriculture groups, trade associations and labor organizations, including Virginia dairy producers, greenhouses and agribusinesses.

“Our greenhouse and nursery growers in Virginia’s 7th Congressional District and beyond are thrilled to see the Farm Workforce Modernization Act pass the House,” said Craig Regelbrugge, senior vice president of AmericanHort, an industry trade group. “Labor shortages are the No. 1 challenge faced by our small and family farms and businesses.”

In face-to-face conversations during site visits this year across the 7th District, Spanberger heard Central Virginia agricultural producers say repeatedly that the H-2A program is overly burdensome and doesn’t meet their requirements for year-round labor.

“By cutting down on red tape, creating a new year-round guest worker program, and stabilizing the existing workforce, this legislation reflects the needs of farmers in Central Virginia and across the country,” Spanberger said in a statement Wednesday night. “As an original cosponsor ... I encourage the U.S. Senate to take up this bill for a vote as soon as possible.”

The legislation would establish a mandatory, nationwide, E-Verify system for all agricultural hiring, with a phase-in and guaranteed due process for authorized workers incorrectly rejected by the system, according to the congresswoman’s office.