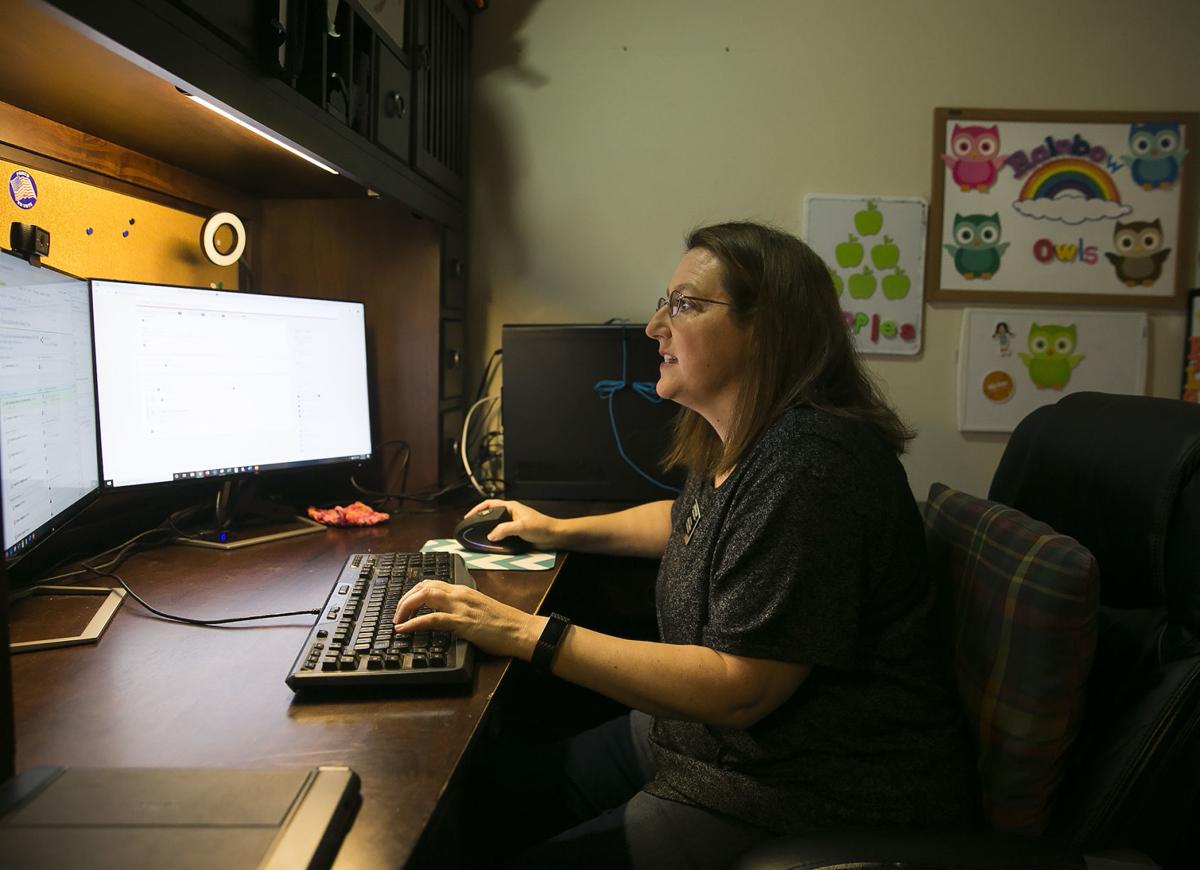 Cassandra Helzer enters funeral program details into FamilySearch at her home in Spotsylvania. FamilySearch is a website operated by Church of Jesus Christ of Latter–day Saints. 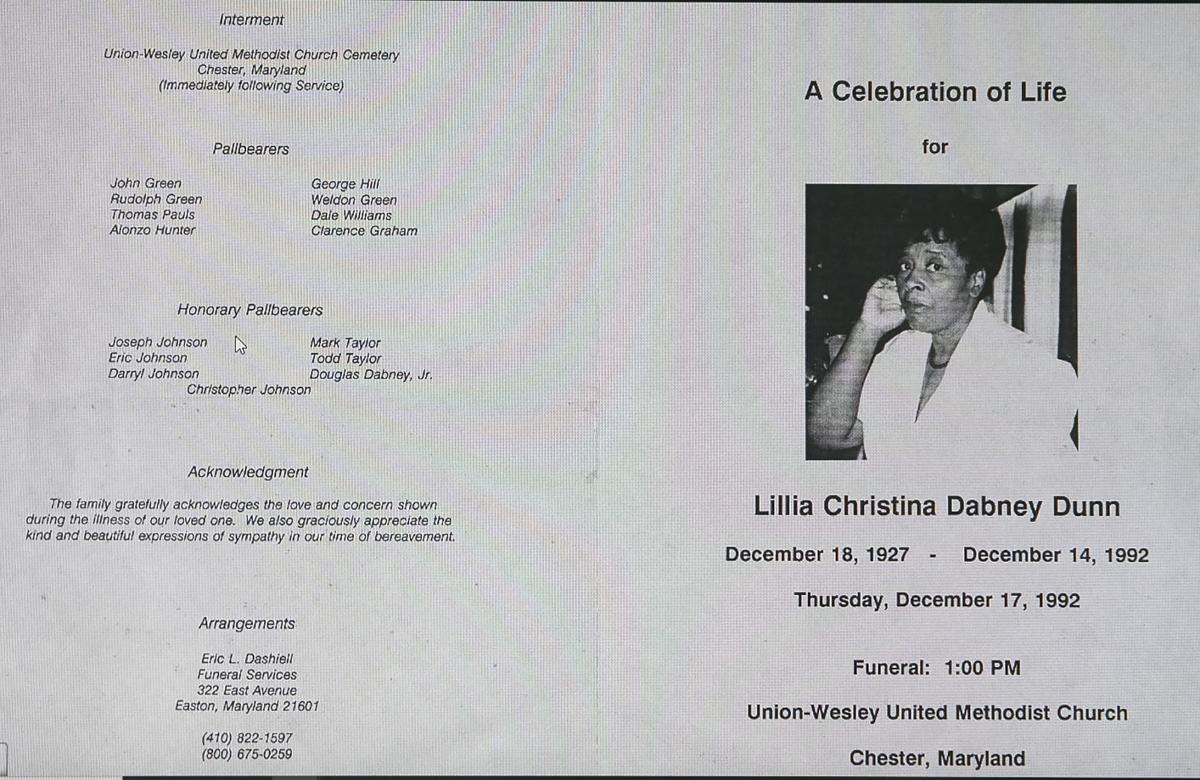 Scans of funeral programs are available to those seeking information about relatives, friends and acquaintances. 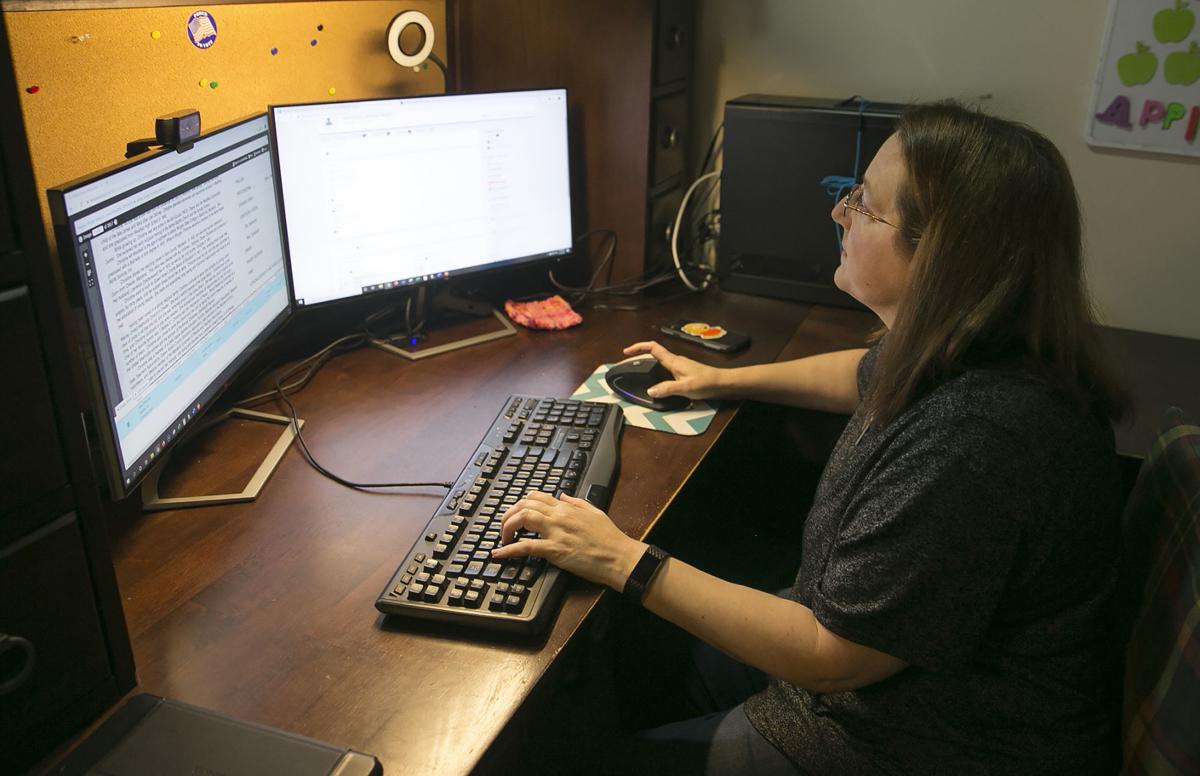 Cassandra Helzer enters funeral program information into the FamilySearch database at her Spotsylvania County home on Monday, Nov. 4, 2019. FamilySearch is a global website operated by Church of Jesus Christ of the Latter-day Saints.

Cassandra Helzer enters funeral program details into FamilySearch at her home in Spotsylvania. FamilySearch is a website operated by Church of Jesus Christ of Latter–day Saints.

Scans of funeral programs are available to those seeking information about relatives, friends and acquaintances.

Cassandra Helzer enters funeral program information into the FamilySearch database at her Spotsylvania County home on Monday, Nov. 4, 2019. FamilySearch is a global website operated by Church of Jesus Christ of the Latter-day Saints.

Volunteers across Virginia are combing through a large collection of old African American funeral programs to help families connect with distant relatives of the past.

The genesis of the project began about 12 years ago in Tappahannock, when Bessida White, of the Middle Peninsula African American Genealogical and Historical Society, worked with FamilySearch representatives to help compile Freedmen’s Bureau records for Richmond’s Black History and Cultural Museum of Virginia.

The Freedmen’s Bureau, established by Congress in 1865, provided clothing, food, fuel and temporary shelter to millions of former slaves, refugees and children following the Civil War.

While working on the project, White offered copies of funeral programs to FamilySearch representatives as a possible source of family information that she thought might be useful to the African American community.

“They were just fascinated,” White said. “They said, ‘That’s important stuff, we had no idea.’”

“African-American Funeral Programs, 1920–Present” is the latest collection of records being uploaded by FamilySearch, a global website operated by the Church of Jesus Christ of Latter-day Saints, headquartered in Salt Lake City. The church’s local Remote Operations Center is in Stafford County, at 20 Boscobel Road.

Unlike death certificates, funeral programs can provide critical information about a person’s relationships, military service, hobbies and community involvement. By manually extracting and uploading that information into the FamilySearch genealogy database, doors are opened for people to connect with distant relatives they never knew existed.

“It amazes me how many of these [funeral] programs include the mother’s maiden name, places they’ve lived and other details, giving us a lead to find their relatives in previous records,” said Helen Smith, mission lead coordinator of the FamilySearch Virginia Remote Operations Center in Stafford County.

In 2009, White led the effort to collect funeral programs in the state, bringing in 10,600 programs in just five weeks.

FamilySearch volunteers were soon at work, manually entering names, dates and other vital information into the vast genealogy database.

So far, volunteers have scanned over 10,000 African American funeral programs for the project. And the work continues.

“When it’s over, it’ll be about 24,000 records total, but it’s hard to say because one funeral program might have multiple layers of information,” said Smith.

Nearly 20 FamilySearch volunteers throughout Virginia do the majority of uploading work from their homes.

Casandra Helzer, who is the mission lead of the Virtual Remote Operation Center, spends between 8–10 hours each week at her house, connecting names from the funeral programs to names in the FamilySearch database.

Helzer said one of the initial challenges she faced at the onset of the project was duplicate records. She said as more names have been added to database, the process has become easier.

“When we first started, it was hard because we didn’t know if they were in the system or not,” said Helzer. “The more names we added and the more we got to learn about these wonderful people, the easier it’s been to go forward with the work.”

Helzer cited Baptist Liberty Church in King William County as one example of the positive impact the project has made on a small country church and the community that surrounds it. As a result of the project, many families in that region have connected to relatives of the past.

“If we can do this for one small community, for one little church, imagine what we could do for the world,” Helzer said. “If more people get involved, I can see many different communities being able to do this.”

The Latter-day Saints church recently donated $2 million to the International African American Museum in Charleston, S.C., to build a FamilySearch Discovery Center within that facility, which is scheduled to open in late 2021.

The Discovery Center will give museum visitors an opportunity to research their family roots near the hallowed grounds of Gadsden’s Wharf.

“The site of the museum is right on the wharf, the port of entry for nearly half of the enslaved African Americans brought to America,” said Elijah Heyward, the museum’s chief operating officer.

Between 1783 and 1808, an estimated 100,000 West Africans arrived at Gadsden’s Wharf, where many men, women and children died, never reaching the auction block. It was also during this era that Africans, arriving under harsh and cruel conditions, were recorded as property rather than as human beings. For years, this inhumane accounting method created obstacles and dead ends for those in the African American community hoping to research their ancestry.

Although the funeral program collection can be accessed from any computer by anyone at no charge, the Discovery Center within the new museum will give African American visitors a unique opportunity to research their family history at the site where so many Africans first set foot on American soil.

“We’re building a world class institution here,” said Heyward. “Having a partnership with the Church of Jesus Christ of Latter-day Saints will help us achieve our goals.”

Volunteers are needed to assist in the African American funeral program project. Contact Clayton Putman, regional coordinator for the project, at 804/901-1737 for more information.