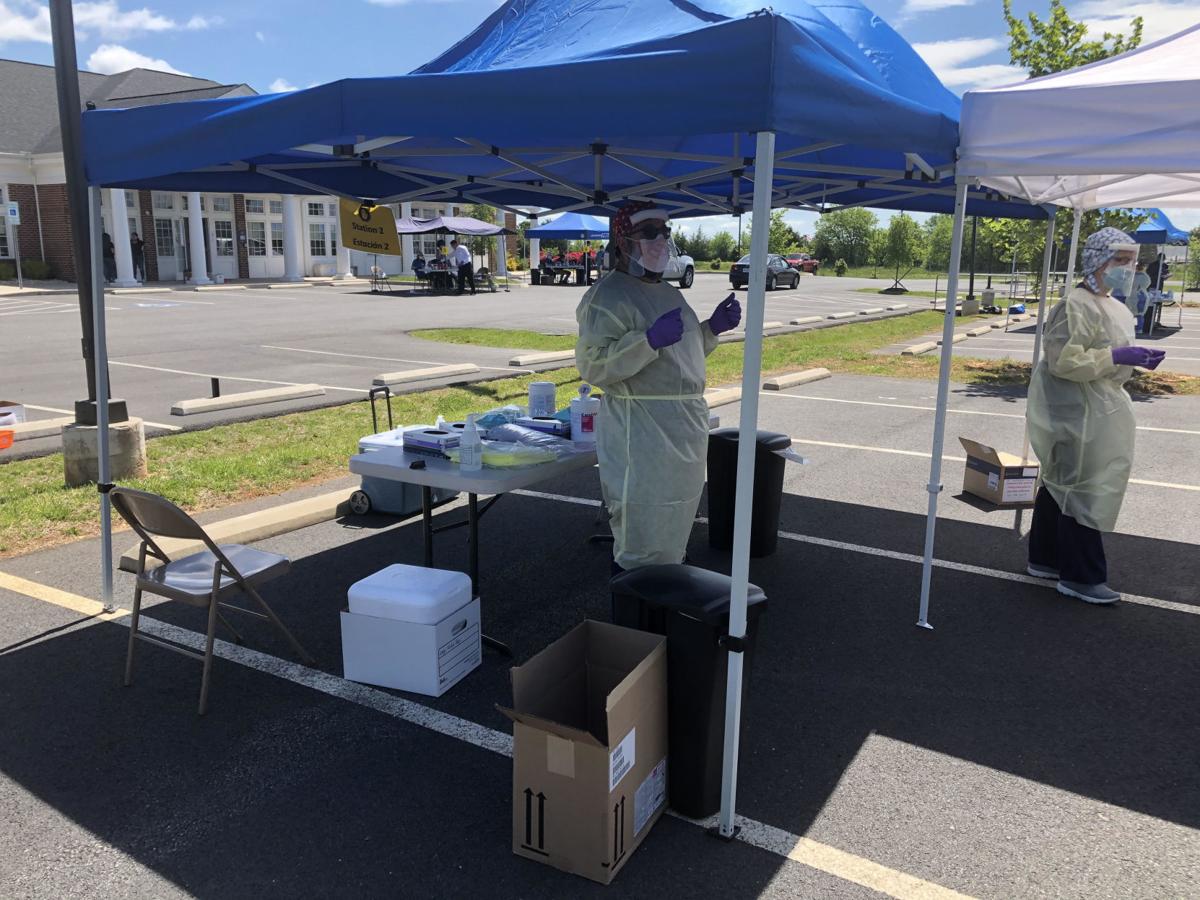 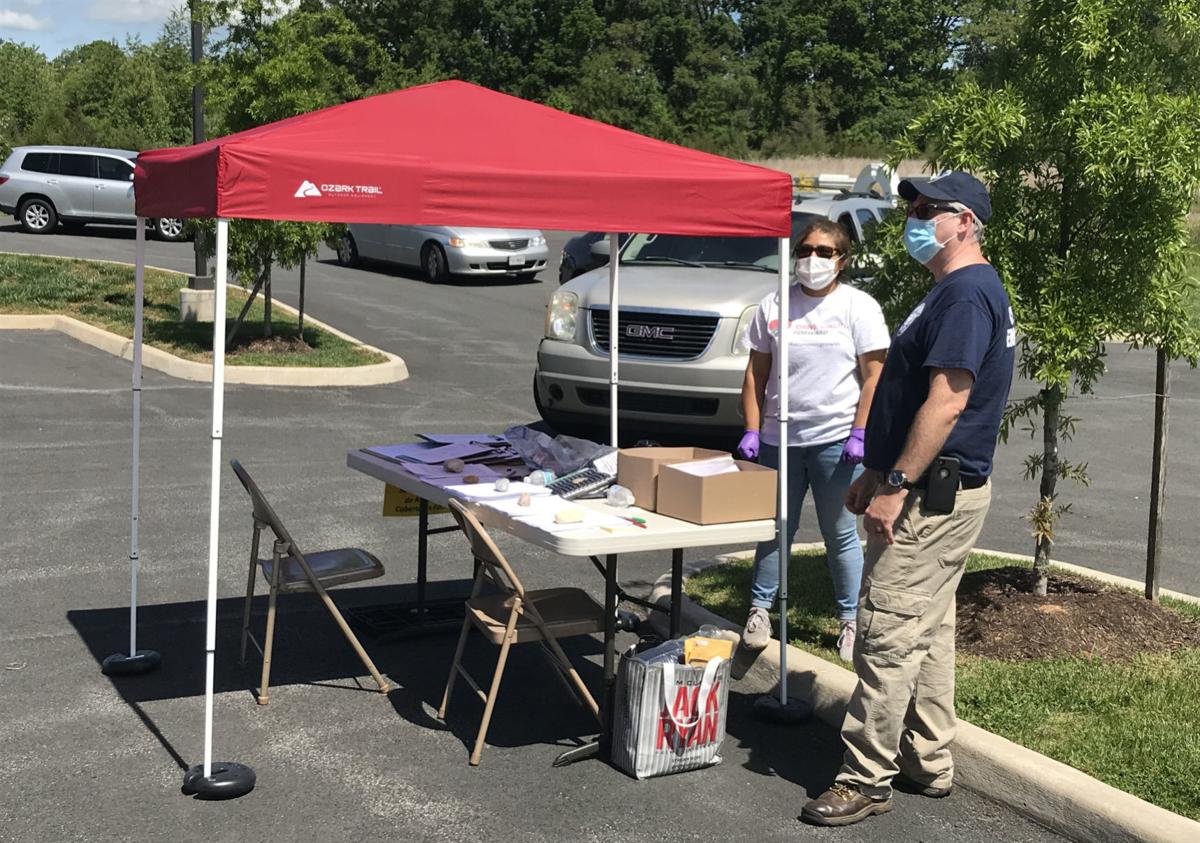 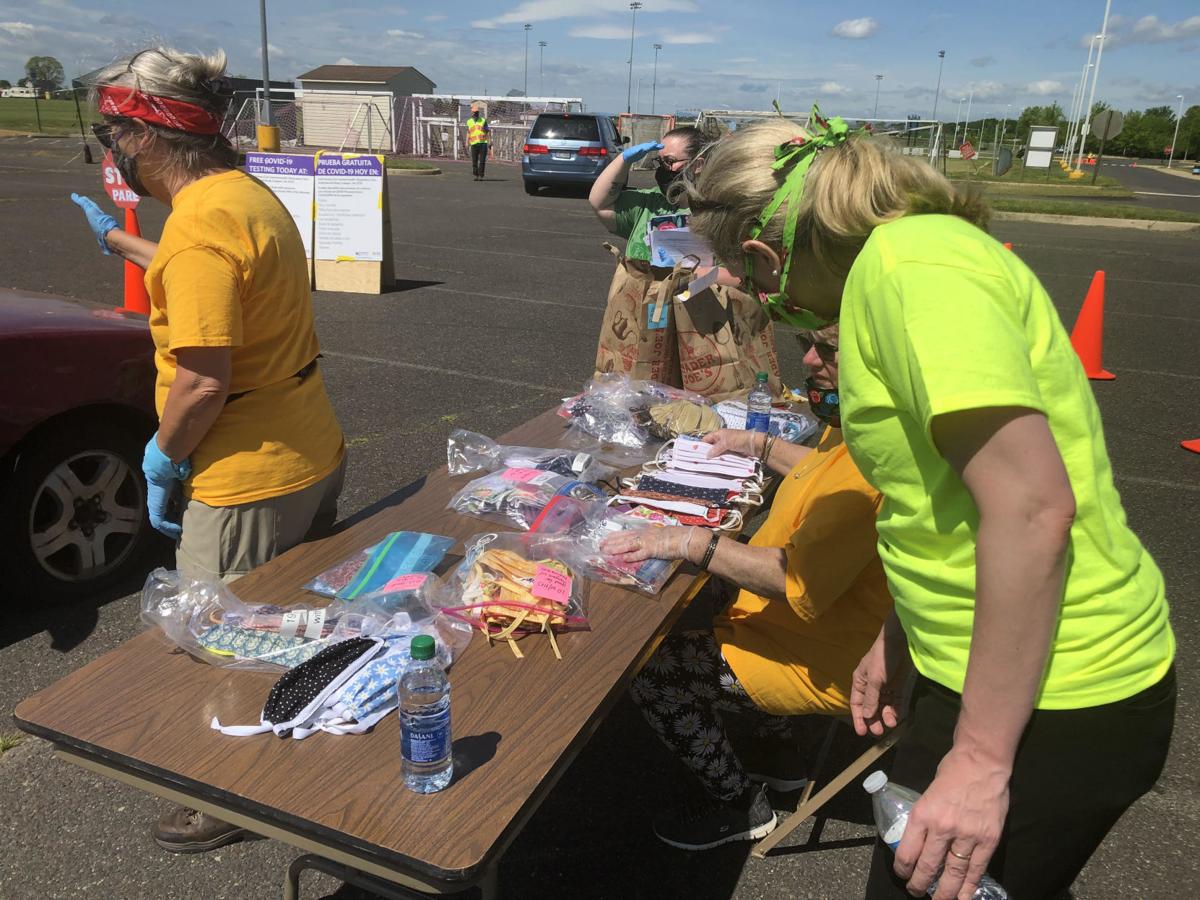 U.S. Rep. Abigail Spanberger (right) volunteers with others Saturday at the coronavirus testing site at the UVA Primary Care clinic on Bennett Road in Culpeper.

U.S. Rep. Abigail Spanberger (right) volunteers with others Saturday at the coronavirus testing site at the UVA Primary Care clinic on Bennett Road in Culpeper.

At a Culpeper County business, of 110 tests, 17 were positive, Dr. Kartchner reported.

At the UVA Primary Care testing site near U.S. 29, of 185 tests, 80 were positive, he said via a post on the Health District’s Facebook page.

“A number of the latter positives, however, appear to be people coming through for repeat tests,” Kartchner wrote. “We are still running through the data, and will know the final number of new cases from the community testing event in a few days.”

The former testing took place Friday at a production facility in Culpeper County that employs a high percentage of Hispanic workers. Spokesmen for the health district and the Virginia Army National Guard, who helped with the testing, have declined to identify the facility.

“It is important to understand that all positive tests in any of the events may not reside in Culpeper or even in the district,” Kartchner said via email Tuesday evening.

Cases are counted by residence, not where people are tested, he noted. Also, since a number of Saturday’s tests at the UVA facility were of people who were already positive and went to be retested, those results are not counted as new tests, Kartchner explained.

Prior to adding the Friday and Saturday testing events, the health district had a total of 707 COVID-19 cases, with 388 in Culpeper; 223 in Fauquier; 24 in Madison; 60 in Orange; and 12 in Rappahannock.

As of Tuesday morning, the Rappahannock-Rapidan Health District reported 801 COVID-19 cases in its five localities—Culpeper, 452; Fauquier, 243; Madison, 27; Orange, 67; and Rappahannock, 12.

The health district reiterated that the increased testing is identifying more cases in the area. “The disease isn’t more prevalent in the community all of a sudden,” Kartchner wrote.

“This simply serves to remind all of us that we should continue to be vigilant with this virus,” he stressed. “Continue the simple things that can keep us all safe—wash your hands, wear a face covering if you can’t maintain 6 feet of distance from others in public and, above all, if you are sick, stay home and certainly don’t go to work.”

In April, VDH started including probable COVID-19 cases and probable deaths in the state’s overall tally. Probable cases are people who are symptomatic with a known exposure to COVID-19, but have not been confirmed with a positive test.

Fairfax County, the state’s most populous locality with more than 1.1 million people, has the most cases with 8,020 and 292 deaths.

There are coronavirus cases in 130 of Virginia’s 133 cities and counties. Only Bath, Bland and Dickenson counties don’t have cases.

VDH said there are 307 outbreaks in the state, 183 in long-term care facilities. Such facilities also account for 614 of the state’s 1,041 deaths attributed to the virus.

State health officials have said there’s a lag in the reporting of statewide numbers on the VDH website. Figures on the website might not include cases or deaths reported by localities or local health districts.

Cases in the region: