Late update: Curfews fail, protests over police killings rage on in dozens of US cities

Reelected to a third term in the statehouse less than a month ago in a historic write-in campaign, Del. Nick Freitas has his sights set on Washington again.

The 40-year-old Culpeper Republican on Monday announced he would seek his party’s nomination in Virginia’s 7th U.S. House District to run in November 2020 against freshman Democrat Rep. Abigail Spanberger, of Henrico.

Freitas is an Iraq War combat veteran and former Green Beret. He sought the GOP nomination last year to run against U.S. Senator Tim Kaine, but narrowly lost to Corey Stewart in the primary election.

Spanberger is a former CIA operative who ran her inaugural campaign in 2018. She ousted first-term conservative Rep. Dave Brat by winning the district’s dense population center around Richmond.

“We need a change of representation in the 7th District,” Freitas said in a phone conversation Monday.

“Abigail ran on the idea she would be a moderate, an independent voice, that she wouldn’t get caught up in some of the hyper-partisan things we see going on with the impeachment. Then she gets up to Washington, D.C. and she’s voting with some of the more radical members.”

The local delegate said a Republican could absolutely win back the 7th District.

“If you look at the presidential year election (in 2016), Donald Trump won the 7th District by six points. Abigail had a very good year, a lot of things came together and she certainly ran a very strong campaign, but I don’t think she reflects the values of the 7th District overall,” Freitas said.

Asked how his congressional campaign would impact his work representing District 30 in the Virginia House of Delegates, Freitas said nothing would change regarding his office’s commitment to constituent services. He added he had already submitted 20 draft bills for the new session, beginning in January, including those seeking to minimize occupational licensing requirements.

“We have a very robust legislative agenda and nothing will change from that regarding running for Congress,” Freitas said.

At least three more Republican candidates, including another former Navy SEAL, have stepped forward to potentially face off with Spanberger next year to represent the district that spans Culpeper to the north and south to Richmond and its suburbs.

“The final candidate will be picked in a Republican convention which excludes the voice of the voter over the money of special interests. We hope he files the right paperwork this time,” Reuther said. “It would be helpful if the Republican candidates run on the issues of interest to the voters of the 7th District, rather than the usual divisive rhetoric.”

Last month, 14,694 voters from across Culpeper, Madison and Orange wrote-in Freitas’ name to reelect him to the Virginia House of Delegates over Democrat Ann Ridgeway, a Madison County educator. Freitas was forced to run as a write-in after missing campaign filing deadlines.

A strong libertarian, Freitas said if elected to Congress he would continue to advocate for personal freedoms.

“We need to be able to make an argument for private property rights, for individual liberty, for understanding why government is not the best way to solve most of these problems that Elizabeth Warren and Bernie Sanders and others are trying to solve through government,” he said.

“Our economic lives, healthcare, education, there doesn’t’ seem to be much area of human interaction that they don’t want to try to control with more taxes, more regulation and more power,” he said. “While a lot of these policies sound good … when you actually look at what they need to do to implement it, it’s pretty terrifying. It takes away a lot of individual choice and freedom and replaces it with mandates and rules and regulations from government bureaucracies – that’s just not the country I fought for.”

Freitas said his military service allowed him to work with diverse populations in achieving common goals. He added, “My service in combat has taught me you have to make the decision on what you’re willing to fight for and what it is you truly believe in and you have to do it before the firefight.”

He added, “We need leaders in Washington with the courage to stand up for the founding principles and constitutional rights that have allowed our country to be great. The 7th District deserves a conservative representative who will work to get things done rather than focusing on the impeachment circus.”

Freitas defended President Trump, saying he has accomplished good for the country.

“When it comes to policy positions, tax reform, regulatory reform, criminal justice reform, not getting U.S. service members involved in more conflicts overseas, all of those things have had an incredibly positive effect so I’m very supportive of that,” he said, adding. “We’ve reached a point where there are some on the left that just have such a hatred for the president that they’re not able to see past that to recognize the great things he’s done … everything seems to be focused on trying to overturn the last election and I don’t think that’s what people of the 7th District expect out of their representative right now.” 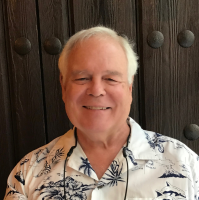 I'd like to hear a little more about Nick Freitas's "combat veteran" experiences. What kind of training did he have? What units did he serve in? Achievements and awards? How about sharing your DD Form 214 to the rest of us veterans so we can compare notes?

How disappointing that even before he is sworn in the next session of the Virginia House, Nick abandons his responsibilities to the voters of the 30th District to advance his own political carrier. He has already reaching for the Governorship and that slipped away.