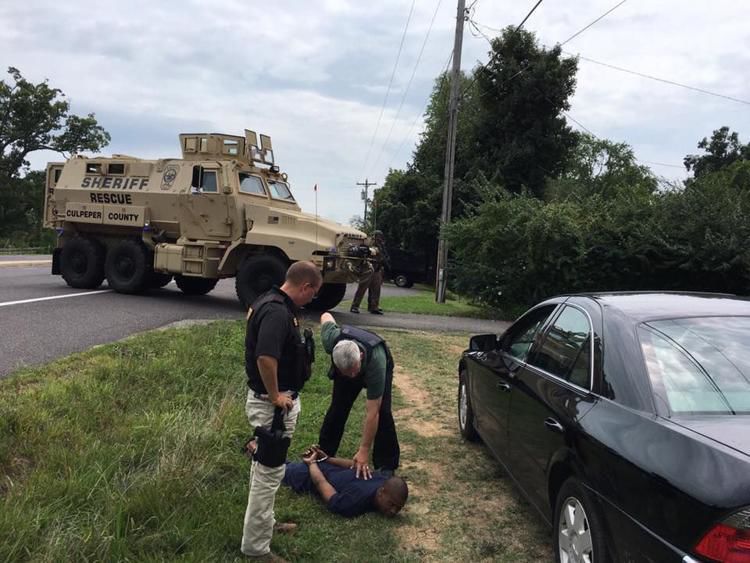 Rodney Massie was arrested by Culpeper County Sheriff’s Office on Aug. 11, 2017 outside his Rixeyville Road home. 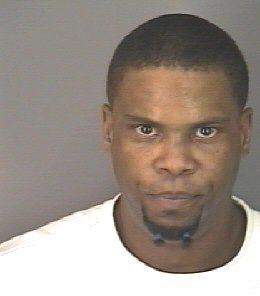 A 12-member jury handed down a 39-year prison sentence Wednesday in Culpeper County Circuit Court for a defendant convicted of various violent and sexual crimes related to a multi-day exploit that occurred two summers ago.

“What he did is a heinous act,” said Culpeper County Senior Assistant Commonwealth’s Attorney Travis Owens in closing arguments before sentencing. “Keeping the defendant away from society is a just sentence. The facts of this case merit a severe punishment. You cannot sell someone for $150 to have them raped.”

Massie was arrested two years ago at his home along Rixeyville Road for the crimes that occurred August 9, 2017 through August 11, 2017 during a drug-fueled encounter involving two women. The defendant gave the women cocaine and alcohol, according to court documents, but when they tried to leave the next day, he told them they had to pay for the drugs or have sex with him.

The women were prevented from leaving the house and Massie displayed a gun, all of which happened in the presence of his then 10-year-old daughter and his partner, Betsy Settle. Early on August 11, 2017, Massie took his partner, the two women and the child, all armed with weapons, for a ride in his Jeep to meet a man in Culpeper because he owed them money, according to court documents.

They picked up the man and brought him back to the Rixeyville Road residence where Massie stood outside a bedroom door with a gun and a vicious dog. Massie told the man they picked up that he could have sex with one of the women for $150, according to court records. The woman was raped both anally and vaginally.

The man who raped her, identified by authorities only as "Boogie," was never further identified or arrested.

Both women escaped from Massie's home. One was observed hysterically running down Ira Hoffman Lane around 4:30 a.m. on Aug. 11, 2017 by a CCSO deputy while the other woman emerged from the bushes, also hysterical. They told the deputy they had been held at gunpoint and later identified Massie as the perpetrator, according to court documents.

The Star-Exponent typically does not identify victims of sexual assault. The rape victim in this case, however, gave consent for her name to be printed and agreed to speak with the Star-Exponent after sentencing on Wednesday.

The meeting with Christina Whittaker, of Rappahannock County, took place in the Cameron Street office of the Culpeper County Victim-Witness Program led by Director Mark Nowacki. She declined to give a victim impact statement in the courtroom before sentencing.

Nowacki's office has provided support to Whittaker for the past two years, appearing in court with her, fielding late-night calls, helping her navigate the legal system and myriad other outreach.

“I am a person who tries to do what I can to push it behind me,” said the 37-year-old woman, a mother of two, of the trauma she endured. “It will never be over.”

The rape victim said the decision to pursue charges against Massie in the case was difficult, but that she did it so that no other women would be hurt by him.

“Don’t trust the ones you think you can trust regardless of the situation,” Whittaker said. “Don’t let your addiction be your weakness.”

Without support from those in the Culpeper justice system, the woman said she never would have pressed charges in the case: “I have never had so much support in my life.”

Whittaker thanked Nowacki and his staff as well as the lead investigator on the case, Pete Siebel with the Culpeper County Sheriff’s Office, telling them, “You guys put 100 percent faith behind me. You trusted me from day one.”

She said it was her children who got her through the darkest days, and that she is thankful to be able to spend more time with them after losing custody. Whittaker, who said she started using drugs at age 13, said she has not used them since she was raped. She has a place to call home and is looking to move out of state for a fresh start.

“No one else deserves to go through anything like this,” Whittaker said.

It’s been a very long journey to sentencing for Christina and her family, Nowacki said.

“I couldn’t be more proud of her,” he said, noting how difficult it is for a victim to come forward and share the awful details of what occurred.

Nowacki said close collaboration with the commonwealth attorney’s office and sheriff’s office was crucial and integral in getting a conviction in the case.

The people of Culpeper are in a safer place with Massie’s conviction, said Detective Siebel.

“Christina is a brave lady and Mark’s office has done a tremendous job,” he said. Siebel added his boss, Sheriff Scott Jenkins, has supported him and the investigation every step of the way. “It was all about trying to take care of Christina and take care of Culpeper.”

Court-appointed Culpeper defense attorney Kirk Milam, prior to sentencing on Wednesday, asked the jury to impose the minimum sentence of 39 years for the seven charges, which the jury granted. The maximum sentence on each of the first three charges (abduction, rape and sodomy) was life in prison.

Milam, earlier in Wednesday’s court proceedings, unsuccessfully argued for a mistrial in the case, attempting to establish that one or more of the jurors knew prosecution witnesses in the case, causing an unfair bias. He also argued that another juror expressed general concerns about the integrity of the verdict later on the night it was rendered and met with two police officers about it.

Circuit Court Judge Susan Whitlock found such relationships between jurors and witnesses did not exist and that the integrity of jury proceedings was intact. She said all of the jurors were polled and agreed with the guilty verdict.

Before sentencing Wednesday, the prosecutor listed Massie’s prior criminal history, including various assaults when he was living in Texas, a 2017 DUI in Culpeper and assault by mob in Prince William in 2015.

Speaking for Massie before sentencing was defense witness Lutricia Toliver, who recalled the defendant’s kindness in videotaping a local community event for free.

“He was always very respectful and seemed like a good father,” she said. “He was kind and helpful to us when we needed things done.”

Massie’s partner of 14 years, Betsy Settle, also took the stand for him on Wednesday. She said she met Massie while working part-time at the Walmart, where he would come to get his photos developed and put on disks. Settle said Massie “has always been 110 percent father” to their daughter, now 12. Settle said he was a stay-at-home dad for most of their daughter’s younger years and took care of her.

As a local videographer, Settle said, Massie filmed weddings, family reunions and local sports team events. She said what happened in the summer of 2017 was out of character for him.

In a related case, she pleaded guilty last year to child abuse for her role in the violent incident in front of their daughter, which included giving her a weapon on the night of the Jeep ride into Culpeper, according to testimony.

The 12-year-old spoke about her father on the stand in court Wednesday. In the heart-wrenching testimony, the girl recalled all the good memories she had with Massie, including him teaching her to skateboard and make movies. She said he fixed her meals, helped her pick out outfits for school and got her on the school bus every morning.

“He is kind, loving and generous,” said Massie’s daughter. She said she missed her dad.

Owens, the prosecutor, said while the defendant may be a loving father he has also has a darker side.

“He sold her for $150,” he said, pointing at the victim in the courtroom. “She will have to live with that for the rest of her life.”

Massie did not speak during sentencing. He frequently looked at his daughter, and was led away in handcuffs by bailiffs after the hearing, through the third floor public hallway out to the jail next door to the courthouse.