The Culpeper area’s first Oxford House is slated to open by the end of this month in the Highview neighborhood, off of Orange Road. 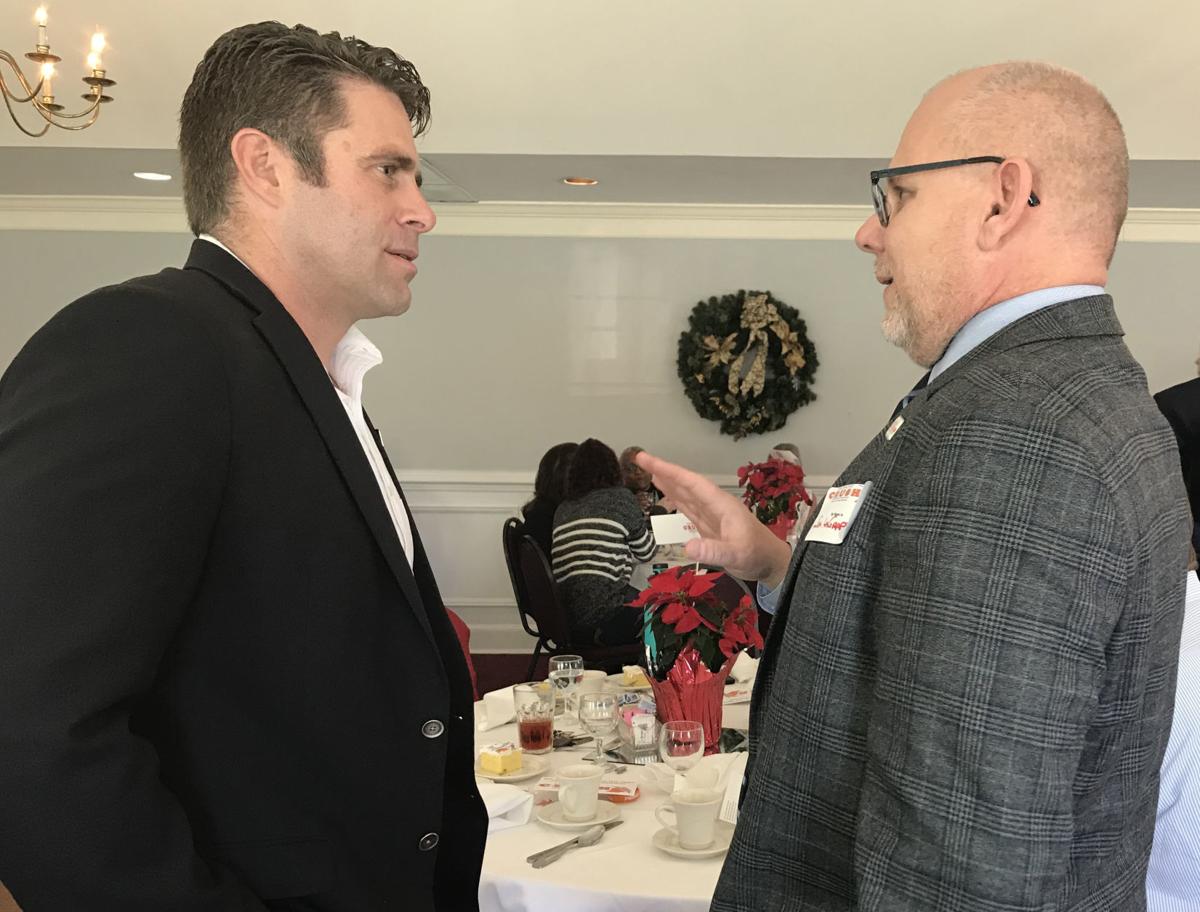 The Culpeper area’s first Oxford House is slated to open by the end of this month in the Highview neighborhood, off of Orange Road.

A whisper of hope is emerging on the not-too-distant horizon for local addicts in recovery.

Applications are now being accepted for residency in the Culpeper area’s first Oxford House, a democratically self-governed, self-supported recovery home. The four-bedroom house in Highpoint, off of Orange Road in town, will offer seven men the opportunity to grow as they recover from addiction to drugs and alcohol.

Oxford House Northern Virginia Region Outreach Worker Debbie Robinson is overseeing the interview process for potential placement of “members” in the Culpeper home. Several applications have already been received and interviews are being scheduled, she said, with move-in slated for the end of January.

“The house is self-supporting, self-run,” Robinson said, noting members will pay between $100 to $125 per week to live there with all monies put in a bank account for covering rent and utilities. “They must want recovery and must work a recovery program.”

She personally knows the benefit and possibilities for maintaining long-term recovery in an Oxford House, having lived in one for two years in Northern Virginia. Clean and sober for nearly 13 years, Robinson started using drugs at age 13.

“Living in an Oxford House gave me time to get acclimated to living a sober life,” she said. “It helped me change people, places and things.”

It made Robinson accountable to her peers as she worked her recovery program.

“Living with people that are just like you and had done the same thing I had done made it easier for me to stay sober,” she said. “No one judges you on your past in an Oxford House. We all have done things while using we are not proud of, but we also learn together that it’s not who we are.”

The large donation was to fill a gap in services available to local people in recovery, said PATH Foundation spokeswoman Amy Petty.

“Research shows that sober living residences are a critical component for those in recovery, and we’re very interested in finding ways to approach addiction issues – from prevention to treatment to recovery,” she said.

Petty added it doesn’t take a foundation grant to start an Oxford House. She said any private property owner can work with the organization to rent their property at market rates as a sober living residence.

“We see the optimal outcome as exactly what Oxford House has produced over the years—better outcomes in terms of relapse prevention for those pursuing recovery,” Petty said.

Jim LaGraffe, RRCS executive director, said his agency would work closely with Oxford House in providing a much-needed service in the region, including member referrals.

The benefit of RRCS owning the property, he added, is that it will remain an Oxford House for the foreseeable future per an agreement with the donors that it only be used as a sober living home. LaGraffe emphasized the need for such facilities.

“The five counties supported by RRCS have a higher than average rate than the state for opioid and substance use,” he said.

Other than the short-term Boxwood recovery center, the region has no alternative residential options for people in recovery, LaGraffe said. He noted Oxford House is listed as a best practice on the federal government’s National Registry of Evidence-based Programs and Practices.

Each house is based on three rules—no use of drugs or alcohol and no disruption, it is run democratically and all members must pay an equal share of house expense.

A certain number of weekly recovery meetings (NA or AA, for example) may be required, and weekly business meetings are mandatory at which checks are written for bills and residents made aware of their financial standing.

“We know that it is difficult to create and maintain a sober lifestyle during the early stages of recovery,” she said. “Studies have shown that people who live in sober homes after attending treatment have lower rates of relapse and a greater likelihood of being able to live productive lives. Sober living homes are realistic, supportive and cost-effective living environments and, until now, there were none in our area.”

The hope, added Landry, is that the program will help people learn to live a sober life.

“With the support of an Oxford House, residents will develop new and healthy habits, learn to cope with daily struggles in new ways and build relationships with others who are on the same path. I could not be happier about this grant and the support we are helping to provide for people who have made the incredibly difficult decision to fight their addiction,” Landry said.

One of the biggest challenges to maintaining one’s sobriety is when life shows up with its many problems, said Robinson.

“As an addict, I know that if I pick up and use, the problem will temporarily go away,” she said. “So it’s about not picking up, one day at a time. Addicts don’t like to feel, so it’s about learning to get through the feeling and knowing that it will work out and it can be done without the use of alcohol or drugs. The longer I stay sober, the easier it gets.”

Robinson has been working for Oxford House for the past six years, overseeing 60 homes with a total of 486 members.

“I do this job because I know that if you give someone with the disease of addiction a chance without judging them, they can stay sober,” she said. “It’s all about wanting a better life and peer-to-peer support. Oxford House was a kick start for me. It’s an honor to give back and help those that want to stop using.”

Members can stay in Oxford House for as long as they need. Addicts in recovery should know there is a better way, Robinson said. “It takes time to change old behaviors and Oxford House gives them that,” she said.

Dee Fleming, founder of Culpeper Overdose Awareness, said she was thrilled to hear about the recovery home opening.

“This is one more step in creating a recovery-friendly community,” she said. “Safe, stable housing is key to successful recovery.”

Fleming got involved in addiction advocacy following the Oct. 3, 2017 death of her 23-year-old son, Joe, to a fentanyl overdose. She maintains a list of addiction services, programs and meetings at culpeperoverdoseawareness.org and on Facebook and recently wrote a blog at the web site about how local businesses can get involved in the solution.

“That’s another thing we desperately need—second- and third-chance employment opportunities,” Fleming said, adding, “Culpeper is on its way to becoming a recovery-friendly community, but we still have lots of work to do.”

LaGraffe said more sober houses are needed to serve the Culpeper region. “We are continually looking for opportunities, but we have no specific plans at this time,” he said.

To inquire about becoming a member of the Culpeper Oxford House, contact Robinson at 703/973-8740 to schedule an interview or fill out an application at oxfordvacancies.com.