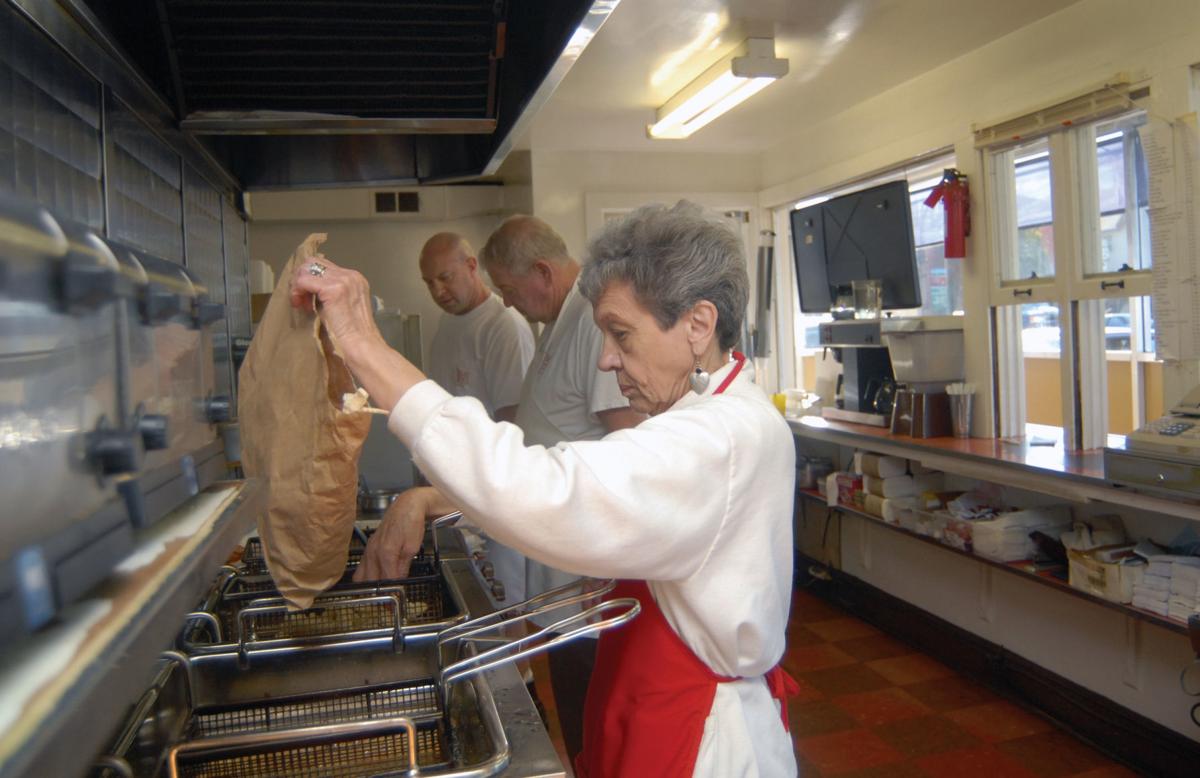 Pauline Jenkins (front) works in Baby Jim’s Snack Bar in 2007. She died on Wednesday at the age of 91. 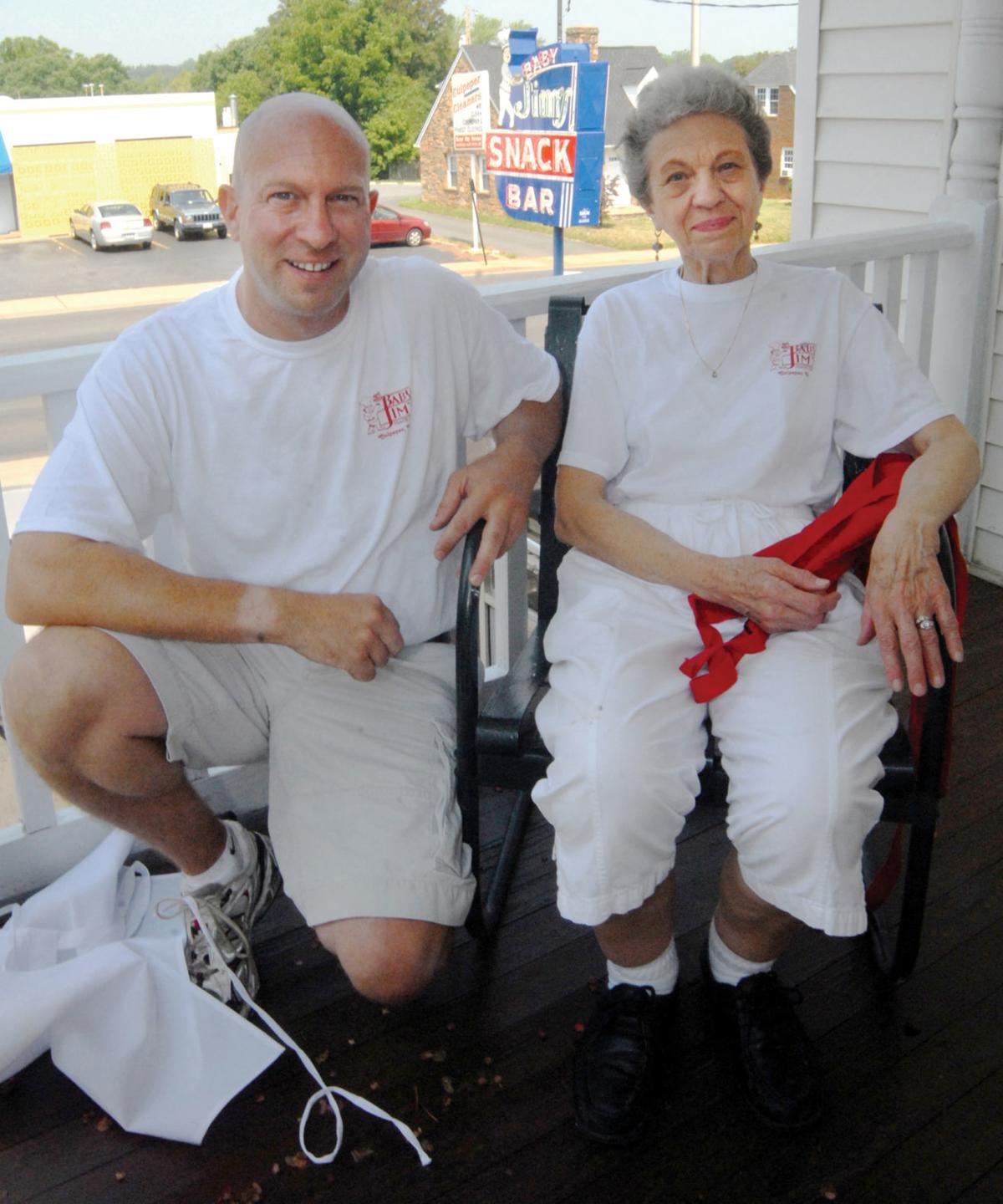 Collis Jenkins III and his mother, Pauline Jenkins, in 2008 on the porch of their home attached to Baby Jim’s Snack Bar. Mrs. Jenkins died Wednesday at age 91 after nearly seven decades working behind the counter at Baby Jim’s. 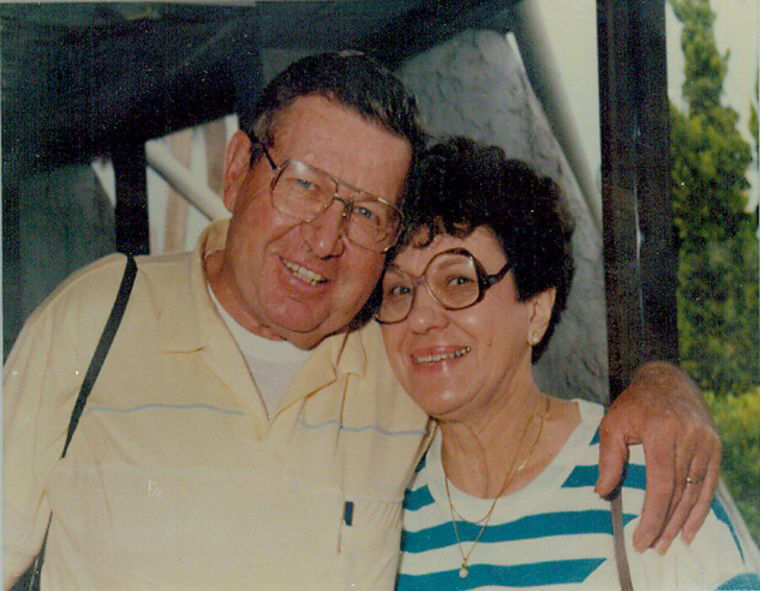 Pauline Jenkins (front) works in Baby Jim’s Snack Bar in 2007. She died on Wednesday at the age of 91.

Collis Jenkins III and his mother, Pauline Jenkins, in 2008 on the porch of their home attached to Baby Jim’s Snack Bar. Mrs. Jenkins died Wednesday at age 91 after nearly seven decades working behind the counter at Baby Jim’s.

The mistress of Baby Jim’s Snack Bar has passed on to the diner in the sky. Pauline Fincham Jenkins died peacefully at home Wednesday afternoon. She was 91.

Her only child, Collis Jenkins III, said his mother was the cornerstone of the North Main Street snack bar that began in a nearby alley in 1947.

“Mrs. Baby Jim meant so much to the community. Mom’s heart embraced everyone with an unconditional support that came with no expectations,” Collis said on Thursday.

“She dedicated her life to my dad and me. Not only did mom enrich my life, but she did the same for so many in the Culpeper community. She was truly Culpeper’s mom.”

Pauline Jenkins was the third oldest child of eight born in 1928 to Annie and Robert Fincham. She graduated from Rappahannock County High School and during her senior year worked at the Culpeper Diner. That’s where she met and eventually married Baby Jim, born Collis Jenkins Jr., the youngest of five children and the “baby” of the family.

“He got this idea we needed fast food in Culpeper,” Pauline Jenkins recalled in 2011 when her husband passed. “It was his own idea.”

The heart of the place was hers, however.

In 1953, the newlywed couple purchased the house at the intersection of North Main and Williams streets, dug out the side yard and relocated the Snack Bar from the alley to the building’s basement.

For nearly 70 years, Pauline worked behind the counter that still opens long before the sun rises, serving hot, tasty meals to working-class people.

Family friend Drew Hudson described her as “the sustaining source” behind the business.

“Pauline honestly managed her last transaction at the Snack Bar at 87 with the same gratitude that she managed her first many years ago,” he said. “That is a tribute to her work ethic, her love for the Snack Bar and her engagement with the folks she served.”

Mrs. Jenkins was all about family, Hudson added. Her son, Collis, remained the light of her eye until her very last days, said Hudson, of Annapolis, Maryland. Now a business owner, Hudson started working at the Snack Bar at age 12.

“In a world of ‘evolving’ and ‘new and improved’ and bigger and better, Pauline and Baby Jim built a sustainable business that has spanned eight decades—while engaging in their family and community,” Hudson said. “A life well lived, no doubt.”

Culpeper Town Councilman Bobby Ryan has been eating at Baby Jim’s since he was a boy growing up in town, and still frequents the place now managed by Matt Corbin several times a week.

When Pauline celebrated her 85th birthday on Aug. 18, 2013, the mayor of Culpeper issued a proclamation declaring it Pauline Jenkins Day. It stated: “Pauline has remained the driving, constant force behind Baby Jim’s Snack Bar, the oldest restaurant and continuously owned family business in the town of Culpeper.”

At the time, Collis Jenkins noted that his mother still lived for the Snack Bar, often begging him not to take away her early morning shift beginning at 4 a.m.

Pauline Jenkins was a strong woman who used her voice in a gracious manner and commanded the respect of many, remarked Hudson.

“Culpeper has certainly lost a treasure,” he said.

Funeral services will be held at Clore English Funeral Home. Visitation will be 4 to 6 p.m. this Sunday and funeral services at 11 a.m. Monday, Aug. 26, at the funeral home on U.S. 29 in Culpeper County, with interment following at Fairview Cemetery.