Fast-casual restaurants, including Chipotle, changed how people eat and forced competitors to adapt or die. 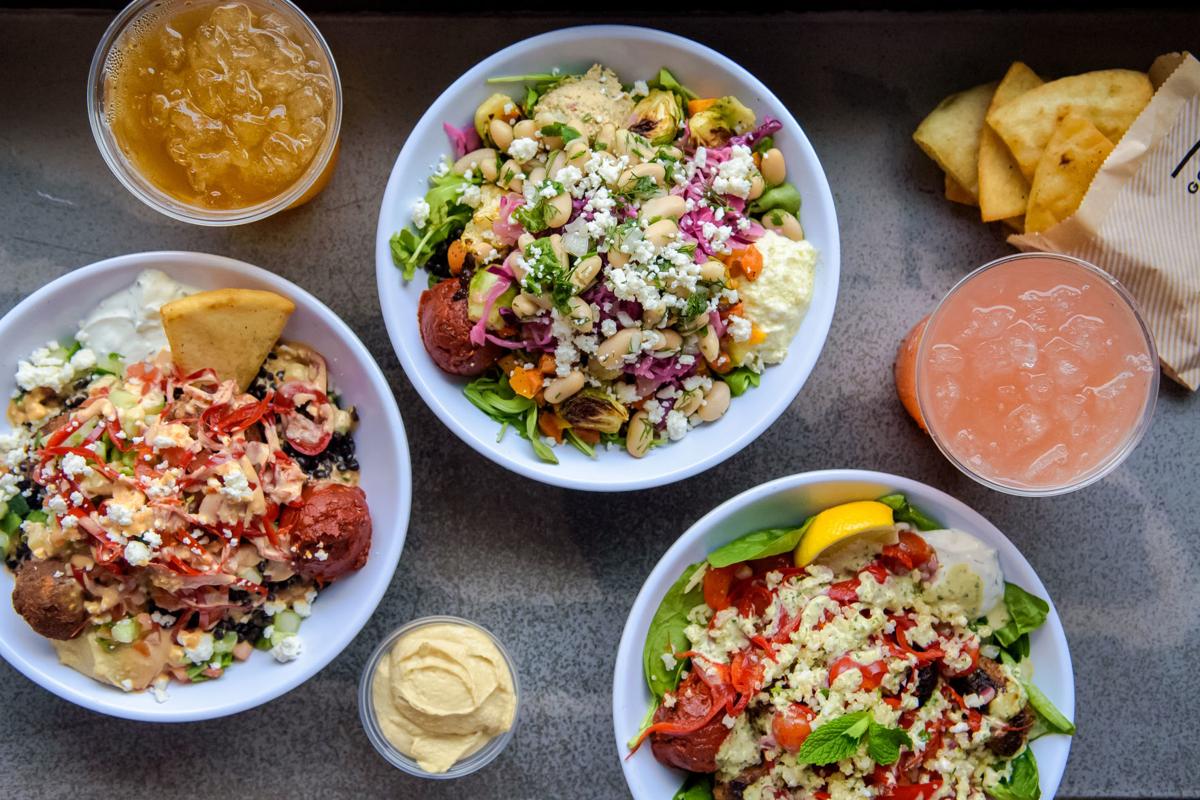 Cava in Fredericksburg offers a ‘build your own’ menu with a Mediterranean twist, similar in selection and delivery to the Chipotle dining method.

Fast-casual restaurants, including Chipotle, changed how people eat and forced competitors to adapt or die.

Cava in Fredericksburg offers a ‘build your own’ menu with a Mediterranean twist, similar in selection and delivery to the Chipotle dining method.

Talk all you want about avocado toast, plant-based meats, small plates and milk alternatives, but the biggest food trend over the past decade was fast-casual.

Nothing had a larger impact on American dining than these counter-service restaurants. They changed the way people ate and how ingredients were sourced at chain restaurants. They also forced the competition to adapt or watch their customer base shrink faster than a cotton shirt in the wash.

Fast-casuals predated the 2010s, of course. Launched in the 1990s with the promise of healthful food prepared with better ingredients than those at fast-food chains, fast-casuals became the darling of the last decade, driven in part by the effects of the Great Recession, skyrocketing rents and rising food costs. The numbers give you a glimpse into their dominance: In 2009, there were about 17,300 fast-casuals in the United States with sales of $19 billion, according the market research firm Technomic. By 2018, the last year for which statistics are available, fast-casuals had more than doubled their locations (34,800) and sales ($47.5 billion).

Yet, the numbers alone don't begin to explain the influence that fast-casuals had over the past 10 years. If you will recall, the aughts were the decade of the chef as benign dictator, the chef as auteur, every bit as controlling as Alfred Hitchcock on set. You ate what the chef put before you, exactly how the chef told you to eat it. You ordered the tasting menu, only the testing menu, a multicourse affair that could drag on for hours, long after your appetite and attention span had been satisfied and/or exhausted. You were not allowed substitutions, special requests or even a salt shaker. You were there to do one thing: savor the genius of the chef.

Fast-casuals turned that relationship on its head. The diner was, once again, in charge. Customization was not only encouraged but often built right into the business model as customers walked the line, engineering their own burritos, rice bowls, conveyer-belt pizzas or whatever other dish served as the focal point of the concept. Chefs may have helped design a fast-casual menu, but they were relegated to corporate kitchens, where the collective will of the people (and the poor economy) had deflated their ambitions and their egos.

But more than that, fast-casuals split the difference between chef-driven restaurants and multinational fast-food outlets. Chains such as Shake Shack, Sweetgreen, Pei Wei Asian Kitchen, Cava and others promised fresh, sometimes organic ingredients, occasionally sourced from nearby farms, just like the white-tablecloth restaurants that used to list their suppliers right on the menu. Some fast-casuals even traded on seasonality, offering peaches in summer and kabocha squash in winter. Just as important, fast-casuals promised an attractive space to eat, not some industrially lit environment with hard plastic chairs and loud metal surfaces, which all but encouraged you to eat up and get out.

The fast-casual was perfect for the era: In the 2010s, smartphones would become our constant companion, providing us with a steady stream of information, entertainment and texts, but also tying us to the workplace at every hour of the day. The device that made our lives easier also, largely, sucked the life out of us. Suddenly, we had no time. We were too busy for this full-service restaurant tomfoolery. We wanted something good. Something quick. Something relatively cheap. The fast-casual fit right in.

And fast-casuals capitalized on this technology. They built proprietary apps, so we could order ahead and avoid the long lines that form around the lunch hour. We could earn rewards, swag, even, if we were loyal. This was a two-way street, naturally: The companies collected data on us. Lots of data: our dining frequency, our menu selections, our price sensitivities. As Nicolas Jammet, co-founder of Sweetgreen, told me a couple of years ago, "Having all the data helps us be smarter." Smarter in ordering ingredients. Smarter in menu development. Smarter in catering to customers.

The technology was not limited to the kind you hold in your hand, either. Fast-casuals such as Cava use sensors to track how fast customers move through the lines during peak dining periods. As Brett Schulman, chief executive of Cava, told me recently, the sensors help calculate the "balk rate" - the point at which the line is so long and/or so slow that customers balk at the amount of time required to grab lunch. So they walk out.

This information, Schulman added, assists executives who then work to "alleviate the pressure of that line so that we can lower our balk rate" and serve more customers, the goal of every restaurant. (A solution, Schulman pointed out, could be as simple as redesigning a store so customers are standing closer to the ordering counter, and not the front door.)

During a decade when operating costs increased across the board—food, labor and rent - fast-casuals appealed as much to bean-counters as to diners. The counter-service concept requires far fewer employees (Schulman estimates that a fast-casual can function with about half as many staff as a fine-dining restaurant), and those workers will not demand the type of salaries that an executive chef, sous chefs, a general manager or other upper-management members of a fancy restaurant would.

Not surprisingly, the profit margins of fast-casuals are attractive to investors and venture capitalists, said David Strasser, managing director of Swan and Legend Venture Partners, a partner in both Beefsteak and Cava.

Another thing that excited investors during the 2010s, Strasser added, was the fact that Chipotle and Panera—two fast-casual pioneers—proved the concept could work in the suburbs, not just urban centers where young and single diners patronized the restaurants. "It just showed that suburban people were willing to pay a premium ... for high-quality food," Strasser told me.

The popularity of fast-casuals did not go unnoticed by casual-dining or fast-food chains, both of which suffered at times during the rise of the counter format. But fast-casual's competitors did not sit still, either. They responded by cleaning up their ingredients, introducing more healthful options, adopting new technologies and sometimes even moving into the fast-casual category themselves.

Sample evidence over the past decade: McDonald's, Burger King and KFC ditched chicken raised with antibiotics important to human health. Burger King and White Castle introduced meatless burgers. McDonald's invested heavily in technology and data. And casual dining chains, from Buffalo Wild Wings to IHOP, have opened or will open their own fast-casuals.

The decade-long influence of fast-casuals had a strange effect on the hospitality industry: The lines between fast-food, casual and fast-casual restaurants began to blur. This, in return, had an impact on fast-casuals in the latter part of the decade. They were hurt by their own popularity and irrational exuberance, whether squeezed by the increased competition or by their own overexpansion (and an outbreak or two of foodborne illnesses). Chains including Chipotle, Red Robin and Cosi closed many locations. Cracker Barrel gave up on its fast-casual bid. Promising chains, such as ShopHouse Southeast Asian Kitchen and the original Taylor Gourmet, disappeared entirely.

Despite the setbacks, the fast-casual market continues to grow overall and continues to influence other restaurants, both high and low, said Cherryh Cansler, vice president of editorial for Networld Media Group, which publishes FastCasual.com, an online magazine that covers the industry. At this point in its history, fast-casuals can no longer be identified as a trend, Cansler added. They are a permanent fixture in the hospitality industry.

Can you say the same for avocado toast?