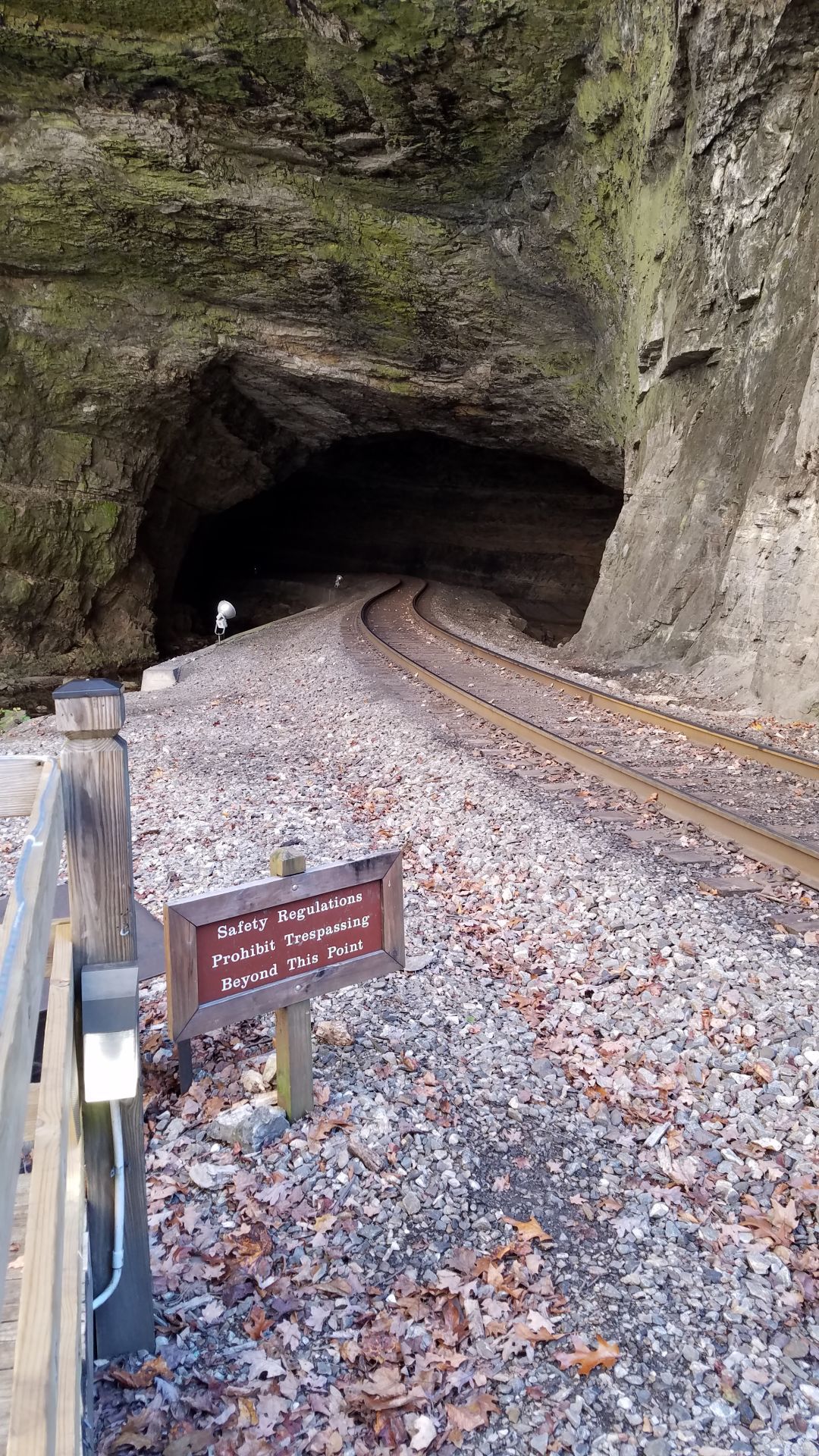 Over millions of years, water passing through the mountainside created a tunnel. 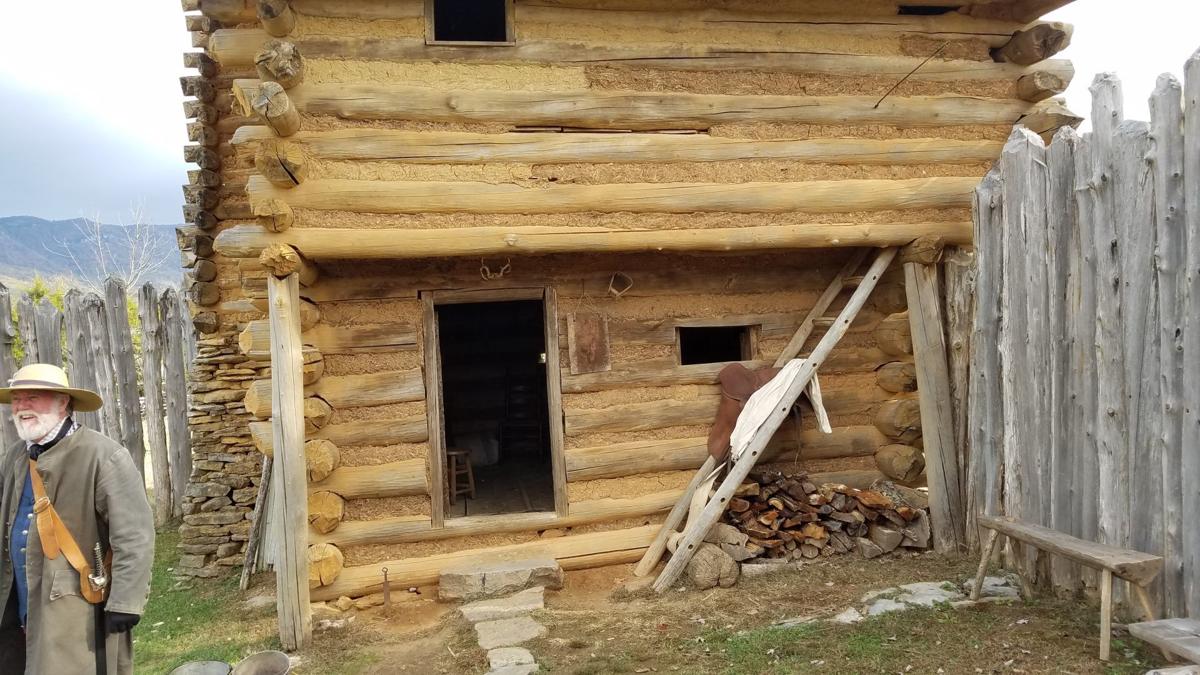 At Wilderness Road State Park, a group of volunteers used primitive tools, elbow grease and horses to construct a replica of a way station.

Over millions of years, water passing through the mountainside created a tunnel.

At Wilderness Road State Park, a group of volunteers used primitive tools, elbow grease and horses to construct a replica of a way station.

For several days recently, I was lucky enough to explore Virginia’s southwest region to visit a handful of state parks.

I had amazing experiences set against natural backdrops that changed by the day. I saw a huge natural tunnel cut into a mountainside by running water and hillsides so high they seem to touch the sky. Those hills were blanketed with a host of hues thanks to oaks, sweetgums, maples, sourwoods and tulip poplars.

By the time the trip was done, my faithful guide from Virginia State Parks, Annette Bareford, had led me to some new places and told me some great stories.

I’ll be sharing stories on each of them and other state parks—like Grayson Highland and Claytor Lake—in the coming months.

I was a little concerned in starting this State Park series that he stories could get repetitive, as parks often do similar things for their guests. But so far,that hasn’t been the case. And this week’s travels proved how different all the parks are.

That diversity was evident as I rode a ski-lodge-like tram down the hillside to see the tunnel eaten into the mountain near Duffield at Natural Tunnel State Park. I also saw it at Wilderness Road State Park when I watched costumed interpreters playing the parts of soldiers, frontiersmen and Native American tribesmen in and around a recreated fort.

That park—and the fort that sits on a hillside in Ewing—are not far from the Cumberland Gap, where hundreds of thousands of westward-moving settlers sought better lives in the frontier lands of Tennessee and Kentucky in the 18th century.

And that diversity was on a big-time display when we traveled up the hillsides and looped around the mountains on the way to Grayson Highlands State Park. That trek in particular underscored what a flatlander I really am.

Around here, I’ll talk about “big hills” where I have to ride my bike up a small incline or two. In Southwest Virginia, those wouldn’t qualify as bumps in the road.

The other thing that struck me on our travels was how life in the mountains happens in layers.

Going down the highway, you might see a line of houses below you, another row of houses deeper below the first and then maybe a creek below that. On the opposite hillside, you could pick out a dozen layers or more as barns, houses and churches existed on different levels.

Connecting them all are roads and driveways that must be a bear to maintain and travel, especially in bad weather.

One church we passed was accessed from the road by a driveway that seemed to go up so steeply that an elevator would better serve parishoners. I couldn’t help but think to myself that little country church was closer to God in more ways than one.

Stay in the area long enough and you’ll notice the accents there are a little more Southern and twangy than in other parts of our great state. I enjoy the differences.

During a stop at the Southwest Virginia Museum in Big Stone Gap, staffers pointed out that when the movie of the same name was filmed there years ago, space in the museum was used for classes where the film’s creators tried to give cast members more authentic Southwest Virginia accents.

And because local history is always a topic of conversation, I got a kick out of talking to a waitress at the Red Stone Drive-In near Big Stone Gap.

She fairly quickly brought up the movie, based on a popular book series about the town by Adriana Trigiani, who grew up there. The movie includes the real-life chicken bone choking incident that Elizabeth Taylor suffered on a political stop there in 1978 with her then-husband John Warner.

“Oh, I’ve got pictures of her going into the hospital and coming out after the surgery to remove that chicken bone from her throat,” said Kim, whose last name I never got.

To prove it, she pulled out her phone and showed me pictures of pictures she kept there to show tourists.

Like the amazing displays of natural beauty and the interesting details of frontier history, her pictures and play-by-play of the chicken bone incident was a highlight of my trip.

Rob Hedelt is a veteran columnist with The Free Lance-Star. Reach him at 540/374-5415 or rhedelt@freelancestar.com.