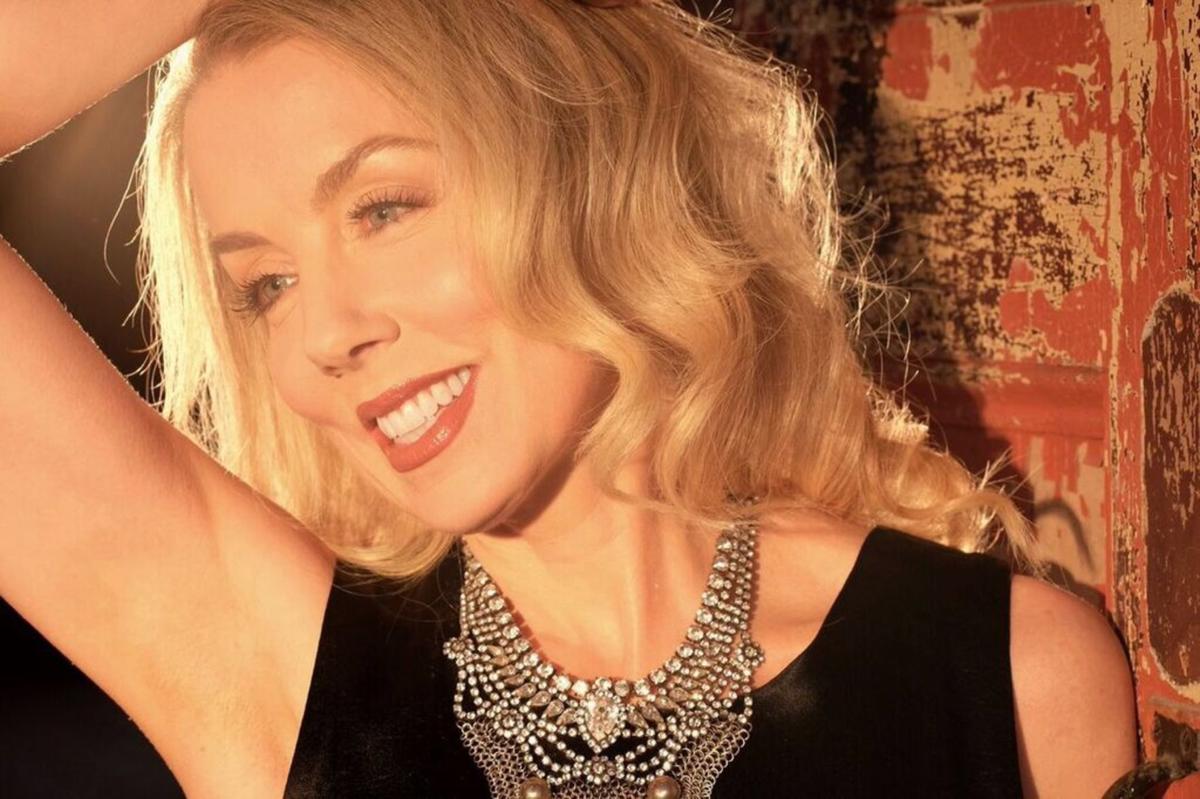 Abigail Rockwell, who was to perform with the University of Mary Washington Philharmonic, continues to look into her grandfather’s life and work because she feels it is illustrative of a shared humanity. 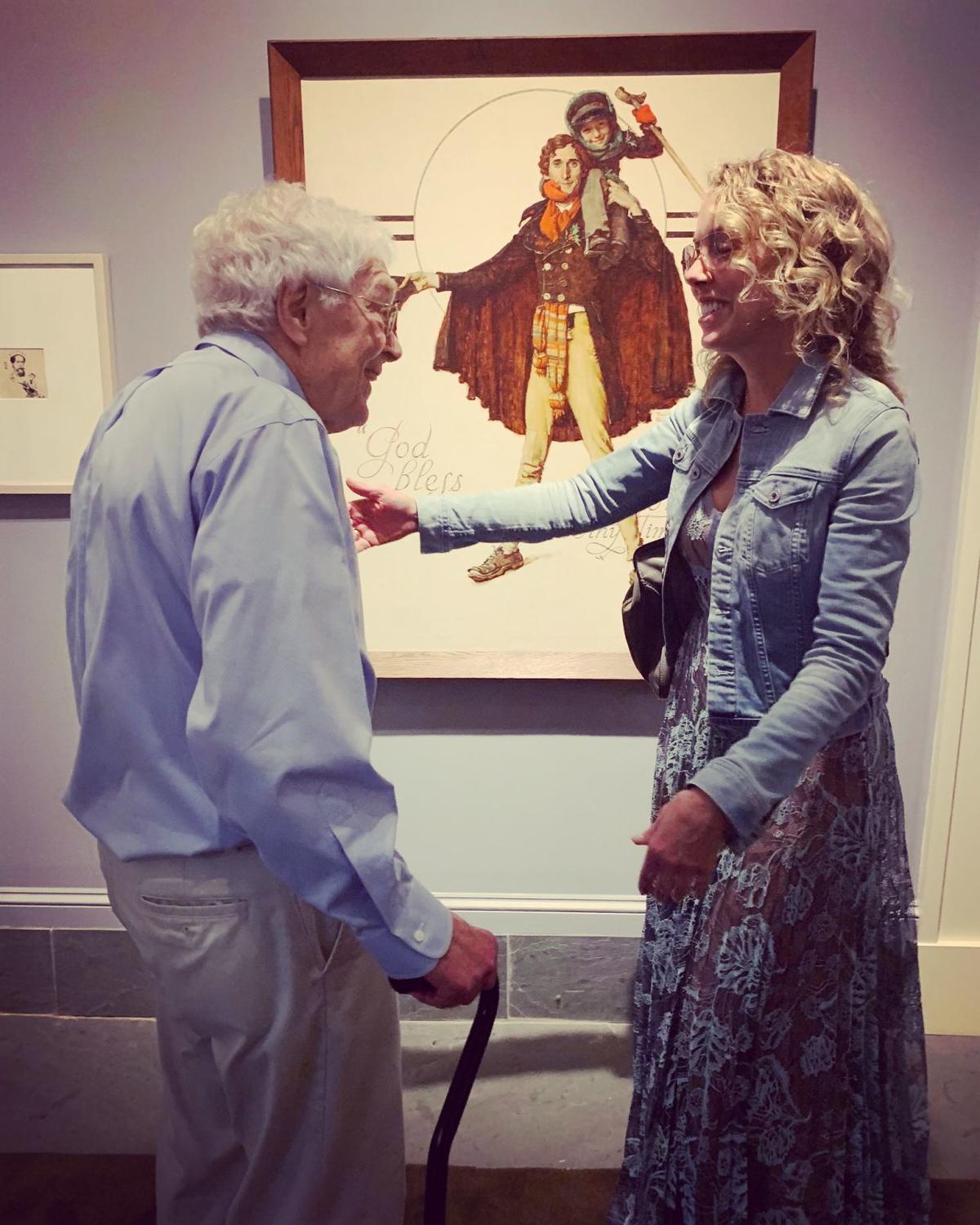 Abigail Rockwell, who was to perform with the University of Mary Washington Philharmonic, continues to look into her grandfather’s life and work because she feels it is illustrative of a shared humanity.

When Norman Rockwell painted his portrait of Little Rock's Ruby Bridges, on the way to school flanked by U.S. marshals and beset with the torment of an adult world rife with racism, he wanted to get the effect of tomatoes smashed against the wall just right.

So, he took his wife Molly’s garden tomatoes, which she set out to ripen, and he tossed them against an outside wall to see how they splattered.

It’s a dedication to craft that his granddaughter Abigail Rockwell carries with her, even if she remembers how annoyed Molly was to see her home-grown tomatoes dripping down a wall. Only, she expresses herself as a jazz musician, and she remembers the great artist as “Pop.”

Abigail Rockwell was set to perform her own narration for her grandfather’s work in Fredericksburg last week, with the University of Mary Washington’s Philharmonic Orchestra during its March Masterworks “Rockwell Reflections” event. The performance centered around Stella Sung’s composition “Rockwell Reflections,” in which each movement is based on one of Norman Rockwell’s paintings.

Echoed in the music are Rockwell’s paintings “Artist Facing a Blank Canvas,” an expression of his own creative process; “The Stay at Homes,” showing an old man, a boy and a dog looking at the sea; “Checkers,” of a game of checkers played by circus performers; “Murder in Mississippi,” his 1965 response to racialized murder; and “The Peace Corps,” which evokes the legacy of John F. Kennedy. While the orchestra plays, the portraits are projected on a screen.

Abigail became involved after UMW Philharmonic conductor Kevin Bartram approached her. She didn’t know about the piece before, but said “it brought her to tears” when she heard it. Even though the college has canceled public events for the foreseeable future, she has sent the narration to UMW students as a recording.

She said letting music and art speak in an event like this is a heady mix.

“It’s powerful, the mixing of art, music and biography, at a time when we need to believe in goodness of people again in this country, in the world,” she said. “Wedded to Pop’s work is the feeling of an essential belief in people.”

An artist in her own right, Rockwell has been investigating her grandfather’s work and life for seven years, to understand him as a man and an artist. She said she has been able to understand him in a way others can’t because she had access to personal letters and recordings.

The culmination of her lengthy investigation into her grandfather’s life was recently editing the Definitive Edition of his classic 1960 autobiography “My Adventures as an Illustrator.” She curated more than 170 illustrations, restored the text and wrote an introduction, which included new information on his life and work. She even found unseen photos to share and designed the front cover.

“It was a labor of love and research,” she said.

She is continuing to look into his life and work because she feels it is illustrative of a shared humanity. Through the letters she read, a concern for his wife and children comes through and a true portrait of the artist, separate from what she knew as his grandchild, comes forward. But most of all, he comes forth through his work as “a quiet giant.”

“Character is revealed when we are pressed to our greatest edge often by circumstances beyond our control—and without exception, in all the intimate letters I discovered, and in all my research, Norman Rockwell was the embodiment of his paintings,” she said. “He revealed an undaunted love of humanity, a ceaseless drive for perfection with his work, and a kindness, forbearance and loyalty to those around him in his most hidden moments.”

She said that while he loved music, but he didn’t listen to music when painting. Rockwell listened to Dodgers games over the radio but never knew the score, simply liking the company of the game. And, she remembered, he liked to be read to.

But on one of the Dictaphone tapes he made toward the end of his life, recording memories for family, he described a self-portrait by Rembrandt he’d seen at the Frick and compared it to music.

“And he likened that to a symphony orchestra,” she said. “The largeness of it and its mastery. … All great art is connected by mastery and focus of vision.”

While Rockwell’s Saturday Evening Post covers and paintings of quaint Americana are remembered fondly, she said it’s false that his work was not political. But that doesn’t mean it was divisive.

In the 1960s, after his period with the Saturday Evening Post, Rockwell’s work transcended his previous oeuvre.

It became the soul of the country’s cultural consciousness, she said, connecting the essential humanity in Americans with that painting of Ruby Bridges called “The Problem We All Live With.” The painting makes the little girl the focus in the midst of hate and adult terrors and shows a kind of mastery his granddaughter said he had been working toward for a long time.

It was during the same period that he painted his “Golden Rule,” uniting the faiths of the world on one canvas, which she described as “the sum of his work.”

On a personal level, she hopes those viewing his work understand that the artist was simply a man.

“In each painting, he was trying to get to that place of mastery,” she said. “He kept going and going. He took that basic talent and expanded it.”

That’s her advice for all artists: to speak up and to keep going.

Her most recent album, “Autumn Noir,” was released in 2018 to acclaim for its respect of jazz transition and incredible vocal technique.

She “discovered the music that was made for my voice” through a tape of Sarah Vaughan her mother gave her. Vaughan’s range was similar to hers and the classic jazz standards she sang suited Rockwell’s voice. Through further training and performing, she found her natural voice and freed it from her early jazz experiments.

Her ambitions are much the same as her grandfather’s: to strive to reach a place of mastery with her work and try to touch people’s lives through her music and writing, she said.

Rockwell continued, “The closer we get to our own raw, ground truth and marry that truth with a carefully honed technique—we reach out to others and perhaps elevate or shift their perspectives in that moment of sharing, provide a moment of empathy, understanding, a sense of oneness that none of us are alone on this journey through life—it’s always a shared experience. The good and the difficult, we share that together. And we endure it together.”

In promoting his work, she hopes, too, to bring the humanity of him as a man and artist to the forefront. For both Rockwells—Norman and Abigail—their genius is in bringing forth the essential goodness of humanity, and of embracing the whole heart of their subjects, whether that’s distinctly American portraiture of the untamable crescendos and descents of jazz.

UMW Philharmonic's March Masterworks concert, "Portraits, has been canceled. According to the group's website, there will  be no postponement and refunds will be given upon request at the end of the season, after May 1. umwphilharmonic.com