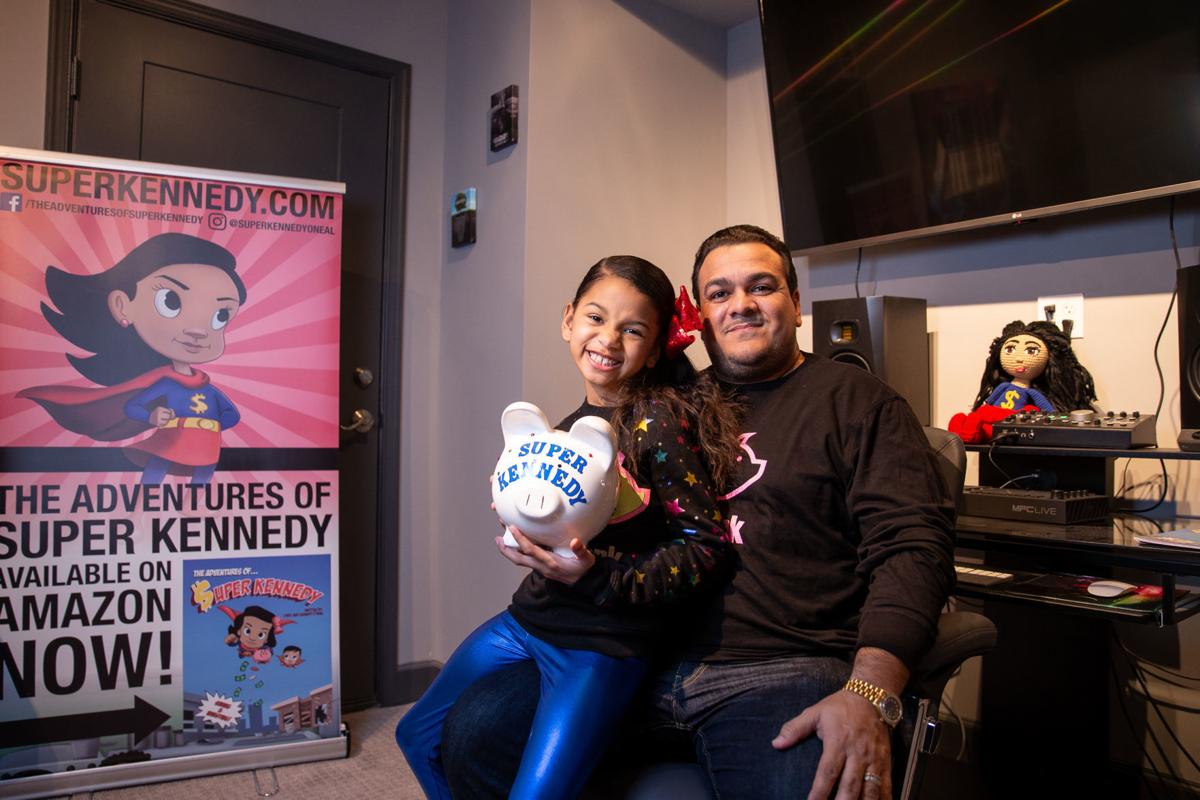 Chris O’Neal and his daughter Kennedy wrote and recorded a rap song called ‘Piggy Bank’ to inspire kids to save money. 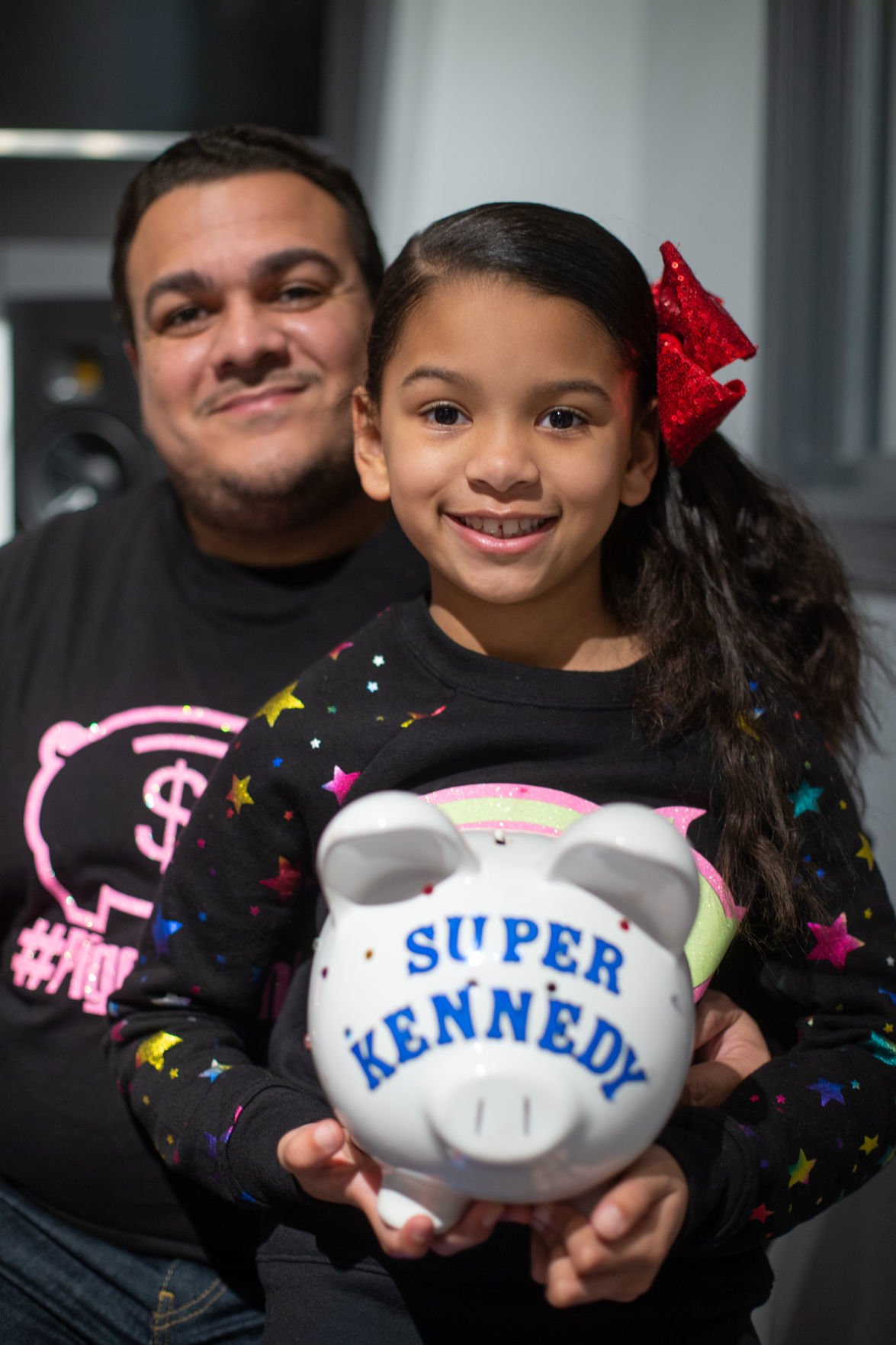 Chris O’Neal holds daughter Kennedy, who has a rap song that encourages kids to save.

Chris O’Neal and his daughter Kennedy wrote and recorded a rap song called ‘Piggy Bank’ to inspire kids to save money.

Chris O’Neal holds daughter Kennedy, who has a rap song that encourages kids to save.

Two years ago, then-5-year-old Spotsylvania County resident Kennedy O’Neal—with the help of her parents, Chris and Sabrina—wrote “The Adventures of Super Kennedy,” a book for children about the importance of saving and investing.

The book sold more than 10,000 copies and Kennedy appeared on “Good Morning America” in 2018 to talk about her fascination with saving up shiny coins and “the green”—a fascination that started when she was in diapers, Chris O’Neal said.

Now Kennedy is back with a rap single and video, “Piggy Bank,” which was released Jan. 1.

“A hundred dollars? Thanks! I’mma put that in my bank / When I go check my account, I don’t want that to be blank,” raps Kennedy in the song, which she wrote with her father and his Fredericksburg-area friends, DJ Chub and Tae Giovannia.

The song and video are the next step in the O’Neal family’s mission to inspire people to invest in themselves, starting at a young age.

“We wanted another way to teach kids about saving and investing,” said O’Neal, a real estate agent and author of “Done Deal: What ‘They’ Never Told You About Money.” “Now, it seems like kids can recite a song faster than something from a book.”

The O’Neals recently moved to a new house in Spotsylvania and the first room that was finished was a basement studio for recording the track—much to his wife’s chagrin, O’Neal joked. Kennedy listened to the song’s beat through headphones as she rapped her vocals.

“For it to be her first experience in a studio, it went really well,” O’Neal said. “After she heard the first playback of her voice, a light bulb went off.”

It was filmed in New York City and at several local sites—Target in Central Park, Funland of Fredericksburg and Foode, a downtown restaurant located in what used to be a bank.

“They let us use their vault,” O’Neal said.

The video shows Kennedy doing chores around the house to earn money for her piggy bank, shopping at Target and partying with friends at Fun Land.

Kennedy said her favorite part of shooting the video was getting to drop a piggy bank and watch it smash to pieces.

O’Neal said he plans to promote the video through social media.

His plan includes reaching out to rapper 50 Cent, who is name-dropped in “Piggy Bank” because he often uses social media to troll people who owe him money.

“We’re going to send him the video and he’s going to love it,” O’Neal said with a laugh.

Two years ago, Kennedy said she was saving up the money she earns from household chores and maintaining good grades to buy LOL Surprise dolls. Now, she’s aimed her sights at something bigger.

“I want a TV for my room,” she said—though her mom said that isn’t going to happen.

Kennedy wants to use her savings for a new TV and to help people. She’d like to see everyone in America have access to clean water and said she is also inspired by missionaries who speak at her church, Faith Baptist in Spotsylvania, about their work in Africa.

Next up for Kennedy is an album, which will include some gospel songs as well as more about saving and investing, O’Neal said.