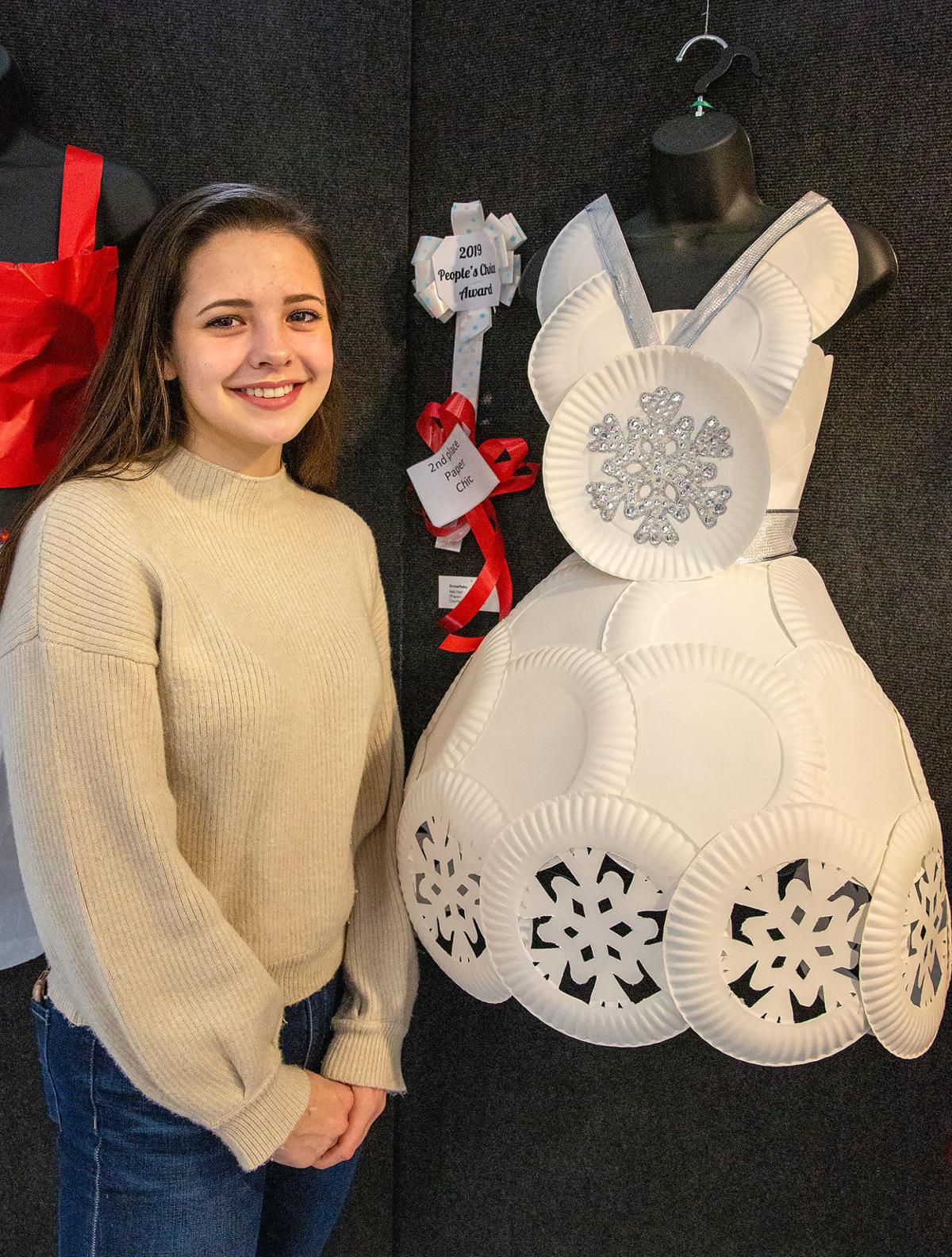 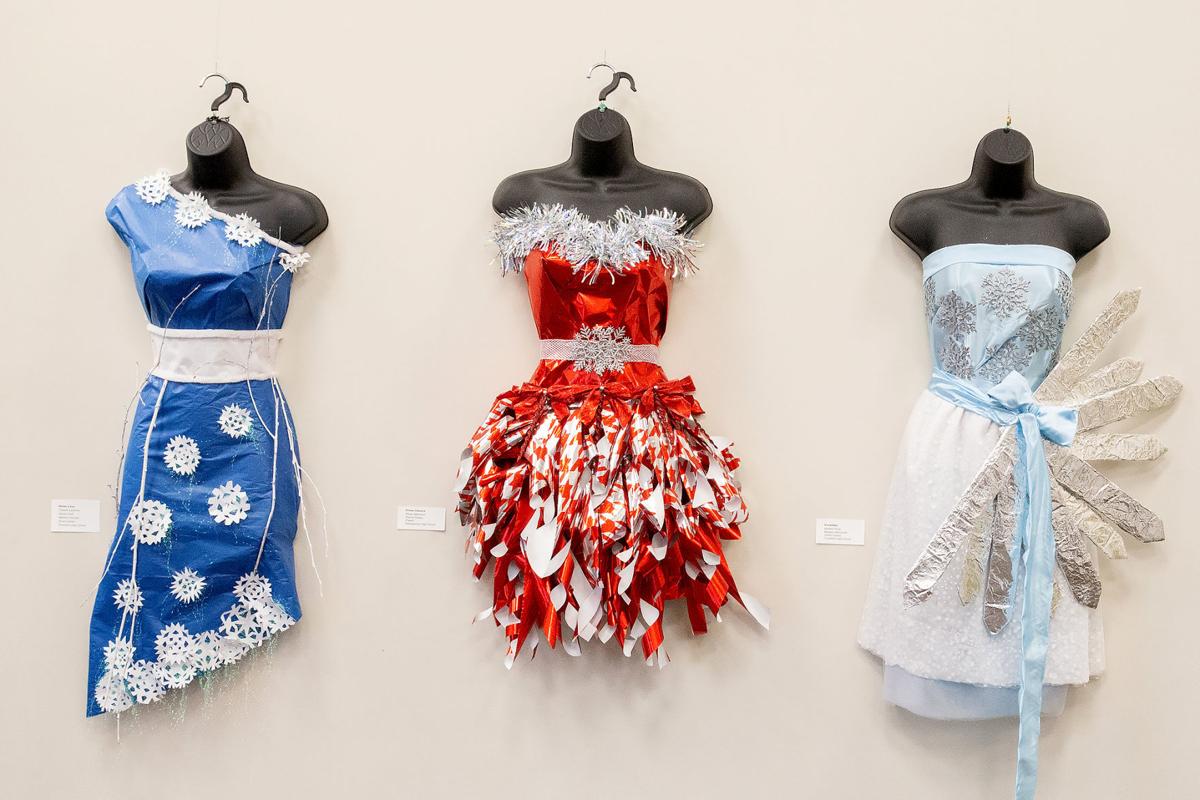 Dresses entered in a fashion contest by Spotsylvania students on display at the Salem Church Library.

Dresses entered in a fashion contest by Spotsylvania students on display at the Salem Church Library.

At first, Salem Church Library staff printed out 100 paper ballots for the community to vote for their favorite of the holiday dresses designed by fashion marketing students at the five Spotsylvania high schools.

But by the end of one weekend, “people started coming up to the circulation desk asking for more ballots,” said Mark Willis, who works in customer service at the library. “So we had to print some more real fast.”

After two weeks, 600 people had voted in the contest.

“We were absolutely amazed by the response,” said Ellen Saunders, a fashion marketing teacher at Massaponax High School.

Fashion marketing students designed the dresses as part of the annual Holiday Chic Couture Contest, a project now in its fourth year.

Students are tasked with designing a dress for a holiday party in one of two categories: avant garde and all-paper.

The idea is to get students thinking about the difference in material, design and appearance between a dress straight off the runway at a fashion show and one that the everyday person purchases at a store, Courtland High School fashion marketing teacher Jenee Pins said.

To ratchet up the tension, students—who could work individually or in groups of up to three—were given time limits, just like the contestants on the TV show “Project Runway.”

“They had three 90-minute class periods to make their dresses and one 45-minute brainstorming period to plan and buy materials,” Pins said.

Within the school division, a panel of judges awarded prizes to the the top three dresses in each category from each of the five schools, Pins said.

The schools used one of the meeting rooms at the Salem Church Library to display the winning six dresses from each school.

But Willis, who hangs the monthly art exhibits at the library, thought the dresses would make an eye-catching December exhibit. So he created a display in the hallway directly across from the library entrance.

“So many people came in, saw the sign saying the dresses were part of a contest and asked how they could vote,” Willis said.

The library put out a ballot box so the community could vote for a People’s Choice winner.

“It was really nice to see families interacting together,” said Pamela Smith, Salem Church Library branch manager. “Kids would come in and go, ‘Mommy, look!’ [The dresses] really gave a festive feel to the library.”

Courtland senior Mia Hall won the People’s Choice award for her snowflake dress, which she made entirely out of paper plates.

“I’ve participated for the past two years, and I’ve always done newspaper dresses,” Hall said. “I wanted to do something different this year. I Googled some images and found a paper plate dress and I gave it sort of a winter spin with snowflakes.”

Other entries are just as creative and resourceful. Courtland student Maddie Bakalov’s “Polar Express”-themed dress has a bodice made of gold train tickets and a skirt embellished with flickering Christmas lights. A dress with a skirt made from faux evergreen branches was designed by Riverbend High School students Abby Herrick, Emma Hendrickson and Ashley O’York. Madeline Woodard of Spotsylvania High School made a dress covered with handmade white paper roses.Riverbend students Joanne Bae and Quinn Tetzlaff made a dress inspired by Krampus, the half-goat, half-demon anti-Santa Claus who terrorizes children at Christmas time in European folklore. It features a shredded fur cape and a handmade gilded cornucopia and wreath of birch branches.

“We’re really thrilled with the creativity of our students,” Smith said.

After this year’s success, Saunders said next year’s Holiday Chic Couture Contest will definitely have a People’s Choice element.

The dresses will be on display at the Salem Church Library through Friday.