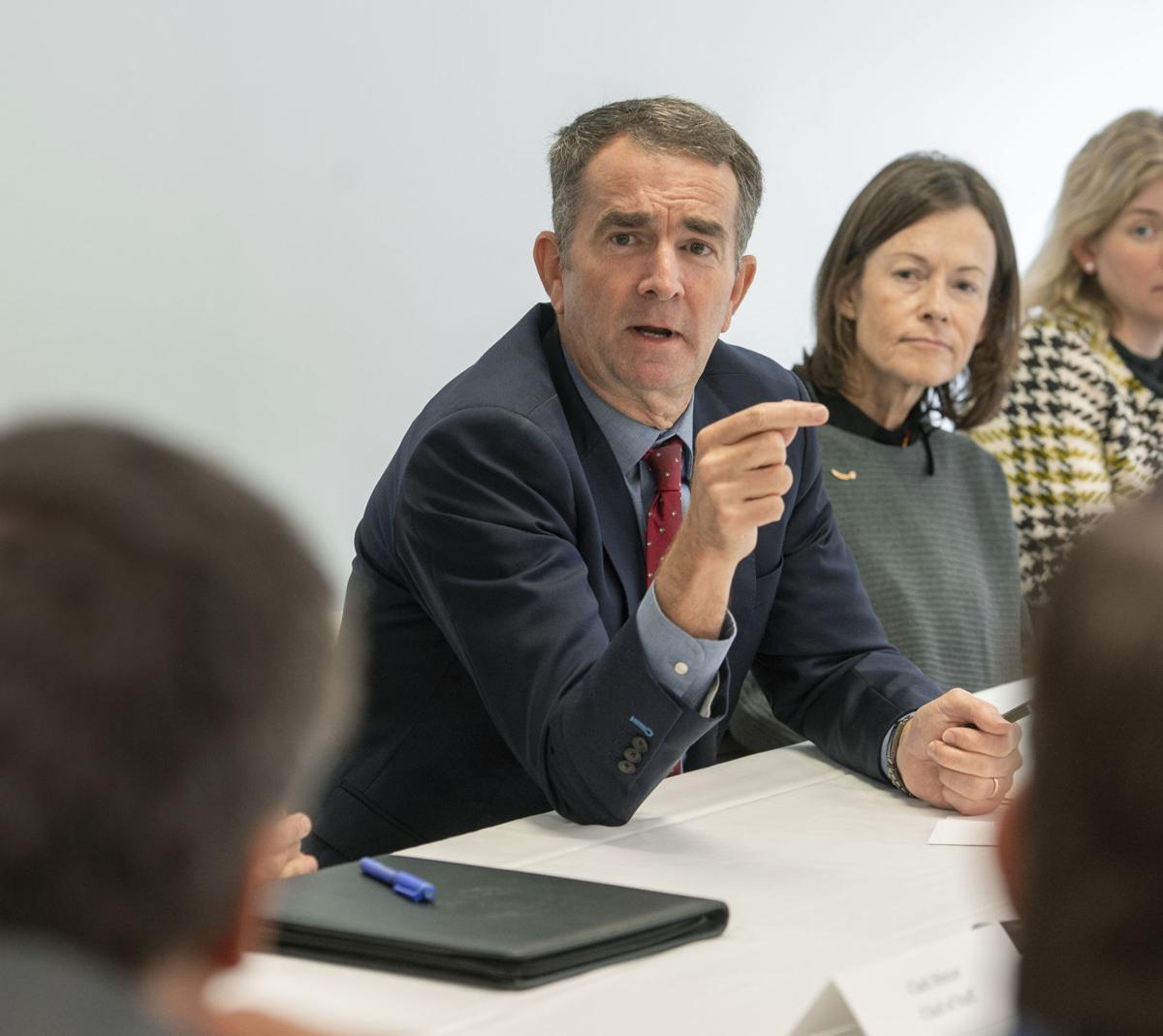 Virginia Gov. Ralph Northam speaks with area lawmakers and business owners during a meeting in St. Paul, Virginia, in October.

Virginia Gov. Ralph Northam delivers his State of the Commonwealth address before a joint session of the Assembly at the state Capitol in Richmond on Wednesday.

Virginia Gov. Ralph Northam speaks with area lawmakers and business owners during a meeting in St. Paul, Virginia, in October.

Virginia Gov. Ralph Northam delivers his State of the Commonwealth address before a joint session of the Assembly at the state Capitol in Richmond on Wednesday.

BRISTOL, Va.—Virginia Gov. Ralph Northam said Thursday he is “open” to legalized casino gaming but stopped short of saying he would sign whatever bill the General Assembly might advance.

The morning after his State of the Commonwealth Address to the state legislature, Northam addressed a number of issues, including the possibility of expanding gambling options, during an exclusive conference call with the Bristol Herald Courier editorial board.

Chief among multiple gaming bills filed with the Senate and House is legislation to permit one casino to operate in each of five cities: Bristol, Danville, Norfolk, Portsmouth and Richmond. The legislation, carried by Sen. Todd Pillion, R-Abingdon, and Sen. Ben Chafin, R-Lebanon, in the Senate and Del. Terry Kilgore, R-Gate City, in the House of Delegates, would also expand and empower the Virginia Lottery Board to oversee casinos and establish the framework to govern casino operations.

“It’s clear that there’s going to be a robust discussion in the General Assembly this year regarding legalized gaming. There are several proposals on the table. These are going to be thoroughly vetted by our legislators,” Northam said. “My philosophy is Virginia needs to be very thoughtful in its approach. If we’re going to expand gambling, we need to do it responsibly.”

This same legislation was approved last year and signed by the governor, but it authorized a study of the potential impacts of gaming in Virginia and a review of how other states supervise casinos and now must be reapproved by the General Assembly in 2020.

“We also need to be mindful of how legalizing additional gaming options would affect the Virginia Lottery,” Northam said. “The lottery has helped generate [nearly $10 billion] to our public schools and that system was created 30 years ago.”

Lottery proceeds for Virginia’s K-12 public education are projected to “slightly” decline by about $30 million annually, or 3.6%, according to the JLARC report.

Northam also noted the state allows betting on historical horse racing games, and that could be impacted by casino gaming.

The Colonial Downs Group announced in November it generated $5.9 million in tax revenues for the state and $3.7 million in tax revenues for its localities through the first six months of 2019. Rosie’s has also awarded prizes totaling more than $674 million from historic horse racing and $17.5 million for pari-mutuel wagering during that same period.

Casino gaming is expected to have a 45% impact on HHR gaming, according to the JLARC report, but not negatively impact revenue from traditional horse racing wagering.

“At last count, there are at least five, maybe six areas, that are interested in casinos—Portsmouth, Norfolk, Danville, Richmond, there in Bristol and, I think most recently, NOVA [northern Virginia] has expressed some interest,” Northam said. “We also have sports betting that is on the table, and we have games of skill. There are really a lot of options out there right now. I’m open to it—and I’ve said that all along. As governor, I just want to be sure we move forward responsibly when we do it.”

The governor called it “a little bit early” to commit to signing whatever gaming bill comes out of the General Assembly.

“I’ve always taken the position that [some] people enjoy going into casinos; they find it as a form of entertainment,” Northam said. “And the reality is, when individuals in Virginia travel across state lines, it’s taking a lot of revenue out of Virginia and giving it to other states.”

During the 25-minute conversation, the governor also responded to questions about gun control legislation and the Second Amendment, education funding, passenger rail, economic development and a myriad of issues related to jail overcrowding.