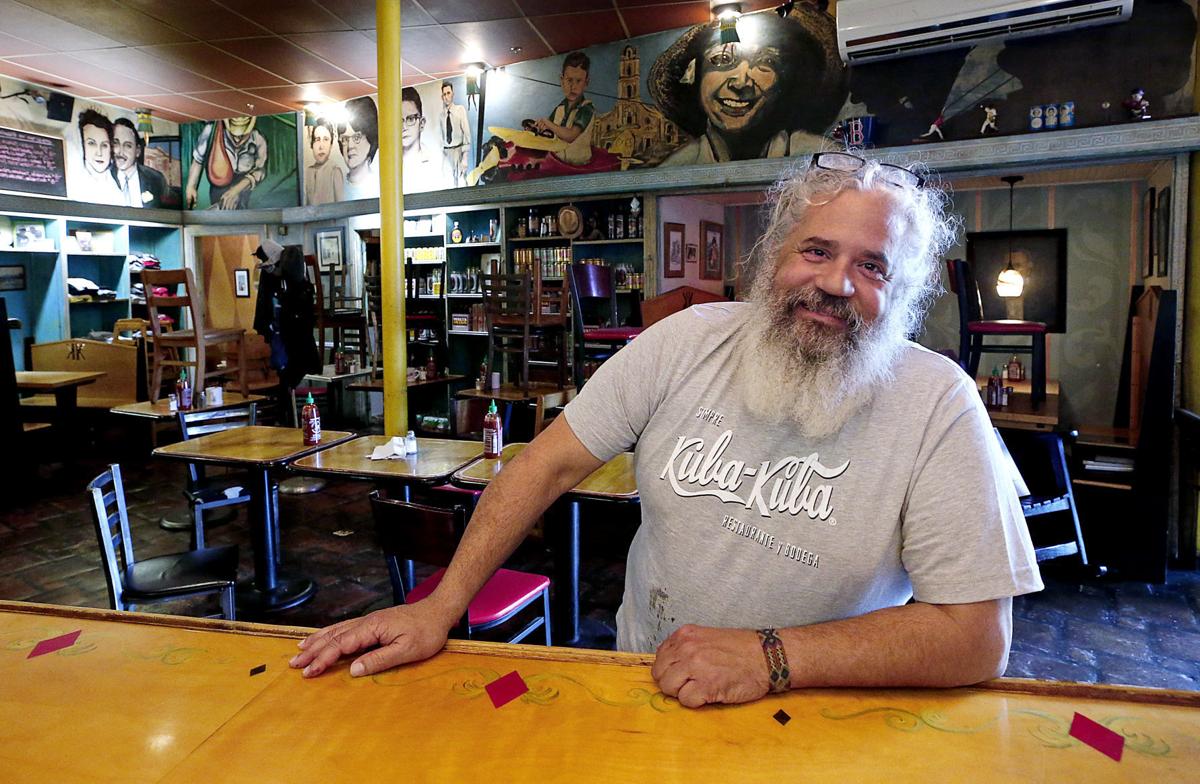 Manny Mendez, who has a stake in four restaurants that shut in mid-March, said having to pare back rent payments ‘was embarrassing.’ On Friday, he said he was writing rent checks after getting money from a small-business loan. 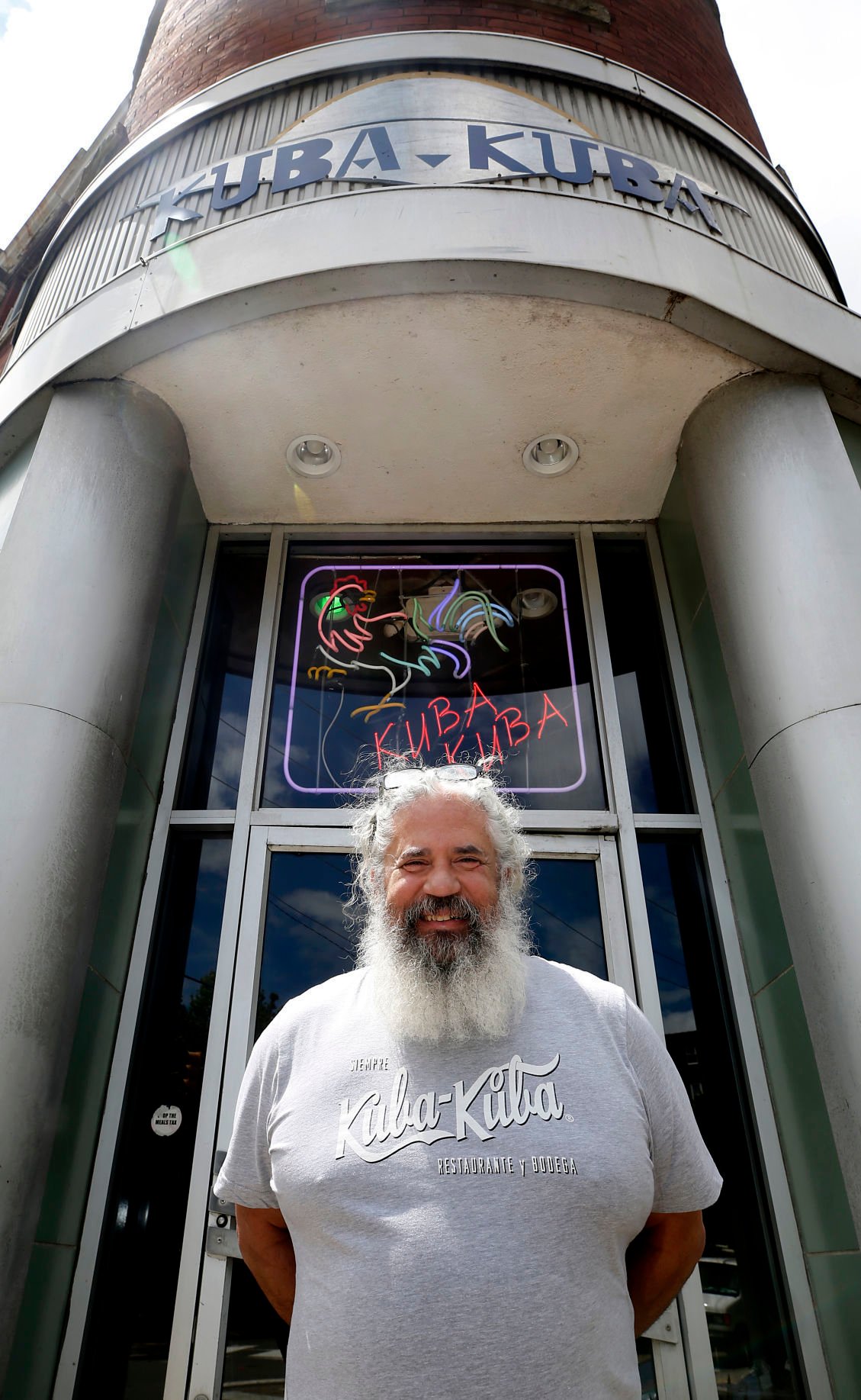 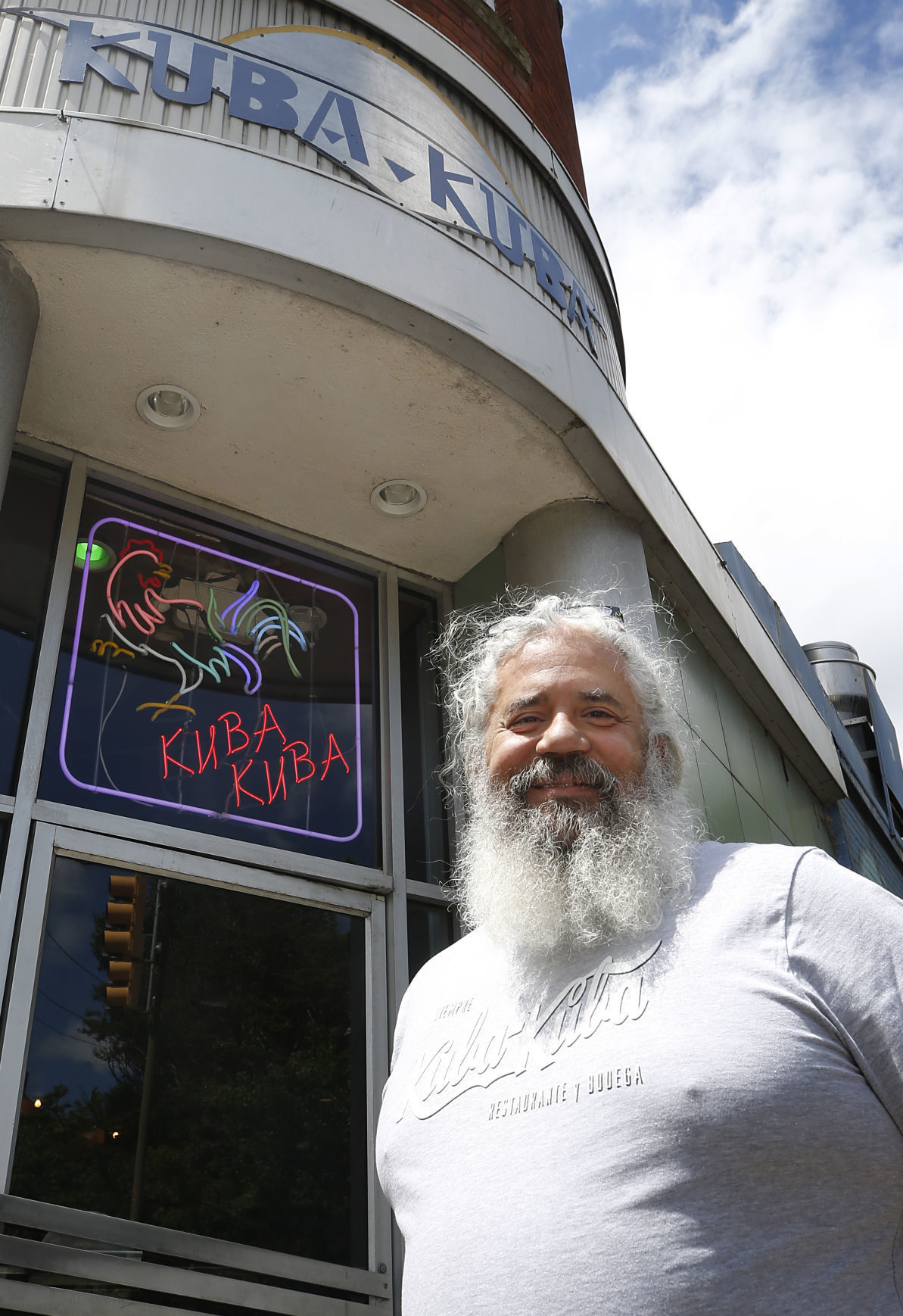 Manny Mendez stopped paying rent entirely in April at his Kuba Kuba location in Richmond’s Fan District. He said the restaurant will open next week for takeout. 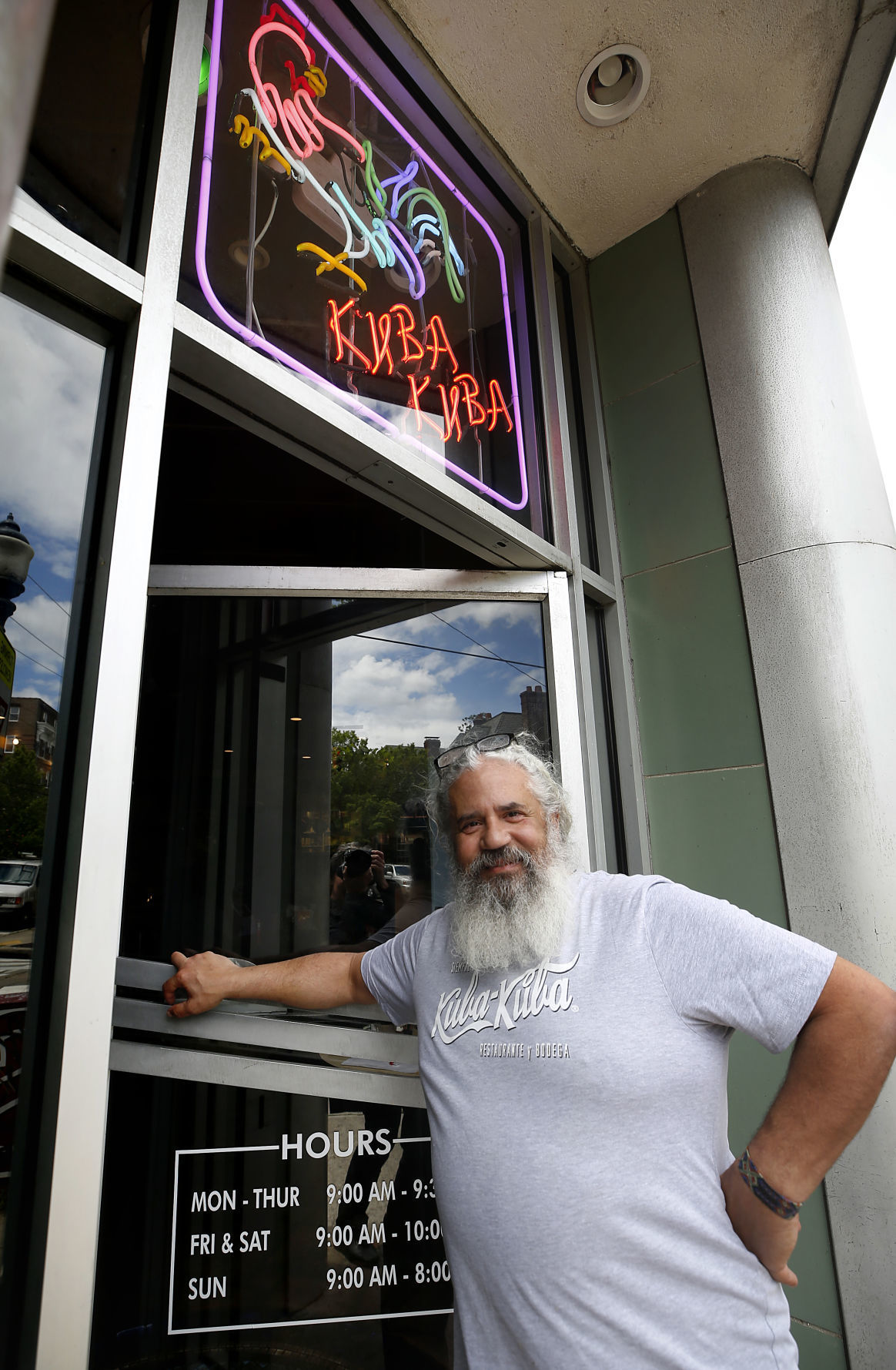 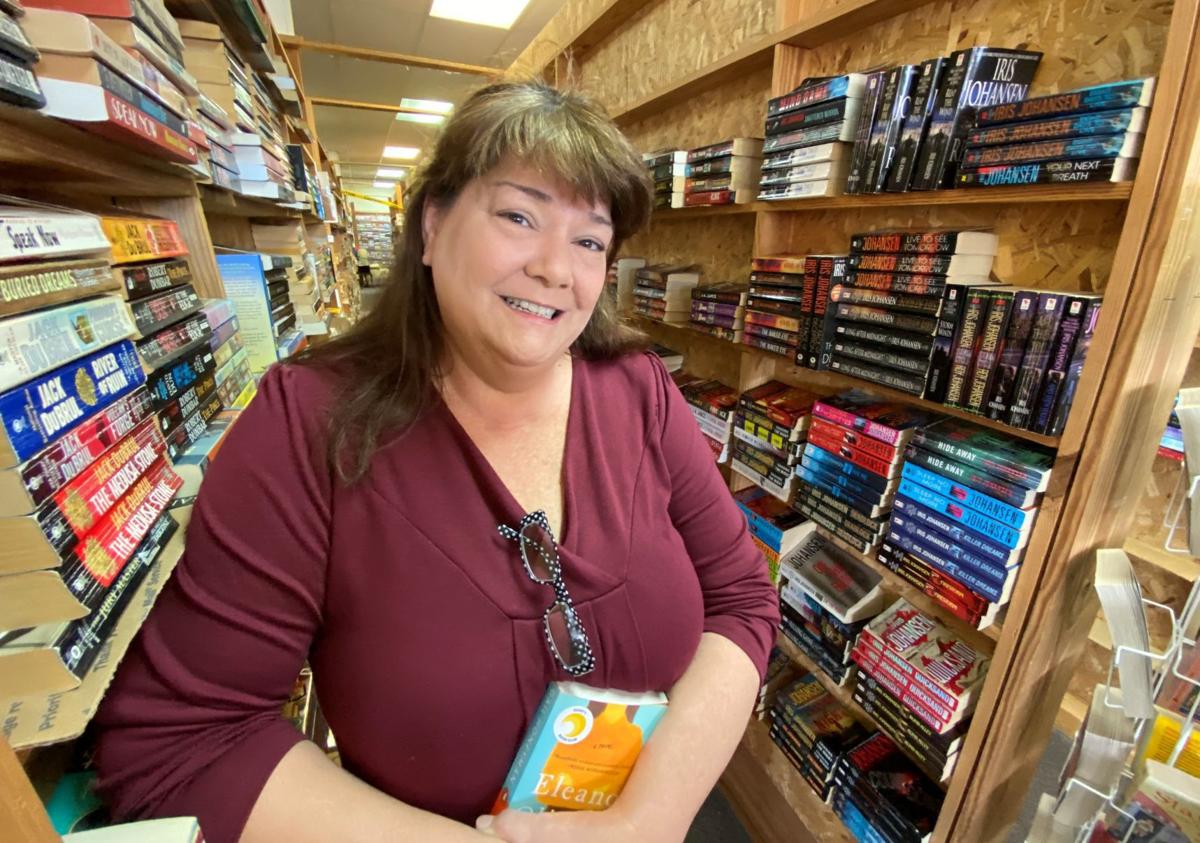 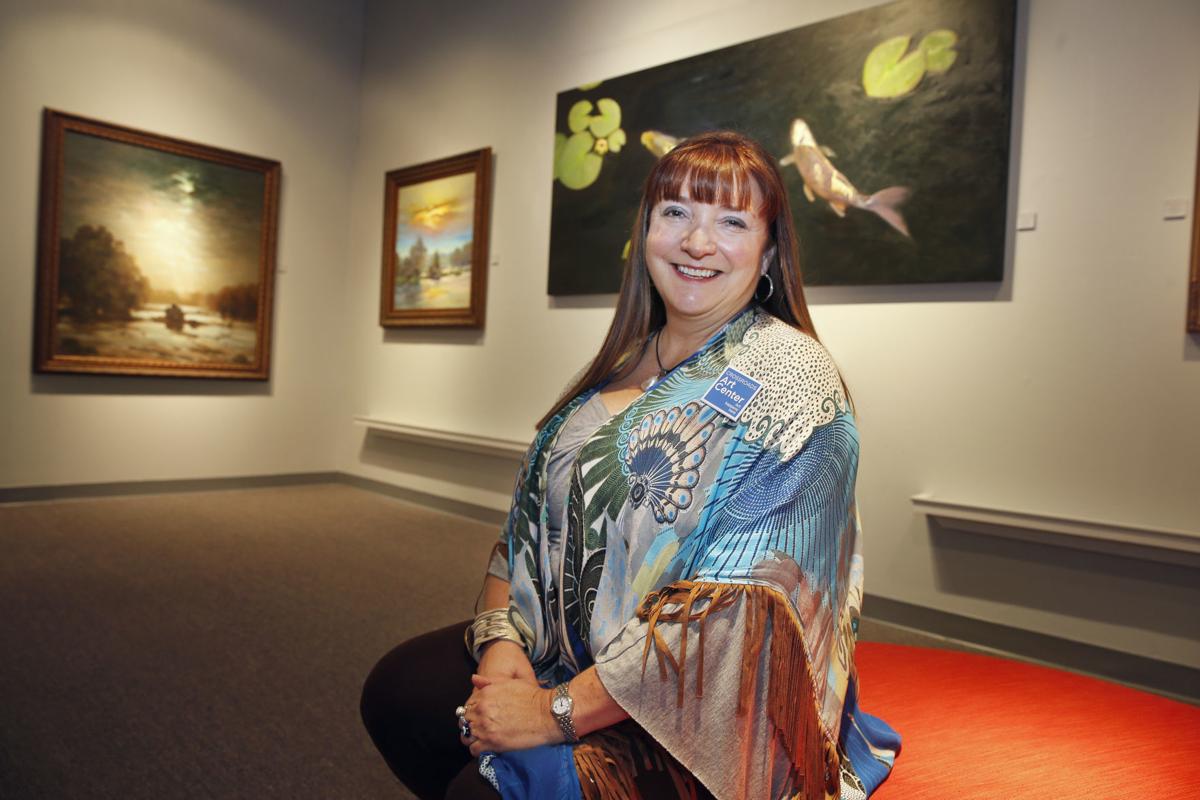 Manny Mendez, who has a stake in four restaurants that shut in mid-March, said having to pare back rent payments ‘was embarrassing.’ On Friday, he said he was writing rent checks after getting money from a small-business loan.

Manny Mendez stopped paying rent entirely in April at his Kuba Kuba location in Richmond’s Fan District. He said the restaurant will open next week for takeout.

Rents on commercial properties were due Friday.

But many businesses have been struggling to keep up with their rent as the coronavirus pandemic has closed their doors and cut off revenue.

Some tenants say they are paying their rent, while others said they have struggled financially and can’t make the payment and have asked to defer it.

It’s unclear how many business this month missed their May rent payment. Property managers said they didn’t have firm figures on how rent payments were shaping up, noting that leases contain grace periods typically of five to 10 days into the month to make a payment.

When businesses closed in March and through April, the money to cover expenses like rent vanished. That’s left businesses, particularly those in the hard-hit retail sector, asking their landlord to give them a break on their rent until they can see revenue return.

Martha Graydon, who owns the Midlothian Book Exchange in the Village Marketplace Shopping Center in Chesterfield County, said she was able to defer her April and May rent since her used bookstore has been closed for weeks.

“I worked it out with them,” Graydon said about her landlord. “It gives me some breathing room.”

Lisa McSherry, who owns Lex’s of Carytown and Mamie’s Apothecary, said that the landlord of the building where her two West Cary Street businesses shut down on March 17 called her out of the blue and told her that his bank had deferred his mortgage payments for May and June. So the landlord decided not to charge her rent for those months right now.

Instead, the landlord is going to add two months rent to the end of her lease, McSherry said.

McSherry was grateful to her landlord for doing that, adding that she doesn’t know what she would have done if her rent hadn’t been deferred. Her Lex’s of Carytown formalwear store shut down right in the middle of prom season when she normally brings in 80% of her annual sales.

“I have not had any money coming in since March 17,” McSherry said.

The economic downturn has led to “a delicate balancing act” between the needs of the tenants and the needs of the landlord, said Joe Marchetti Jr., managing director at commercial real estate brokerage Colliers International’s Richmond area office, said

“The tenants have leases, and the landlords have mortgages,” Marchetti said. “So you’ve kind of got a catch-22 situation.”

In April, rent collections from retail businesses on properties that Colliers manages declined by about 35 percent amid the pandemic, Marchetti said. While some restaurants can shift at least some of their business to take out orders, hair and nail salons have been shuttered, Marchetti noted.

“Most of those [not paying rent] are in locally-owned stores and restaurants,” Marchetti said.

Some large retail tenants failed to pay April rent include Burlington Stores, Petco, Louis Vuitton, Victoria’s Secret and Staples, according to The Real Deal, a publication that focuses on the commercial and residential real estate industry.

Most landlords have asked Colliers to send rent relief packages to tenants asking them to document what has happened to their sales, and what their outlook for future business looks like, Marchetti said.

Some landlords and tenants are working out different ways to deal with the revenue declines that have sapped rent payments, said Lee Warfield, chairman, president and CEO of Henrico County-based Cushman & Wakefield | Thalhimer, the commercial real estate brokerage that also manages 30 million square feet of commercial space in Virginia.

Sometimes a tenant is allowed to not pay rent, but then that unpaid rent is tacked on as an extra expense that is spread out among the remaining months on a lease. Other times, the months of unpaid rent are added on to the back end of the lease, Warfield said.

“There are various ways to address it,” Warfield said. “There’s no one right way, and it really comes down the decisions by the property [owner] of what they can live with and what the tenant can live with.”

Duke Dodson, the founder and CEO of Richmond-based Dodson Property Management, said as retailers are faced with a revenue pinch, landlords also have expenses on their own side of the ledger. In addition to paying the mortgage, property owners have to pay for utilities, insurance and taxes, he said.

“They’re asking their commercial tenants to pay rent if they can because the landlord has to pay these things now,” Dodson said.

Lenders have been working with landlords to ease mortgage payments amid the pandemic, Dodson said.

“What I have witnessed is lenders working with landlords and landlords working with the tenants, everyone kind of working together to try to get through this,” Dodson said.

James Ashby IV, a senior vice president at Cushman & Wakefield | Thalhimer, said some lenders are allowing landlords of commercial properties to use money from reserve accounts to help pay their mortgage, a practice that’s usually not permitted because those accounts are typically set aside for capital expenses rather than mortgage payments.

The retail sector has been particularly hard hit, some property managers said the rent delinquencies have been less severe in other commercial ventures, such as offices.

“I would say most office users are paying full rent—not all—but most,” Dodson said.

Jenni Kirby, the owner of the Crossroads Arts Center in Henrico that rents exhibition space to artists, said about 95 percent of the artists her business provides space to are paying their rent.

“We will be able to pay our rent to our landlord, Delmar Development, as long as the artists pay their rent to us,” Kirby wrote in an email. “So it is a chain—if we all hang in there and do our part we can make it through the crisis.”

Restaurant owner Manny Mendez stopped paying rent entirely in April at his Kuba Kuba location in the Fan District and at Galley in South Richmond.

He paid half the rent for the Kuba Kuba Dos location in Henrico by using money he had in the bank, Mendez said. He and his business partners own the building where Little Nickel restaurant in South Richmond is located.

All four restaurants shuttered in mid-March, Mendez said. Doing so cut off all revenue need to pay rent, he said.

“I think it was embarrassing, that’s the best I can say,” Mendez said of having to pare back rent payments.

On Friday, he said he was writing rent checks after getting money from a small business loan.

Bill Beville, who owns Beville properties in Richmond, said he has a retailer in one of his buildings in the Fan District who told him the business couldn’t pay rent for April, May or June.

Beville, who declined to identify the retailer, agreed to temporarily halt rent payments.

Beville said he had little alternative but to skip rent for now in return for the retailer paying the missed back rent over a year-and-a half rather than having the business move out of his building.

“The last thing I want is a boarded-up retail business for rent in this marketplace,” Beville said.