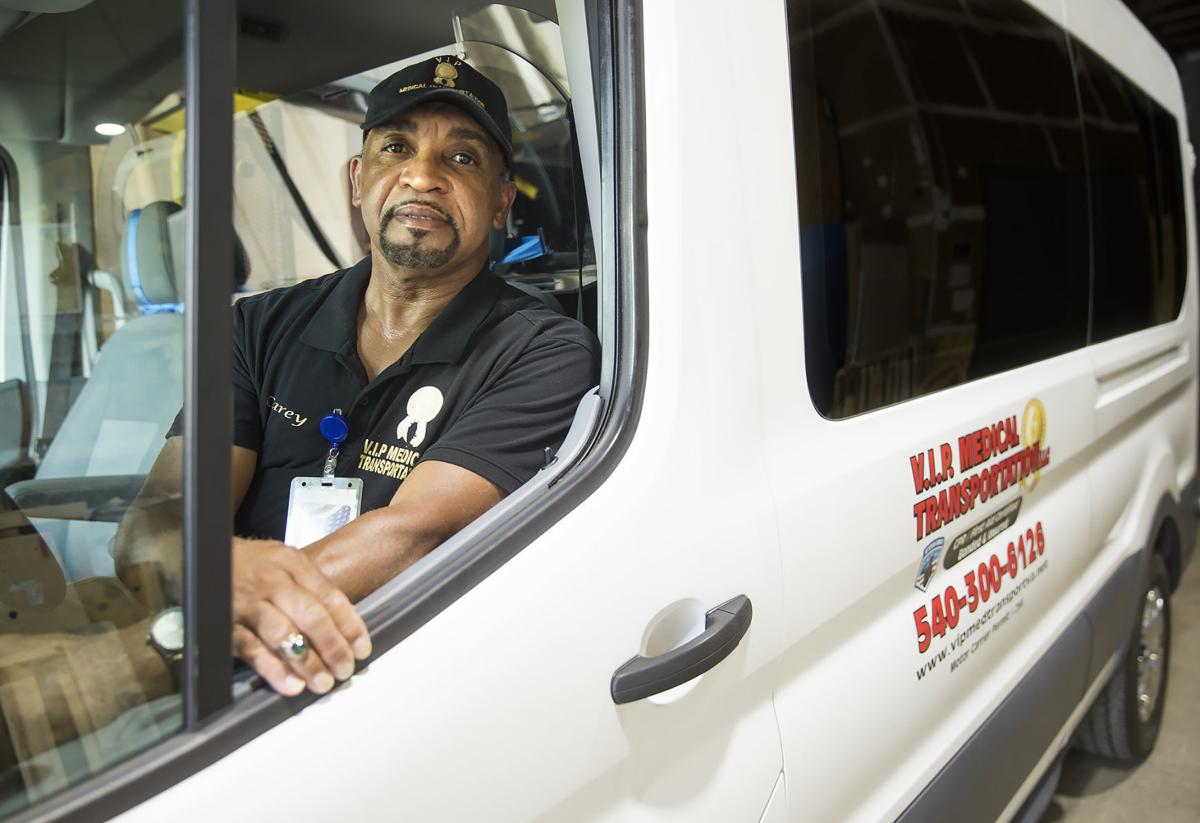 Carey Smith opened VIP Medical Transportation after being inspired by his late son, Carey Smith Jr., who taught him that all people, no matter what their infirmity or condition, are special and should be treated as such. 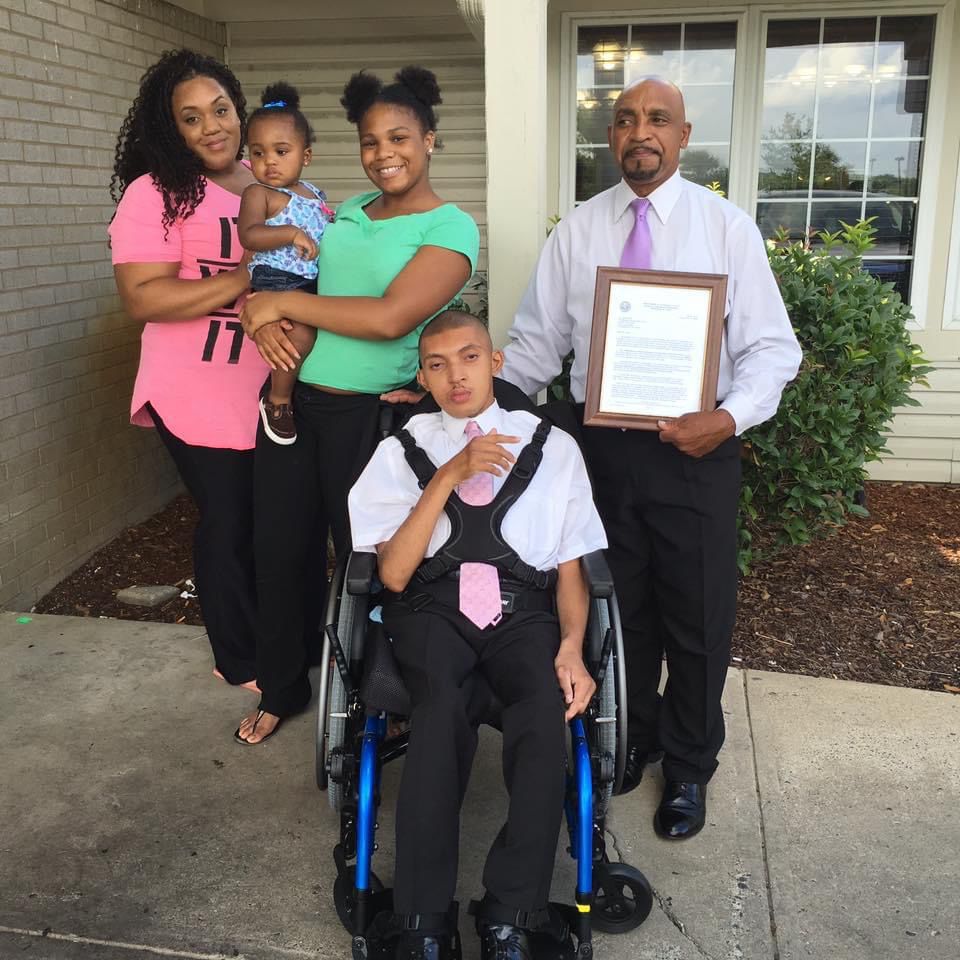 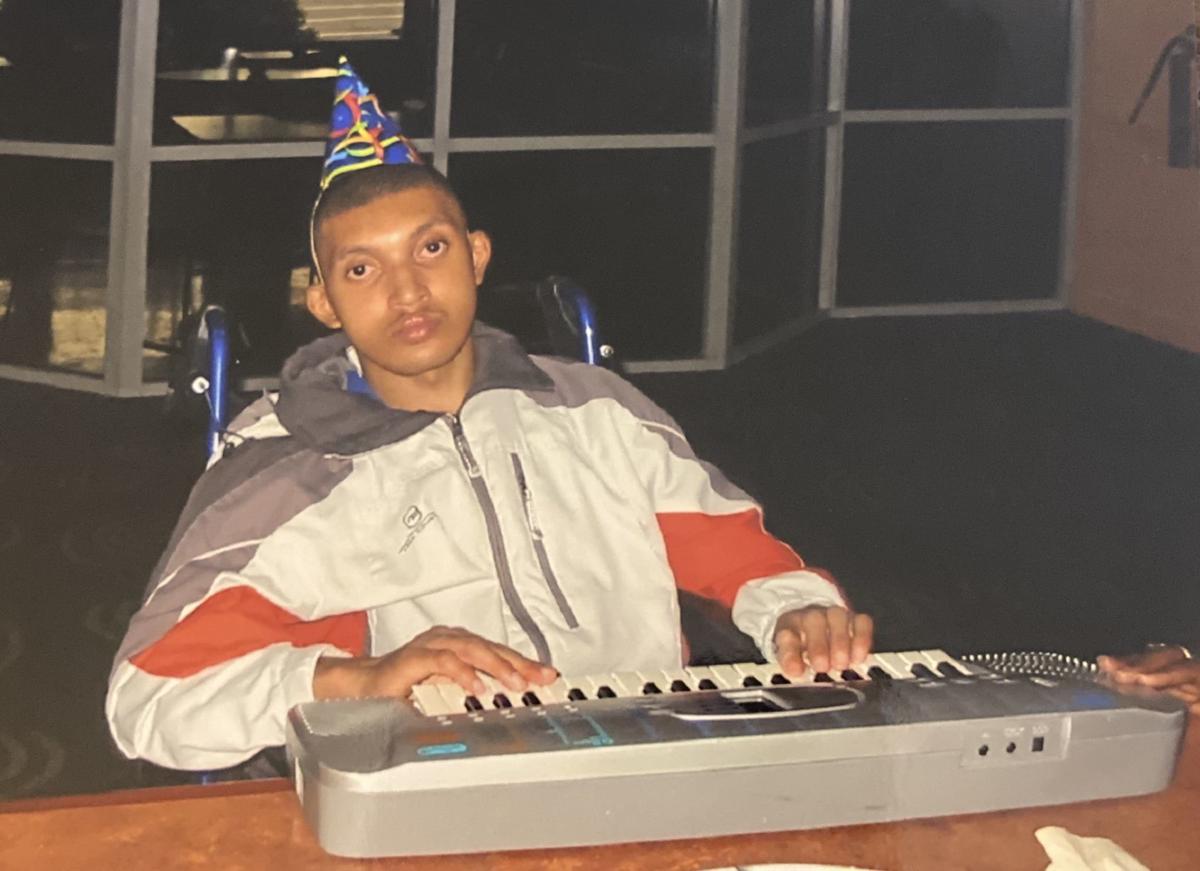 Carey Smith Jr. died two years ago, and his dad, Carey Smith, says he’ll be thinking about his late son this Father’s Day.

Carey Smith opened VIP Medical Transportation after being inspired by his late son, Carey Smith Jr., who taught him that all people, no matter what their infirmity or condition, are special and should be treated as such.

Carey Smith Jr. died two years ago, and his dad, Carey Smith, says he’ll be thinking about his late son this Father’s Day.

When Carey Smith finished a long career in the Army, the Defense Logistics Agency and the Pentagon late in 2013, he faced a question common to military retirees: What’s next?

Having spent much of his time working in transportation—including a stint in the White House Transport Agency shuttling staffers back and forth to Capitol Hill—Smith steered toward a business involving vehicles.

His other inspiration was his son, Carey Smith Jr., a person who never let his disabilities define him.

Over the years, the Smith family learned quite well what it took to care for and safely transport someone with mobility issues and other special needs. So the elder Smith thought it made perfect sense to blend his two loves into a new business.

What he came up with was VIP Medical Transportation, a company based in Spotsylvania County that since 2014 has been helping people who need transportation to everything from medical appointments to weddings.

“We work hard to help those who are in wheelchairs and have other special needs,” Smith said.

Carey Smith Jr. died two years ago, and Carey Smith said he’ll be thinking about his late son this Father’s Day. Not only did his son suggest the name of the business, but his love for music and playing the piano underscore the spirit of the company.

“Junior really gave us the inspiration on how to treat people, because his motto was that you need to treat everyone in life as a very important person,” said Carey.

By putting the VIP right in the company name, Smith said it set the goal to treat every customer like they are special, “because they are.”

It took a little while to build up a fleet of vehicles, get all the necessary permits and qualifications, conduct driver training and begin building a base of customers. The company serves the area between Caroline County and Northern Virginia, and business has been good.

“We have transported many, many people in this area, and thrive on taking care of veterans and senior citizens,” he said. “We also transport for schools, adult day care and we are well known throughout the region.”

He said every now and then, unusual situations present themselves.

“We even got a call one day from a lady from Arlington asking if we could take her father to a physician’s appointment,” said Smith. “When I got there and met him, turns out her father was Robert Michel,” a longtime member of the U.S. House of Representatives.

“We had a lot in common, as we were both veterans,” said Smith, “and had a nice talk on the way to the appointment and back.”

Smith said it took him a little while to learn the ropes in his business, though lessons learned working in military transportation, law enforcement and security have turned out to be good background for his medical transportation business.

“Every one of our drivers is put through very rigorous training in customer service, first aid, CPR and driving skills,” he said.

He and his employees work to stay safe during the COVID-19 outbreak, when his drivers have been called on to transport people to and from nursing homes. The business has also takes patients to physical therapy and dialysis sessions.

“We already were wearing gloves but we have also added masks and have outfitted the vehicles with plexi-shields to keep drivers and passengers apart and safe,” he said.

He said there are times when doing the right thing starts feeling like a challenge, though more often than not he’s realized good things follow when he does.

“On my very first transport, I had taken a lady to an eye appointment for surgery and I didn’t end up getting paid,” he said. “When I took her home, she told me that the doctor would pay for my services. Odd, because I’d never heard of a doctor doing that. And then she said I’d need to come take her to another eye appointment the following week.”

He was not at all surprised when the doctor didn’t pay him for the trip, and admitted to thinking long and hard about going to pick up the customer again the following week.

“But the way I was raised—to respect my elders and do right by them—convinced me that I needed to go and again take her to that next appointment,” he said. “When I did, she had two checks for me, one for each trip.”

Not long after that second transport, Smith said he was approached by someone at the eye clinic about making his company the regular transport for patients.

“I came out ahead by being faithful to the way I was taught,” he said. “That happens more than you’d think.”

Smith thinks a lot about the way his son still influences the business and how it operates.

“He truly left a lasting legacy that’s still strong today, helping people who need all kinds of special help,” he said. “It’s why we want to keep this going and continue showing people love and respect.”

Rob Hedelt writes for The Free Lance-Star. Contact him at 540/374-5415; rhedelt@freelancestar.com.